"Leo The Lion" Was Sent By God To Save Mankind
Odyssey
CurrentlySwoonLifestyleHealth & WellnessStudent LifeContent InspirationEntertainmentPolitics and ActivismSportsAdulting
About usAdvertiseTermsPrivacyDMCAContact us
® 2023 ODYSSEY
Welcome back
Sign in to comment to your favorite stories, participate in your community and interact with your friends
or
LOG IN WITH FACEBOOK
No account? Create one
Start writing a post
Entertainment

"Leo The Lion" Was Sent By God To Save Mankind 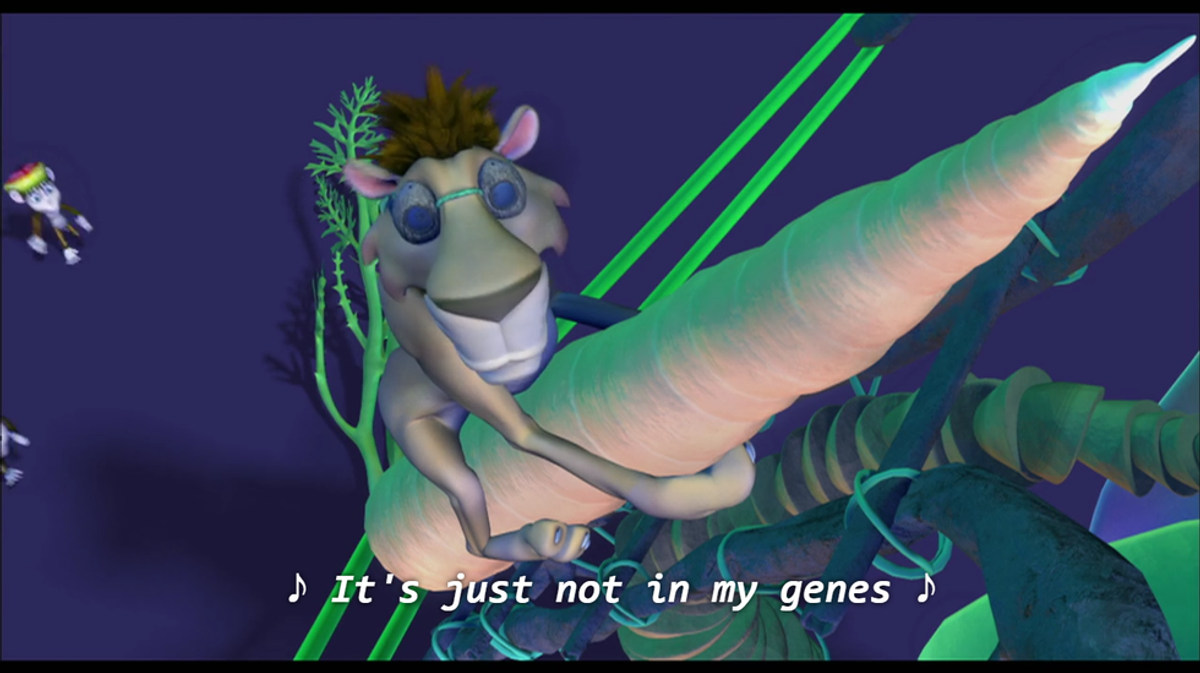 Movie critics, I am disappointed in you.

Why was Leo the Lion not the most highly acclaimed film of 2013?

Honestly, I find your lack of taste revolting.

I understand now that I am a prophet of sorts. It is my duty to spread the gospel of Leo around the globe; to share the rich adventures of the vegetarian lion and his toothless, antelope companion (husband?) and background monkeys in rasta hats; to sing the songs of old set to public domain guitar music and belted off the back of a carrot as it rockets to a banana moon; to kindle the flames of elephant/lion inter-species love and friendships forged in a cave of milk; to ensure that the trials and triumphs of the Italian animation studio live on…

You can find the film on Netflix. It may already be in your Recommendations list if you happen to be a small child or a furry.

Now that you’ve pulled up the film, click the title and begin watching. However if you, like me, are apprehensive about watching films without reading some reviews first, I have provided some first-hand accounts of the movie below.

“What Leo effectively demonstrates — besides the fact that hell is real and God is dead, if he ever even existed in the first place — is that the streaming-video websites are powered by bored children with undiscerning taste and a lot of free time.” - Select/All

“This movie is so insufferably bad that it seems reasonable to suspect that the meat industry bankrolled it in the hopes of turning off anyone who might be considering becoming a vegetarian.” - Common Sense Media

“Vegetarian lion threatens to kill a mother zebra if she doesn't breastfeed the child she thought was dead along with a monkey and cheetah.” - Letterboxd User, Ammon Miller

“Truly terrible film... Looks like an early 2000s video game, has no plot, pacing, or... It's not really worth reviewing actually.” - Letterboxd User, Gabe Godoi

“It seems as though an 8 year old worked with a vegan to make a fanfiction of the lion king.” - Common Sense Media User, Whet

“If your want your kids to get nightmares then this is the movie for you.” - Common Sense Media User, Lionkingfan

“I’ve seen this twice and literally never made it to the end because I got too drunk both times.” - Tumblr User, gaymilesedgeworth

“Life-changing. Spectacular. A cinematic masterpiece.” - Bridget Leyendecker, aka The Only Person Whose Opinion Matters

I imagine you may be confused, but you shouldn’t be. Leo is pretty straightforward: a lion becomes a vegetarian after his mom drowns so he also becomes afraid of water and an elephant has a baby and her husband is sabotaged by another elephant and taken away to a zoo and the other elephant becomes engaged to the mother elephant but the lion helps her through labor and adopts five children and takes them to a lake of milk before defeating the evil elephant and returning the children home. Also, a chameleon quotes Hamlet.

Now that we’ve covered the plot, I wanted to point out what I believe are Leo’s best features.

Was the film made using a first person shooter game? Probably. Do the animals look like 3D animated figures from a Tim Burton Safari Coloring Book? Perhaps. But it is the animation’s unique, artistic flair that makes it so great. You will literally not find this kind of animation anywhere else. Anywhere. Else. Also, clips are never recycled in the film. At no point in this film are clips from a helicopter flight at sunset used in a completely different helicopter flight in the middle of the night. This does not happen.

Moments like this made me want to settle down with an elephant as dashing and brave as Eli Phant. The recollection of the mother elephant, Savanna, when she told her husband, Eli, that she was pregnant was practically oozing romance. So was the scene in which Savanna fell on Leo (our vegetarian protagonist), crushing him, and making him fall in love with her in the process. Nothing moved me like Savanna and Leo’s inter-species babies, though. Their love was so strong that it transcended biology.

As if simply having a lion protagonist wasn't enough, blatant parallels to the Disney hit run rampant in the movie. From sheer treachery to parents falling off cliffs and dying, Leo hits all the big selling points. Everyone loves The Lion King, so why not watch Scar’s iconic solo scene with elephants instead of hyenas?

Leo gives us two compelling leads who adopt a cohort of orphaned children after a fire ravages the jungle. Their relationship is healthy, supportive, and definitely has homoerotic undertones. Leo and Lope (the denture-wearing antelope) share touching moments throughout the film, such as when Leo rescues Lope from another lion, the two watch their adopted children of a day (?) frolic in the Heart of the Jungle, and Lope temporarily dies, leaving Leo to have flashbacks of all their scenes together from the previous half hour of the film before falling asleep by Lope’s side. Also, there are magical rainbow milk slides.

From iconic villain songs to songs about friendship and baba ghanoush, Leo has something for everyone. If you really like one song, don’t worry about rewinding to listen to it again! The same music will probably be used for the next three songs.

I highlight this point with caution. When I first watched Leo on Netflix, only the Italian dub was available, and the subtitles Netflix provided were wrong. They followed the same general “plot” as the audio, but included different names, descriptions, and jokes. At some points, subtitles would appear when there wasn’t even any audio. Whoever made these subtitles was an artistic genius, and I applaud them.

Unfortunately, both these subtitles and the Italian dub of the film were removed from Netflix. Who knows why? They were replaced with an English dub and proper subtitles, which I personally feel detract from the movie’s authenticity. However, the movie is authentic enough that a small detraction barely matters (although, if anyone can find the Italian version, please send it to me).

Well, I’ve covered most of the big points, and half the beauty of the Leo experience is the surprises, so I’ll stop here for now. I’ve watched the movie twice and I will probably watch it again. If you aren’t opening a new tab on your browser to watch Leo right now, you aren’t living. Do yourself a favor and watch Leo the Lion.

All photos courtesy of http://www.netflix.com/watch.

Nicole Marie Nigro
Individual Creator
2669
c1.staticflickr.com
Where to start...... Let me start with the cliche that life throws us curveballs and what we do with it is what counts.