Why People Are Defending Kyle Rittenhouse, And Why It's Dangerous

Your Defense Of Kyle Rittenhouse Is Dangerous And Disgusting

I can't believe I even have to say this. 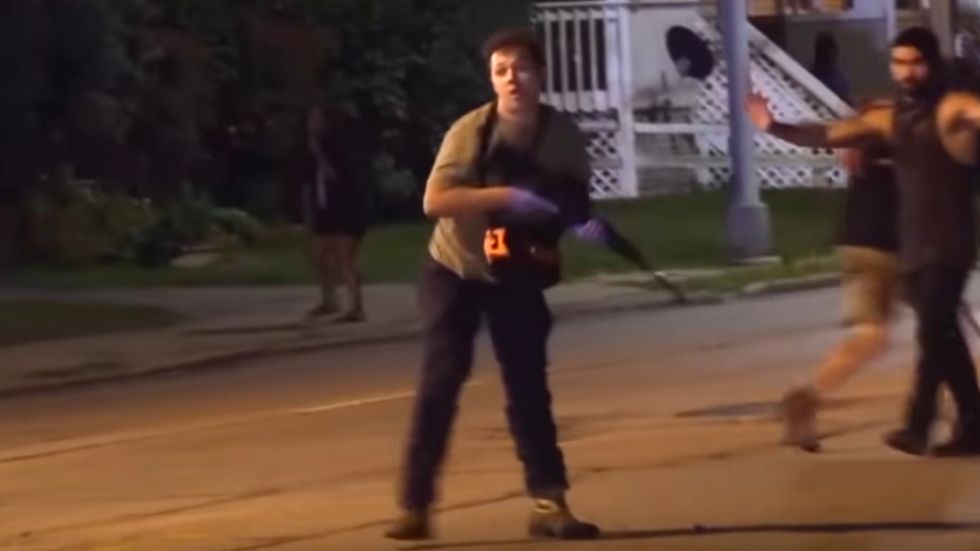 17-year-old drives across state lines to bring a rifle to a protest against police brutality. He is allegedly a militia member who idolized police officers and saw himself as some kind of vigilante. He allegedly shoots three protesters, killing two. He walks through a line of police officers and goes home.

To me, what Kyle Rittenhouse has been charged with doing last Tuesday in Kenosha, WI seemed so obviously inexcusable. A teenage extremist who apparently thought that he had some kind of right to take matters into his own hands. Charged with taking a gun he wasn't old enough to legally own across state lines to pick a fight and hurt people he disagreed with. It was another example of property damage during protests being much more troubling than another instance of police brutality.

I thought the "All Lives Matter" crowd would try to downplay Rittenhouse, of course. He's an alleged murderer. He's charged with gunning down people in the streets. There's no possible way to excuse that.

When Tucker Carlson attempted to rationalize Rittenhouse's actions, I was disgusted. But I assumed there would be blowback.

Defending an alleged murderer is now a widely accepted talking point for many right-wing individuals. Rittenhouse (who, again, is charged with taking a rifle he was not legally able to possess to a protest and shooting three people), was either a troubled kid or a well-intentioned boy who just got carried away — or maybe he was defending himself. People have gone as far as to call him an American hero and call for his release.

I thought I had lost my ability to be shocked at this point in 2020.

There's a global pandemic, a growing civil rights movement, and a presidential election that's shaping up to be one of the most contentious in recent memory. But a not-insignificant portion of the American population is defending an accused murderer, and I hope I never get to a point where that wouldn't be shocking and horrifying to me.

Defenses of Rittenhouse are both disgusting and dangerous. If we're really the point where people are fine with people fighting against police brutality being gunned down in the streets, I'm scared. I don't care what you think about city curfews or property damage or whether or not you think Jacob Blake was a good person. There's no excuse. Not for the cop who shot Jacob Blake seven times in the back, and not for the teenager who shot protestors.

There have always been extremists like Kyle Rittenhouse. What I've never seen before is so many seemingly normal people jumping at the chance to defend someone like him.