Is Donald Trump Really a Republican?
Odyssey
CurrentlySwoonLifestyleHealth & WellnessStudent LifeContent InspirationEntertainmentPolitics and ActivismSportsAdulting
About usAdvertiseTermsPrivacyDMCAContact us
® 2023 ODYSSEY
Welcome back
Sign in to comment to your favorite stories, participate in your community and interact with your friends
or
LOG IN WITH FACEBOOK
No account? Create one
Start writing a post
Politics and Activism

Is Donald Trump Really a Republican?

Trump's Political Conspiracy—And How to Stop Him 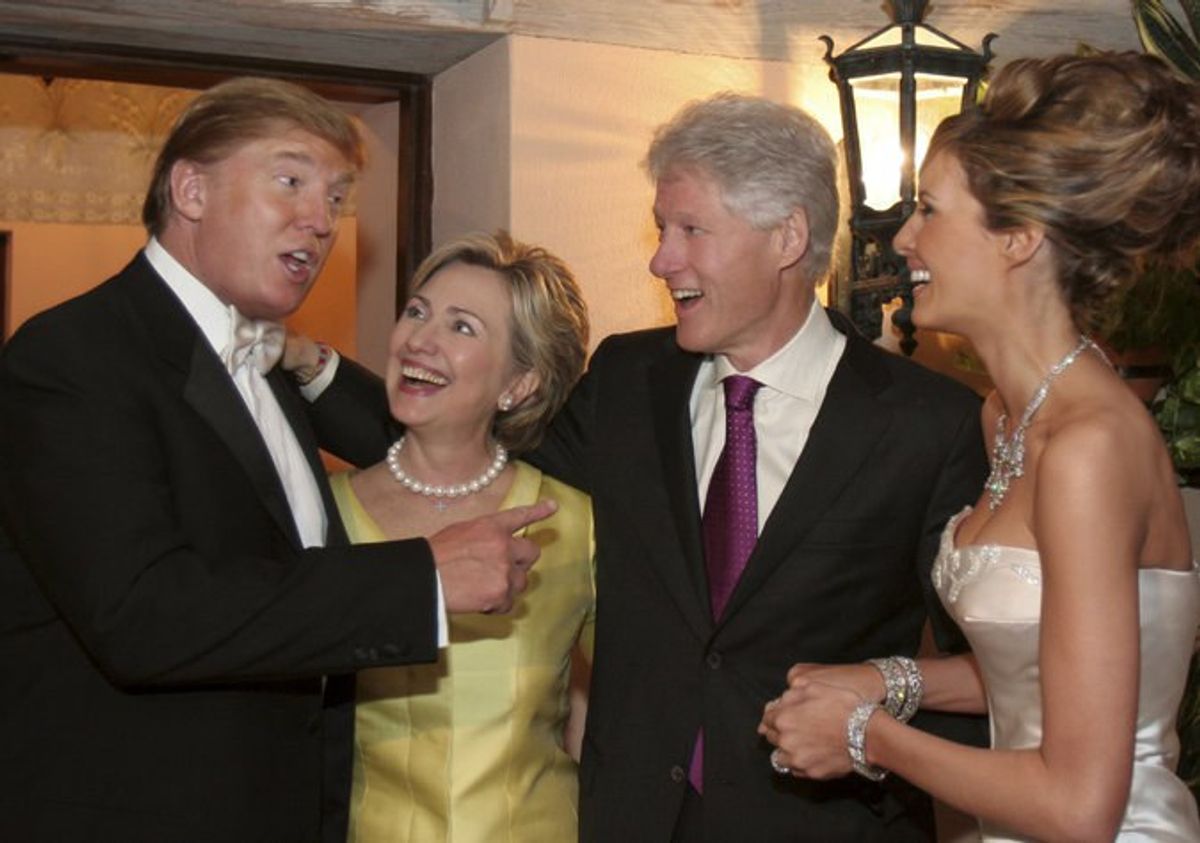 I'm a big fan of conspiracy theories—which is, might I add, not the same thing as being a conspiracy theorist. It's more of a hobby. But every once in a while, a conspiracy comes along with merit enough with evidence to support it that I find it worth considering (with research, of course.)

Recently, I came across such a conspiracy: the idea that Donald Trump is not really a Republican.

Now, it sounds crazy at first, but it's worth taking a look at the body of evidence.

You see, the fact is that Donald Trump was once a Democrat. So why the big switch? In fact, Trump has changed parties several times. He wasn't always even either a Republican or Democrat.

This may sound like a smart business idea (not to upset anyone), but there is also an underlying notion that Trump was, in essence, befriending politicians either to get something from them or to keep them from antagonizing him or his business. It seems he felt that the success and reputation of his business (and, thereby, himself) depended on these partnerships.

But the same partnerships also resulted in long-term friendships with far-left politicians to whom he donated, including Hillary Clinton herself. How often does a presidential candidate end up having, at least in the past, not only supported but also befriended his political opponent across party lines?

As the conspiracy theory goes, Trump is running primarily as a distraction and to split the Republican vote, giving his long-time friend Hillary just enough of a nudge that she may be able to use the opportunity to win the election. There are those who say Trump may be doing Hillary a favor by running against her for president.

And he is—whether deliberately or inadvertently.

You see, Trump has split the Republican primary vote so that the race for the GOP nomination is still a hot mess between him and Senator Ted Cruz. He's threatened to run independently if he is not nominated, taking with him approximately one-fourth of the Republican vote. This large percentage could potentially cost the Republican nominee the Presidency, but it wouldn't be nearly enough to win Trump the presidency himself. So what would his motivations to run third-party be, if not to split the Republican vote?

Furthermore, Trump's childish political game has the other Republican candidates so frustrated that at times they have fallen so far as to reciprocate his approach at debates. This behavior is detrimental to the party as a whole, only giving the Democratic Party more reason to point to the GOP and say, "Look, do you really want that to run your country?"

Donald Trump's political standings all seem to be either satirically, almost comically extreme (if they weren't so dangerous), or not conservative at all. For example, Trump refuses to take a pro-life stance and, historically, has been pro-abortion. For many Republicans, a strong pro-life record is on their "candidate must-list." Candidates seeking out a conservative vote can be assured that declaring themselves pro-choice is a bad move. While Trump has not done so yet, he also has not ruled out the possibility, which brings me to call into question his supposed political leanings.

And the conspiracy isn't unheard of. After all, John Kasich, at this point, is essentially doing the same thing at this point (although he claims he still has a shot at the presidency). Part of the reason Kasich is still in the race is to take the vote out of Trump's hands in primary elections in the states "where Cruz cannot compete and win" such as Pennsylvania and Ohio. He asserts that if he hadn't stayed in the running for Ohio, his home state, there would be no question that Trump would be the GOP's nominated candidate.

So, is Donald Trump running to split the Republican vote? It's possible. Is Donald Trump lying about his party affiliations? It's not impossible. If not an outright liar, Trump has at least become a distraction from what's really going on in the world. Whether he has done so deliberately or not, his campaign may have become one of the most major obstacles for the Republican Party in terms of getting an experienced and genuinely conservative President into the White House this year.

Trump's campaign may be outright dangerous to all concerned at this point. In my opinion, the best way to defeat him now would be to encourage voters of all political affiliations to vote Republican against Trump in the primaries. If Ted Cruz were nominated by the GOP, Trump would have little hope of winning the general election as a third-party candidate.

It's clear now that, whoever wins the Democratic nomination, Hillary Clinton and Bernie Sanders will almost certainly be running mates (as a strategy to garner as many democratic votes as possible in the general election). Thus, voting Republican solely for the primaries would not likely have many ramifications against the Democratic nominee's campaign this fall.

But given today's political atmosphere, rife with both animosity and fervor, that's not going to happen.