"A person of many ethnicities." 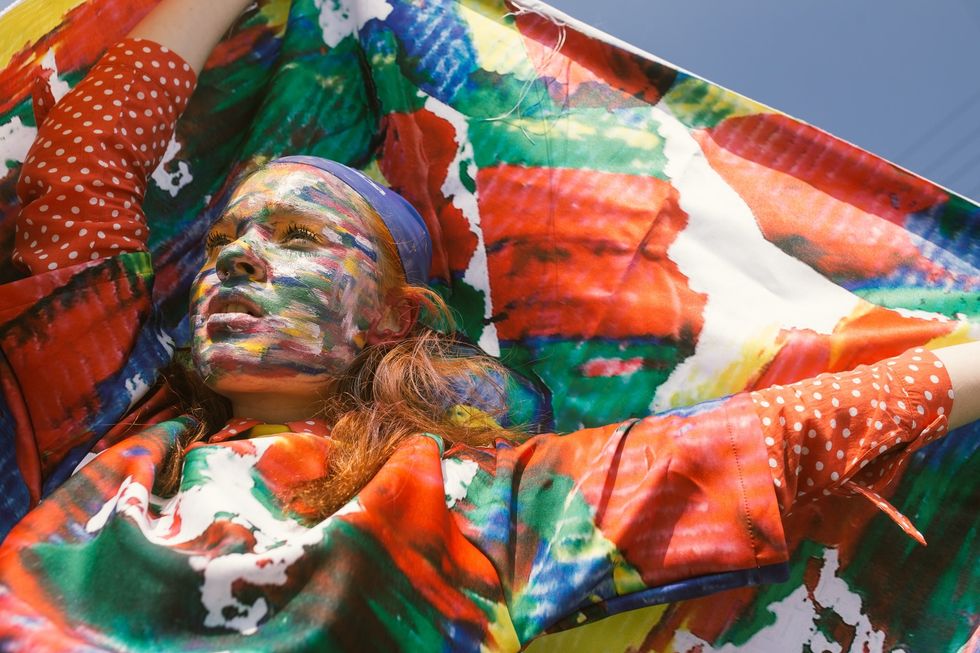 I'm an ethnic chameleon. Okay, so that doesn't sound very clear but let me explain. I'm a person of many ethnicities, or at least I look like. Most people who see me will always guess on what I am or what background I come from. Most times, it's negated and I'm given a title without any consideration of how I feel and how I will respond to the poorly guessed responses. This sounds like a small problem but for me, it's a bittersweet hassle.

I'm Puerto Rican, with native Taino heritage and African descent, so I consider myself Afro-Taino. However, I don't necessarily look Afro-Taino nor do I necessarily look Puerto Rican. Ever since the magnificent miracle that is puberty(that's sarcasm), which was at the age of 14, I was always confused for an ethnicity other than my actual ethnic. Over the years it became rather annoying until I became a senior in high school, my Theater teacher was interested in what my background was. When I told her, she was in shock(just like everyone else who'd ask), and told me that I was an "ethnic chameleon." I was confused by the term the minute I heard it but she explained. According to her, I'm a man of many ethnicities, and according to I portray any form ethnicity(in the realm of brown people, now that I think about it) and it would be believable.

I took it lightly, but then as I thought about it, she was right. So as an experiment, I'd ask most underclassmen or most of my co-workers what they thought my ethnic was and it was very surprising. I'd get guesses like Indian, Filipino, Arabic, Palestinian, Columbian, Chilean, Dominican, Native American and plenty more. And within those guesses, not one is usually Puerto Rican. To be honest, I'm perfectly fine with it too. Being guessed on is fun, but then again it also has its flaws. The main flaw is, I don't necessarily look like my ethnicity and that causes controversial arguments with strangers who pre-assume before meeting me. Because I mostly look Indian, it's not that uncommon that most people who are Indian or Middle Eastern would come up to me and speak in their language. Trust me, this happens way too often. And because of this, I don't know what most of these strangers are saying to me, and due to that- people get often offended by me because I'm apparently "disowning my own race." Back then I used to use Tinder and OkCupid to find dates (don't judge, you probably have a Tinder account too), and because I usually don't think my ethnicity is a big portrayal of who I am, I never put it in my bio. It seemed unnecessary because I wouldn't want someone to like me and swipe on me just because of my facial features and assuming I'm a certain race. And unfortunately it happens, and due to the adding Instagram feature on Tinder, I had many women go on to my profile and message me in their language. Although I'd be flattered, I'd deny their request and apologize for not speaking their language and that I'm not actually of their ethnicity. Most occasions, these strangers would catch an attitude or become upset.

It's not unusual but it happens. I had a woman go on to my Instagram page directly from Tinder and picked a fight with me for not being Bengali. When I explained to her that I'm Puerto Rican, she claimed that I'm racist and that I'm a catfish! All because I told her, "Sorry, but I don't know what you're saying, I don't speak that language." In which she responded, "But you look Bengali, you should know the language!"

Her: That's not believable! That's very disrespectful, don't denounce where you're from you a**hole.

Me: Why am I an a**hole? Because I'm not a race that someone is claiming I am? Well, that's messed up to label me.

Her: (rambled on about me being a racist and claiming to be a catfish)

And according to her, I should put my ethnicity on my bio. Although I hesitated, I eventually ended up doing that for a while. I became insecure until I realized, "Screw that! If I'm an ethnic chameleon, then I'm a freakin' chameleon." So I eventually took it off my bio and lived life the same way I usually do, getting guessed on till this day. It's a fun burden to bare but hey, it's always a fun story to tell.