These Washington State Legislators Are Taking Aim At Cannabis Concentrates

In introducing House Bill 2546, which seeks to limit cannabis concentrates to a THC level that is one-half to one-third of that common in some marijuana flower, legislators cite mental illness concerns. 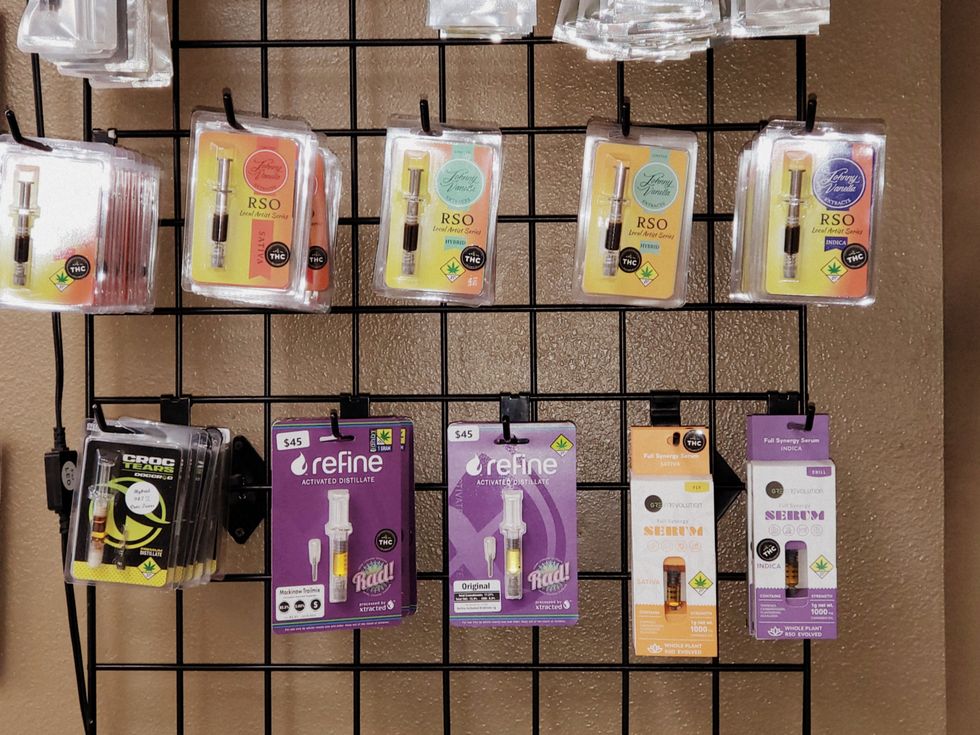 On January 15, "House Bill 2546 - 2019-20 Concerning the potency of marijuana products" was quietly introduced into the Washington State House of Representatives and was referred to the Commerce and Gaming Committee. The bill's sponsors, Reps. Davis, Corry, Klippert, Dufault, Kilduff, Harris, Callan, Leavitt, Thai, Senn, Appleton, Orwall, Wylie, Dolan, Van Werven, Walen, Chambers, Graham, Ramos, Kloba, Pollet, and Lekanoff, cited a small controversial study published in The Lancet in 2019, that relied on the recall of selected persons who had experienced psychotic disorders.

Ignoring studies that contradicted the paper published in the Lancet, legislators in Washington State are seeking to limit the concentration of tetrahydrocannabinol (THC) in cannabis concentrates to 10 percent or lower.

To put this limit into perspective, when looking at any of the dispensaries in the capital city of Olympia, Washington, where the legislature meets, the average cannabis flower ranges from 17 percent THC to 29 percent. This is almost triple what the Washington legislature wants to limit cannabis concentrates to.

Sage Amdahl, co-owner of Flight Lounge Cafe and Sage Advice, a free educational service for cannabis patients, said, "the new proposal of 10 percent maximum THC in cannabis concentrates is unrealistic. When flower can be 20 percent-plus THC, it doesn't make sense. The study cited in relation to psychosis is not a thorough and proven relationship. If it was the case, legalized states would have had an increase in patients seeking care for psychosis."

Diana, a medical cannabis patient and caregiver for other patients stated that she "would be more distressed on behalf of patients in the medical community who require concentrates for their medications," than she would be concerned about any personal products becoming unavailable.

"I've known people who have saved their lives and killed their cancers with cannabis concentrates," Diana said with concern that this freedom of medical treatment could end with this bill.

Another concerned caregiver of the cannabis community is "Grandma Cat" Jeter, who is asking Washington citizens to contact their legislators in advance of the scheduled hearing on January 30, 2020 at 8 a.m. A caregiver who has seen the healing effects of cannabis concentrates, Grandma Cat says, "If the legislature moves forward with the ill-advised restriction of high THC concentrates, they deny patients who reject the often hacked registry the right to obtain their potentially life-saving medicine."

Grandma Cat added, "Patients have roundly rejected the registry likening it to the only other statewide registry, the sex offender registry. Additionally, it's minimal security provides little assurance in a state where 51 percent of all jobs are either federal employment or federal contracting where there is no employment assurance even during a traumatic illness that requires cannabis. This is quite simply the most aggressive action directed at the medical cannabis community by regulators and elected officials since legalization in 2012."

For cannabis patients, this proposed legislation feels nothing less than an attack on a botanical medication many people have used to replaced opioids, anti-epilepsy medications, and other pharmacological agents. It is the concentrated cannabis that is strong enough to replace opioid medications that are used to treat chronic pain. It has also been demonstrated in several studies that the Washington legislature is ignoring, that opioid use in areas where cannabis is legal has been reduced by nearly 25 percent. Are Washington legislators proposing patients return to opioid use for chronic pain?

Washington residents who wish to comment on this bill can do so at this link.

The hearing in the House of Representative's Commerce and Gaming Committee is scheduled for Thursday, January 30, 2020 at 8 a.m. but can be changed at any time.

Related Articles Around the Web
Report this Content
Currently