I Have Nothing to Say About D**ald Tr*mp
Odyssey
CurrentlySwoonLifestyleHealth & WellnessStudent LifeContent InspirationEntertainmentPolitics and ActivismSportsAdulting
About usAdvertiseTermsPrivacyDMCAContact us
® 2023 ODYSSEY
Welcome back
Sign in to comment to your favorite stories, participate in your community and interact with your friends
or
LOG IN WITH FACEBOOK
No account? Create one
Start writing a post
Politics and Activism

I Have Nothing to Say About D**ald Tr*mp

its all been done before 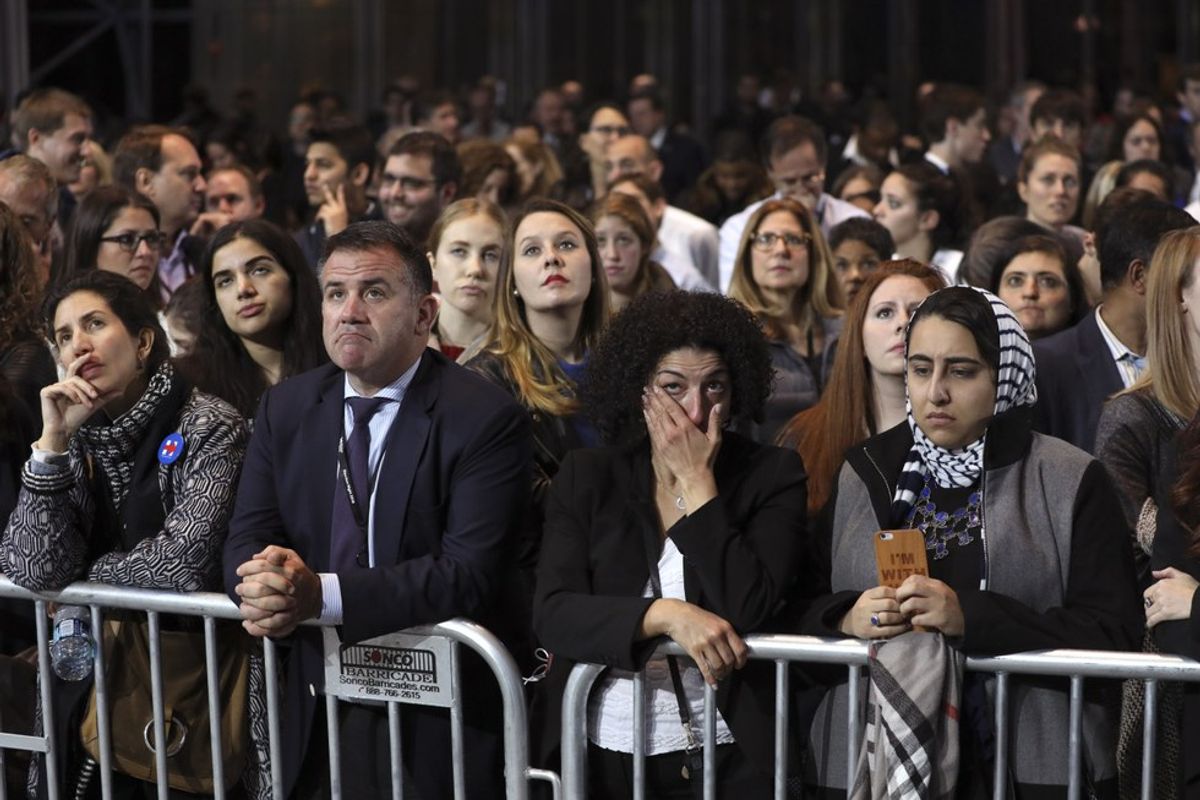 The camera eye of my Macbook Air studied me almost as closely as I did it while I sat contemplating what could possibly be a plausible topic for an article. I drafted “6 Easy Sins for Christians to Commit in College”, a witty but pointed exploration of the way that Christian students can fall to temptation while in university…and immediately deleted the entire tired piece. I played with the idea of venting my frustration of this country’s ignorance in a piece titled something like “Dear White Americans”, but was too weary to even start.

Too disappointed to even speak.

Too disillusioned to even try.

Writing about anything other than the recent standings of America’s political systems seemed almost blasphemous. The voice in my head told me I needed to address this already overexposed and disheartening topic. But, in all honesty, there was nothing revolutionary that I could propose that had not already been said, rebutted and said again.

Now, to the handful of “I told you so’s” out there that claim they knew the country would end up in this position and knew that racism would trump America, you should have told me, because I was a fool.

I truly believed in the intelligence and integrity of the nation. I saw the obvious flaws in both election candidates but was strengthened by the blind faith that I had in the diverse voters and residents in the United States of America.

I understood why the disappearing middle class felt emotionally swayed by Trump. I did not necessarily disagree with everything that the man said, but I realized that just because I liked SOME of what a politician claimed (yes…I said politician), did not mean that I could not see the importance of having a leader who was a person of character, experience, integrity, class, and intelligence.

And yet there I was. Awake, at 2:47 am EST. in a dark, quiet, empty dorm room. All of the attendees of my “Election Night Extravaganza” viewing party had long past fallen asleep or become exasperated and left.

With MSNBC on mute, sitting inches away from the screen, I carefully read each running caption through bloodshot eyes.

The carpet that once laid on the floor of my third-grade teacher was a shaggy, dirty, trampled lie. We used to sit criss-cross applesauce on the biggest childhood hoax. The hopeful picture of the brightly colored cartoon world encircled by children of all shapes, sizes colors and ability holding hands is not the once that we live in.

We live in a nation where the smiling little blond girl that was standing over the Pacific Ocean is protected by the racism that causes her to fear the thugs walking on the other side of the street. A nation where the white majority can vote a global threat into office, then tack a safety pin on their shirts to show alliance with people groups they know nothing of. A world where a nation filled with brilliant minds of all colors is undermined on the global scale by the most uneducated, and insecure margin of the population.

And although the situation is much more complicated than just “white people are racist and voted more”, this is what shocked me the most. Up until election night, I took the man and his supporters as a joke, something that contemporary media was trumping up to seem like stiff competition for ratings, but ultimately would settle itself out. The coalition of these people was simply something funny to watch on YouTube when the 2016 recaps started rolling around at the end of the year.

I tried to come up with a lighthearted, whimsical but ultimately satisfying article, but I couldn’t. At this time, there’s not much I want to say, and even less that I desire to do except continue to be disappointed in my imprudent hope. As I see the inevitable president-elect supporters on my social media feeds justifying the clearly implausible economic and foreign policy plans of their crusader, I don’t argue, I don’t rebut, I say nothing.

The good fight is not even close to being over, and we can get through it. But sometimes, in periods of shock, when its time to speak up…the weight of your opinion can only be communicated through your silence.