I Hate You, I Love You

I Hate You, I Love You

A deep analysis of a heartbreaking song 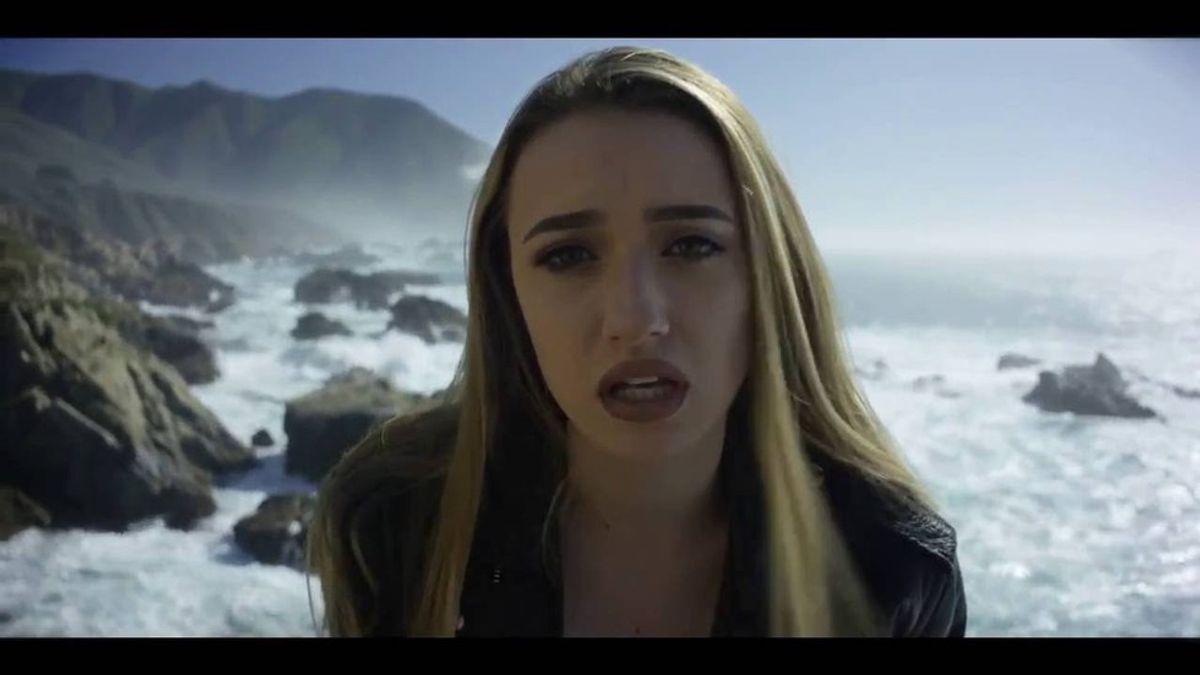 Olivia O'Brien and Gnash are their names, two rising artists taking the music industry by storm. The song, called I Hate You, I Love You, begins with Olivia's angelic voice, and a simple piano key. And the pain in her voice, and the honesty of the lyrics simply floored me.

I was hooked, and I felt every word this girl and guy vented out.

The following lyrics in particular spoke to me. In an attempt to decode them, I hope to reveal their profound meaning, beyond the words.

This girl is clearly trapped. How? She admits she doesn't want to love this guy, and yet she has him up on a pedestal, that no one else is above. It is as if she has no control over her feelings for this dude. Her actions and her mood are determined by him.

She is at war with herself, here. She hates herself for loving this guy. This depicts her as someone who is dependent of others validation of her. Her perception of this guy is distorted, and in her mind, she loves this image of him, that she has created.

"..All alone I watched you watch her, like she's the only one you've ever seen..."

She is watching the guy she loves, while he watches the girl he loves. He only seems to see this girl, that pays no attention to him at all, while Olivia is craving his attention. It is a vicious cycle of love and negligence.

"...How is it you'll never notice, that you are slowly killing me?"

She is in pain over the realization that he will never notice the hurt that he has caused. She would like him to notice, not to torment him, but to possibly have closure and let him go. But, until then, the thought of him will continue to plague her mind.

"...Wedding bells were just alarms, caution tape around my heart..."

He imagined a wedding with this girl, not Olivia, but the other girl who doesn't seem to notice him. And now, that they no longer talk, all of those memories of her have faded, and the wedding now is a bitter fantasy.

He is hurt, and devastated, guarding his heart, and unable to dream of a happy ending.

"...Always missing people that I shouldn't be missing. Sometimes you gotta burn some bridges just to create some distance..."

He has resolved into thinking that he misses people he shouldn't, when in fact, you can't help who you miss, or love, even. He simply just doesn't know how to cope with the heartache of a break up, and to make sense of his pain, he decides that he is inept to manage well in relationships.

The aftermath is worse. His logic is to "burn bridges", so that he won't have to deal. Or, in other words, resort to extreme measures to avoid the pain, and rob himself of the opportunity to develop the coping skills to whether the situation, and get through heartache. He is essentially cheating himself from maturing.

This song is heartbreaking, but very honest an insightful. You witness the worst of love triangles. The girl is in love with a boy, who is in love with another girl that doesn't love him back. And they are in pain, yet they don't notice each other, because they have closed themselves to the world, and are fearful to love again.