Shooting A Gun Showed Me The Reality Of Gun Control

I didn't think I could do it. 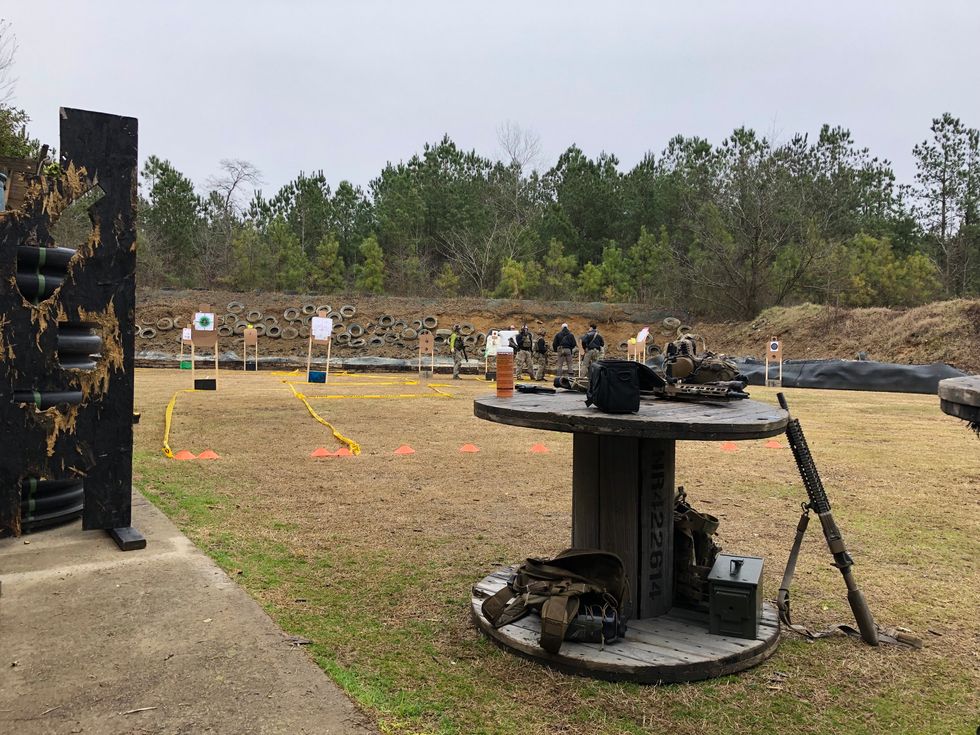 Growing up in a so-called liberal town in the south has shaped my experiences with guns and other weapons. People had guns to go hunting. My dad and brother did not hunt when I was growing up. I think my dad had a rifle in the house growing up, but I never knew where it was. The gun was mentioned maybe once or twice, but I never really thought much about it. My mom told me she had good aim when she would go to the range in her twenties.

Guns made me a little nervous.

My thoughts on gun control prior to going to the gun range with my boyfriend was pretty nonchalant. I knew that the 2nd amendment protected citizens' rights to own guns. I knew that some guns were legal and some were illegal. I knew the mass shootings were and still are happening too often and should not be happening.

When we arrived at the gun range, my boyfriend's work friends were also going to be shooting and spending time together. They set up their targets. While the boys were setting up the targets and getting their ammo and gear together, my boyfriend took me aside to learn about the rifle I was going to shoot. He gave me detailed descriptions about what each part did, how it worked, what gear I had to wear, what to avoid, how to hold the rifle, and what to expect.

I did not know there were so many small, small movements and details that you have to pay attention to while shooting a gun. I always assumed you loaded the gun, aimed, and pulled the trigger. I was ready and pulled the trigger. Nothing happened. My boyfriend did not load it. He had me thinking I had a loaded gun, and to take it seriously. I did. I was now actually ready to fire this gun. He loaded it, I followed his instructions and I shot. There was a loud bang and the smell of burnt was the first thing I noticed.

Next was the pistol. I'll cut to the chase, I didn't like it. There was a kickback, my arms were not prepared for it. I walked away and had to sit down.

I then watched my boyfriend and his friends talk for a long time about what drills they wanted to practice. They talked and talked. They practiced without loaded guns. They kept practicing. They ran through what parts they weren't doing properly or safely. They gave each other feedback. They were encouraging. They were working as a team and kept everyone safe.

I was surrounded by weapons that could kill any living thing, and I wasn't scared. I trusted the people I was around. They were safe. If there was someone to not trust there, it was me. I was the uneducated, inexperienced, and dangerous one.

My views on gun control now have changed a little bit.

I still know the 2nd amendment protects citizens' rights to own guns. I know some guns are legal and others are illegal. I am still aware that mass shootings happened and are still happening and they need to stop. Now I think more people should be educated about how guns operate. I think it's your decision if you want to not be around guns or if you want to experience them. Guns still make me nervous, but only because I know so little about them.

Take weapons, like guns, seriously. These aren't toys. The power that is placed in your hands because of a gun, is shocking.

I want to learn more so if I am, God forbid, I am in a situation where I need to unload a gun in the hands of a harmful person or protect myself I know what to do.