Females on Fire: Sparking A Revolution Of Female Empowerment
Odyssey

Females on Fire: Sparking A Revolution Of Female Empowerment

A Nobel Peace Prize winner that doubles as a murder survivor, WNBA president, models, actress, artists and a transgender politician all in one article: it's got to be good. 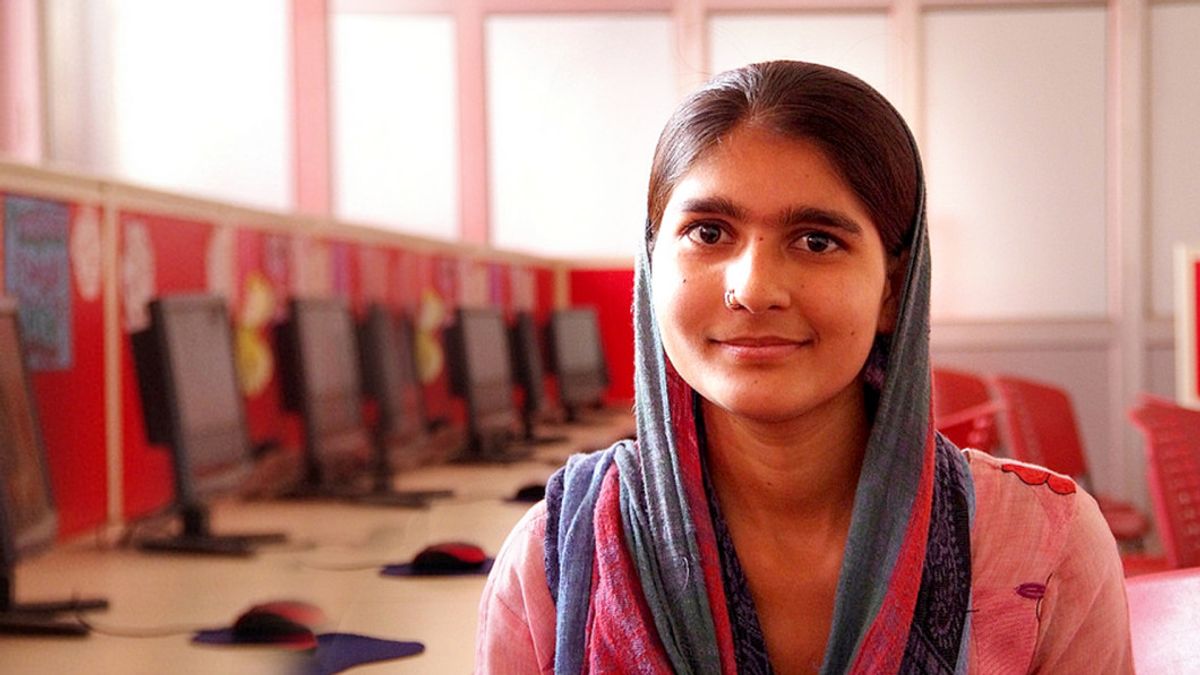 Who run the world?

Beyonce said it herself, so it has to be true, (if you don't know who Queen B is, you've been living under a rock for ALL of the 2000's).

Female empowerment has been at an all time high since Hillary Clinton was defeated by Donald Trump in the 2016 presidential election. It's like Elizabeth Cady Stanton and Susan B. Anthony themselves came and lit a match that exploded a massive women empowerment movement. Launching self love, positive body image and independence into the media more than ever seen before. Below I have included some of the most influential and empowering women that are changing the game and are trailblazers for women globally.

Boss is the only word to describe the phenomenon Tyra Banks. Banks started her career as a model at age fifteen, staring on GQ and Sports Illustrated. After her breakout in modeling for nearly a decade Tyra Banks was an angel, literally. Banks modeled for Victoria Secret from 1997 to 2005, earning her wings in many Victoria Secret Fashion Shows. After slaying the modeling world for a decade, Banks moved into acting- guest starring on Fresh Prince of Bel Air, Gossip Girl and Glee, to eventually create, star and host her own TV show, America's Next Top Model. ANTM rolled out in 2003- automatically becoming a hit on VH1, giving young women the chance of a lifetime teaching them business and modeling, the show is still entertaining all of us today, and if you're not watching it, start. Banks didn't stop at acting, but became one kick ass business women. Tyra Banks net worth: 90 million. Now on her resume, she adds that she teaches at Harvard University Business School and took over the Apprentice while the main host, Donald Trump, is ya know, running the United States of America. No big deal. Name another person that can go from Victoria Secret Angel to reality TV star to Harvard professor to being the fill in for the president's TV show. Tyra is a big deal, and I am so glad I can vote and write her in the ballot in 2020. #TyraForPrez.

"This one is for you." The concluding sentence of Danica Roem's acceptance speech to her LBGTQ allies. First openly transgender female in legislature. Need I say anymore? Danica Roem, a journalist and now politician, is a representative from Virginia that was elected to office on November 7, 2017. She graduated from St. Bonaventure University in New York with a degree in journalism and went on to become a lead reporter for Gainesville Times and Prince William Times, winning seven press awards in Virginia. It get's better, her running mate, Republican Robert Marshall, suggested the bathroom bill, a bill that bans transgender people from using their identified gender bathroom. Marshall also identifies himself and calls himself, "chief homophobe". Danica Roem, you wave that rainbow scarf in that man's face girl- you deserve it.

She's one of the best selling artist worldwide. She was once part of the best selling girls group worldwide. The first artist to have their first six studio albums debut at number one on Billboard 200 chart. She's the most nominated woman in awards history. The most awarded artist at the MTV Music Awards. The highest paid black musician in history. Times 100 most influential people for two years in a row. Most powerful female in entertainment: Beyonce.

You cannot talk about music in the 2000s without talking about Beyonce. Beyonce's music is rich with purpose, on social justice, racial justice, women empowerment, depression and affairs. She is an honored philanthropist as well, donating to over thirty different charities worldwide.

Some could argue she is the more talented sister of Beyonce Knowles. Not as accomplished however, Solange is an amazing artist and vocalist as well as her sister. Her visual art is where she focuses more time on now, through photography and video arts. Her newer album "A Seat at The Table" features the hit "Cranes in the Sky" that gives us all the major feels. You can view the majority of her visual art on her Instagram @saintrecords. The R & B queen also donates to the charity 14 Plus Foundation, that develops, builds and operates schools for children in under served communities in Africa.

A Nobel Peace Prize Award winner, education activist who survived an attempted murder. Did I mention she is from Pakistan too, where women's rights and women's education is not a thing? Well she is, and in 2012 Malala was shot by a Taliban man due to her rising attention globally in her fight with education and women's rights.

Malala is currently studying now at Oxford University in England, she has released books and blogs on women's rights.

You may know Sophia Bush from the CW Hit One Tree Hill as Brooke Davis. We love you Brooke Davis, but we love you IRL even more. I have my Instagram post notifications on for her; she's the real deal.

Bush is an activist for all things good in the world. Women's rights, human rights, same-sex marriage and the environment. She partnered with the Human Rights Campaign after the Orlando Pulse Nightclub shooting in 2016 for gay rights. Fuck Cancer, Run for the Gulf, and Global Green Gulf Relief are several charities Bush donates her time and money to.

Not only is she a successful actress and activist, but she is unflitered, outspoken and poised. On her Instagram, @sophiabush, that she personally runs, she speaks her mind on current political issues like birth control, gun control and the Trump administration.

Here is quote from Bush's Instagram on the 2016 election later last year:

Like I said, unfiltered and poised, thank you Sophia Bush for ALWAYS keeping it real.

"I love every aspect of being a woman. I think you should celebrate who you are" says Eva Mendes, actress, model and business woman. Mendes is endorsed and is the ambassador of many companies, including Calvin Klein, Reebok, Cartier, Magnum- the ice cream, chill mom, Revlon and Pantene. She has also acted for the movies "2 Fast 2 Furious", "The Other Guys", "All About the Benjamin's" and "Children of the Corn".

Plus, she has kids with Ryan Gosling. Her offspring share the same DNA as The Ryan Gosling, so who is really winning here?

Women have not only captivated the world of media and politics, but they also slay the sports male dominated field. One of the best examples- Lisa Borders, CEO of the WNBA. That is just the current title of Borders, let me list it out for you.

She also is/ was:

- The Vice President of Global Community Affairs at Coca- Cola

- President of the Atlanta City Council

- The Duke University Board of Trustees

Lisa Borders is a boss and example for all people today.

In a world full of Kardashians, be a Lisa Borders.

These women are here to run the world, and that is exactly what they are doing. Their art, their words,and their actions are lighting a path for a revolution of female leaders to come lead the way.

Thank you ladies for everything.