Eighth Grade is a triumphant debut for Bo Burnham
Odyssey

Comedian Bo Burnham proves to be skilled behind the camera and creates a fantastic look at middle school and growing up in his debut feature. 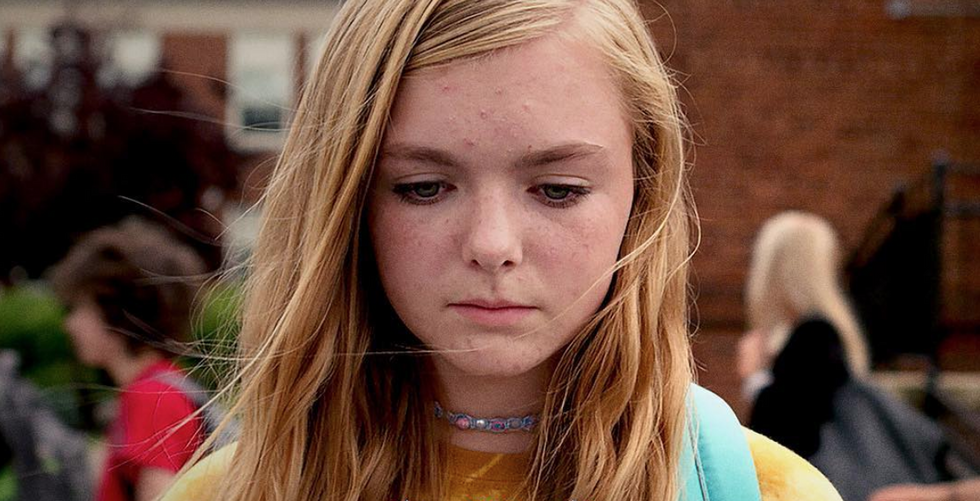 Middle school is an extremely difficult phase of life. Children sacrifice good morals for popularity, waste their lives on their phones and scream out overused memes on a daily basis. Movies about this time are usually just as challenging, shoving clichéd stories down viewers throats without adding any creativity or, well, anything worth watching.

This is what makes Eighth Grade such a special movie. Director and writer Bo Burnham decides to look at a middle school for what it is and come from the perspective of most children at this time, creating an emotionally resonant, hilarious, and powerful film.

The film stars Elsie Fisher as Kayla Day, a girl voted most quiet by her classmates in her final week of middle school who has some trouble making friends. Ironically, Kayla spends her free time making YouTube videos about going for it and being confident. Other than her father (Josh Hamilton), Kayla only communicates with others like most teenagers do at her age: with her phone.

At its core, the film is spearheaded by a masterful performance by Fisher. Despite not speaking as much as other leads in the film, Fisher is able to convey the nervousness of a child at her age at this time. In many respects, middle schoolers are not the monologuing know-it-alls most movies about this time period are about.

Granted, Fisher does have her moments to monologue through her YouTube channel. However, those moments are seamlessly edited into her trying to use her own advice in social situations mixed results. And they work perfectly, coming off not as a convoluted and trite way of pushing the story forward, but rather as a strong method to push our protagonist's social boundaries in a digital world.

Josh Hamilton also is fantastic as Kayla's father. As a single parent, Hamilton's job is not always easy, but he manages to pull out a performance that is grounded, hilarious, and very touching. His character feels like a dad, who just wants the best for his daughter and wants her to experience life outside of a screen.

Furthermore, Burnham does a fantastic job of creating a world that brings you back to your final weeks of school, from the middle school band that never plays in tune, to the plastic popular students that only care about the people who will elevate them on the social ladder.

As shown in the thumbnail of the trailer above, Fisher even has visible face acne, something most protagonists in middle school comedies would never have.

As a film made in the year 2018, Eighth Grade feels like a perfect film for our time. The characters make jokes about new and possibly overdone memes (aka the kid that keeps yelling "LeBron James") and the adults who try to replicate these jokes (i.e. the principle who dabs) look ten years behind the curve.

In addition, for a debut feature, Burnham proves to be skillful behind the camera. He shoots scenes in very unique angles, is not afraid to hold the camera on one character or even two characters for a scene of dialogue, and makes the most boring world of suburbia look rather nice.

The music and soundtrack for the film, penned by Anna Meredith, is a strong mix of electronic music that fits the film completely. The sound is unique and adds to the film's story, emphasizing Kayla's anxiety and excitement throughout the film while not proving to be overbearing.

So, I've described the film as being very modern. Does this mean that it is too current and will not hold up? Well, given the growing popularity of social media, I don't think that the youth's reliance on social media jokes in this film will date themselves anytime soon. In addition, Kayla's struggles with making friends and growing up are universal.

Almost every person had a point in their formative years in which they felt alone and kept to themselves, so most people can relate to Kayla's struggles in some way.

That, along with the fantastic dialogue, cinematography, music, and heart, are what make Eighth Grade a special film.

(As a side note, for all readers from the North Jersey, NYC tristate area, the film is shot mostly in Rockland County and there even is a scene at the Palisades Mall).