I Don't Know My Real Birthday

The story of how I was adopted from China. 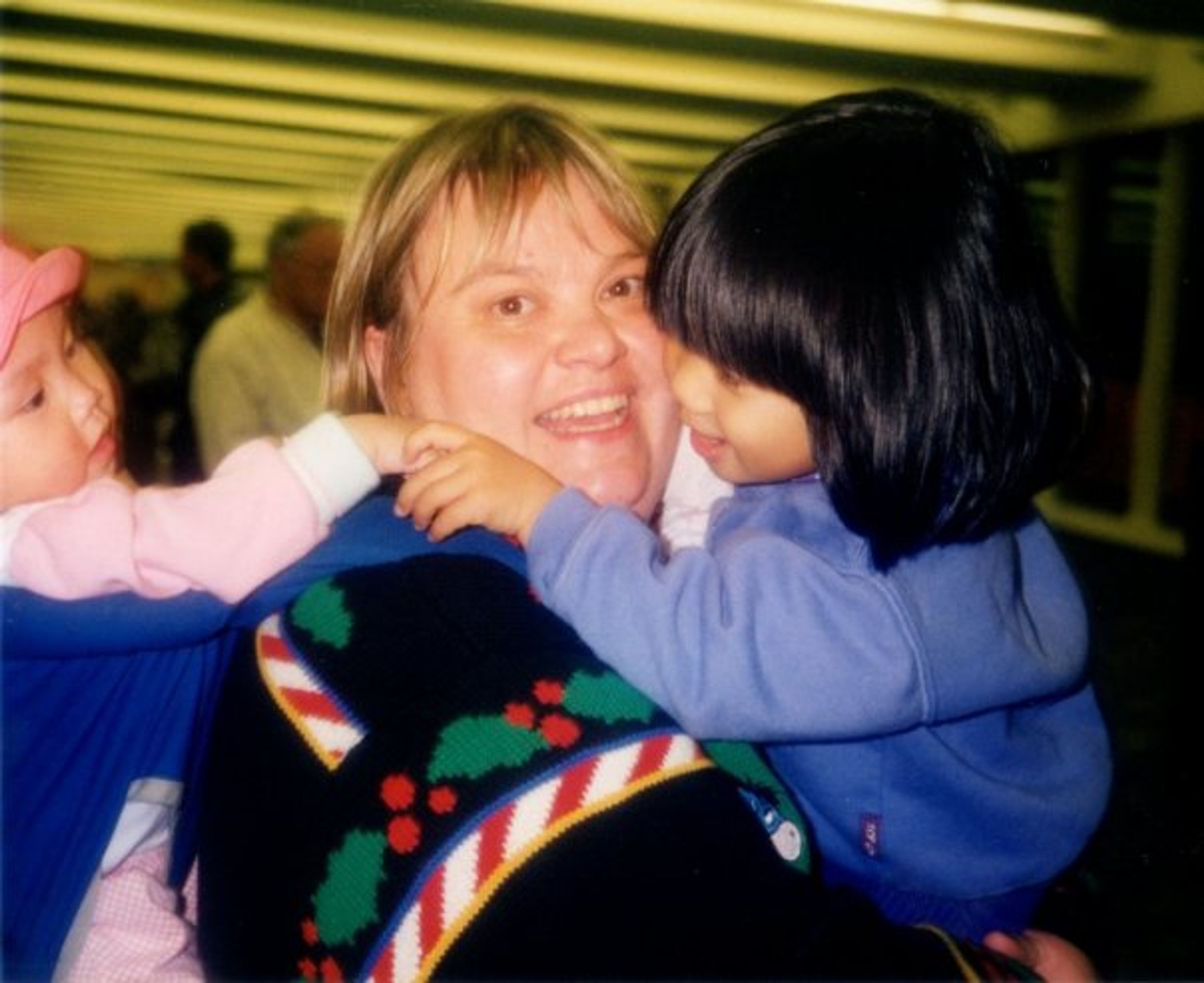 China's 'One Child Policy' has affected countless lives. Babies have been aborted. Families have been ripped apart. Mothers have had to make unimaginable decisions. But there are some lucky children that are able to escape the system. This infamous policy was an attempt to control the Chinese population. Because of the preference for males in Chinese culture, girls are given up for adoption. But talking about the in's and out's of this policy is not why I am writing this article.

Sharing my adoption story has always been intimate. Being adopted is rooted in my identity. Having a caucasian mother raised a lot of questions. Well, not from me. But from kids around me. I never saw myself any different than my mother or the majority of kids around me. I knew I was adopted but the real meaning of that was not clear to me until I was a little older.

You know when your parents told you fairy tales before you went to bed when you were little? Do you remember how you had one story that you always wanted your parents to tell you - no matter how many times you had heard it before? My favorite story to hear was my adoption story. Here it is:

There was a little baby girl born in a village twenty miles south of the capital city of Guangxi Province. After her birth, her mother decided to give her up because even though she loved her baby very much - she could not take care of her. The mother left her newborn daughter on a chair in a busy hospital. Quickly, a nurse found the abandoned baby. The nurse could not keep this found child because she already had a child of her own. So instead she traveled to the capital city, Nanning, and brought her to the Mother's Love Orphanage. The orphanage named her 曼慧 (màn huì).

During the few months Màn Huì was in the orphanage, her caretakers fell in love with her. Màn Huì never cried. She always smiled. Every weekend, the director of the orphanage would take Màn Huì home and care for her as her own. When Màn Huì was six months old she was assigned to be adopted by a woman named Ann in the United States. Every month the orphanage would send a progress report to Ann about how her baby was doing. On August 19th, 1996, Ann and Màn Huì were introduced. Màn Huì's name was changed to Katie. Her middle name was changed to 美丽 (Měi Lì) which means "most beautiful flower." Katie's and Ann's lives were both changed forever. The End.

Of course my mom embellished the story so that a child could understand it. When I got older, I found out that all of the story that happened before I got to the orphanage was not documented and there was no proof of it actually happening. But I like to think that it is true.

Not until the summer before my first year at college, did I start to really ask some complex questions. Why did my mother give me up? Did she already have a child? Was it her choice or my father's? Where do I come from? Of course these questions had crossed my mind before but they started to come up more persistently. It pushed me to do more research into other people’s stories that were similar to my own. I found National Geographics short documentary named "China's Lost Girls." It hit a soft spot for me. At one part, the parents meet their new babies and as I watched it I broke into tears thinking that I went through that same thing. Here is a link to that short clip of the documentary.

People have asked me these questions that I have asked myself. They ask me if I ever want to find the answers or find my parents. I can not help but sigh when asked this. Of course I would like to know the answers to those haunting questions. And finding my birth parents would be an amazing journey. But unfortunately the likelihood of both finding the truth about why I was given up and finding those who did it, is nearly impossible because of the population of China.

I do not need anyone's pity in my dead end search for answers. I have come to terms with the fact that some mysteries will never be solved. But something that I feel is necessary to do is to travel back to my province. I have not been back to China since I was adopted.

My hope would be to go back to my village and see what it would have been like if I was not lucky enough to be adopted. I want to walk in the orphanage that I lived in for eight months of my life. I would love to have the opportunity to meet the orphanage director when I was there and thank her for everything she did for me. I want to see what life would have been like if I was not fortunate enough to be raised in America by a spectacular mother.

All of the above are possible. I hope one day I get to travel there and have some closure. But there are also things I wish I could do. Like thank the nurse that took the energy to make sure I got to an orphanage. Or find my birth mother and tell her that I am alright and that I do not blame her for abandoning me. I would tell her that I have not forgotten where I come from. I'd thank her for giving me a chance to have a good life.

I was one of the lucky babies to be given the opportunity to be adopted by a mother who wanted me. Everyday, I thank my lucky stars that I was adopted by my mom. She has given me more in life than I could ever return to her. My mother is my mom not by blood but because she loves and cares for me.

Two years after Ann got me, she traveled back to China to get my little sister, Lia, from the province that neighbors mine. The cover photo for this article is capturing the moment that I met my sister in the airport. Two seconds after the picture was taken, Lia punched me. I like to think it was a love punch. Even though my sister and I were both adopted, our adoption stories are each unique. And although our family does not look like the typical family stereotype, I would not trade it for anything else.

Caitlyn Morral
St Bonaventure University
5731
Wordpress
Odyssey recognizes that mental well-being is a huge component of physical wellness. Our mission this month is to bring about awareness & normality to conversations around mental health from our community. Let's recognize the common symptoms and encourage the help needed without judgement or prejudice. Life's a tough journey, we are here for you and want to hear from you.