Just because you have authentic designer things, doesn't make you an authentic person. 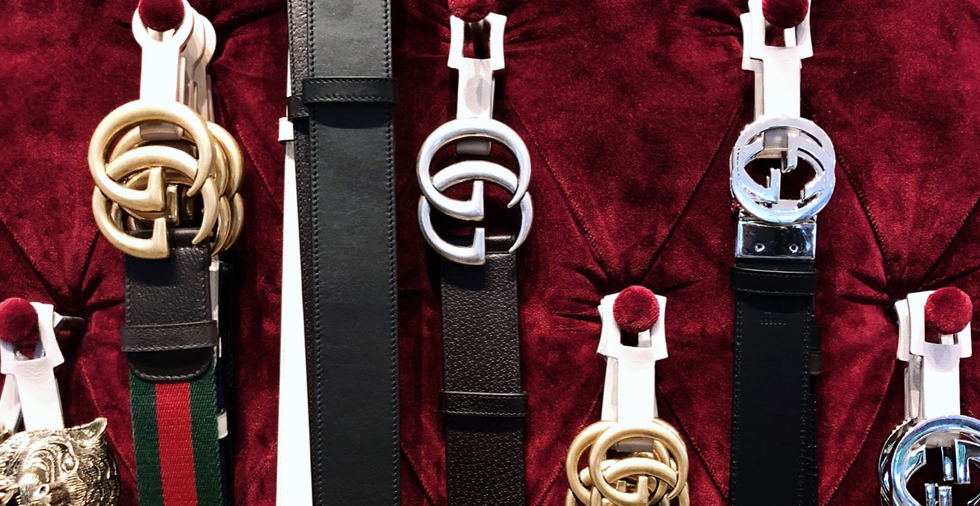 Very soon after coming to GW, I learned that fakery is not an enigma that disappears after high school. It's no secret that every private university has people that use money like it's toilet paper. The amount of Gucci belts and Louis Vuitton bags that I see on a daily basis is dumbfounding. I'll even admit, I got a fake Gucci belt off of Amazon for a whopping $12 in preparation for college.

I have never been one to judge another person based off of their financial situation. Coming from an affluent town and not necessarily fitting in, I've seen how having money can affect people. The houses in my hometown are all huge mansions, a heavy contrast to my barn-style home.

Come high school, I noticed the flock of Canada geese, which soon got to the top of my Christmas wish list. People would park in their junior parking spots with high-end sports cars. Then the clothing from high-end boutiques like LF started to appear head to toe.

These are all exterior factors that at the end of the day, don't really signify much more than material. My personal inner conflict emerges when a person acts as if they are superior, or just ungrateful because of the endless pit of money that daddy provided them with. I find that here, people generally don't understand that all money comes from somewhere; someone had to work for that money, and it doesn't just magically appear in your bank account.

It frustrates me to no end that the question is always: "what does your dad do?" Very rarely do I get asked what my mother does for a living. My parents met later in life when my mom was the health commissioner of the state of Connecticut.

As a little girl, my dad always told me that what attracted him most to my mother was that she "didn't need him" in her life— she just let him in. She was already a well-established woman, who depended on no one but herself.

Her career journey began with her father, a reconstructive plastic surgeon at Lehigh Valley Hospital and flight surgeon at Kessler Air Force Base. He focused on burn, trauma, and cleft lip and palates.

He encouraged my mother to also go into the medical field, and she ended up getting her nursing degree from Georgetown. Fast forward years later, and she's now a businesswoman.

She always told me that growing up, her father never bought fancy cars or extravagant properties— he refused to get rid of the same chevy that he grew up driving. Because he dedicated his life to medicine and gave all of his funds to his children, he is the sole reason that I can attend GW.

I grew up hearing my mom tell me "you are one lucky girl," and I'd respond with "I know." But I don't think I really did know until coming to college. Being thankful is something that's at the root of a positive lifestyle. When you start to think of all the blessings you have in your life, even basic necessities, it makes your worries seem minuscule.

My mother is a prime example that even if you grow up having money if you save it, work hard on your own passions, and provide for others, material things dissipate into oblivion. She could've used her inheritance to buy expensive clothes or handbags, in preparation for a housewife lifestyle. Yet, she saved it in order to send me to any school that my grades could get me into. For that, I'm forever thankful. After all, material things will never make me C.E.O. of my own company one day.