What 'Defund The Police' Does And Doesn't Mean 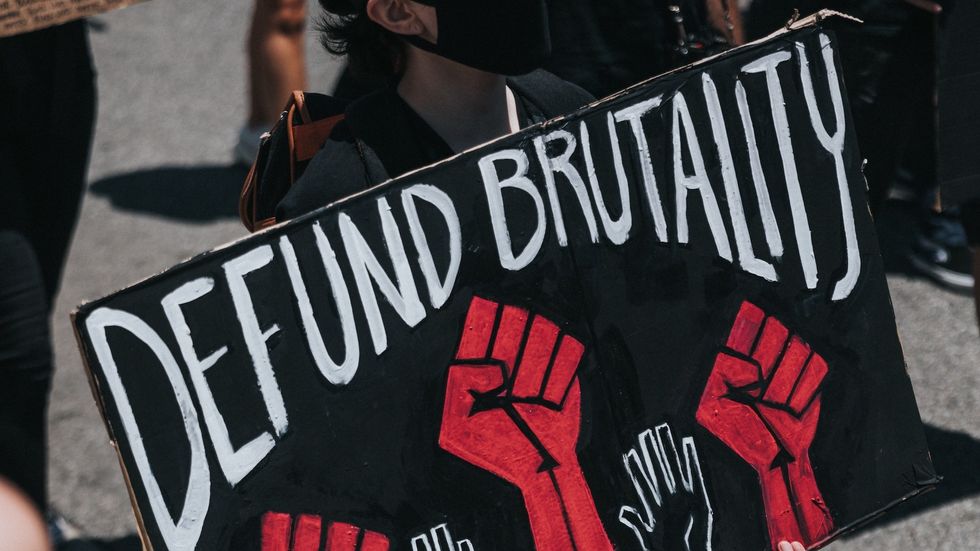 I've been seeing a lot of misinformation lately about the movement to "defund the police," so let's be clear.

Defunding the police does not mean getting rid of police or completely zeroing their budget (that would be "abolish the police") and it doesn't mean our communities will no longer be safe.

Defunding the police involves taking a small portion of the funds that we currently give to the police departments and reallocating those funds to resources that would prevent crimes and mass incarceration in the first place. Homeless people are criminalized for petty crimes like sleeping in public, collecting plastic bottles, begging, etc. Instead of throwing them in prison, we can fund or subsidize housing, mental health resources, drug addiction counseling, job resources, and actually prevent many of these problems in the first place.

This movement must also include the legalization of marijuana, decriminalization of drugs (mandatory rehab instead of prison), and must have a focus on making prison about rehabilitation instead of punishment. When you realize that you live in a country with the highest incarceration rate in the world (yes, highest in the world), you must evaluate the flaws in the system.

Defunding is not the same as abolishing.

To put it in perspective, in 2019, we saw campaigns to defund education, the Environmental Protection Agency, small businesses, transportation, and agricultural budget. The system we have is not working, we must look at the root causes and find solutions. If you would like to educate yourself on the history of systematic racism and policing in America, watch "13th" on Netflix. Netflix also has a "Black Lives Matter" series where you can find documentaries, films, and shows that will help educate you on systematic racism throughout America.

I know a lot of people are scared of the word "defund." I think that's largely due to misinformation. More accurately, we will reallocate funds to different programs that will decrease the likelihood of crime and allow more funding for essential community programs. The best way to deal with crime is to prevent it from happening. With careful steps, the United States can shift towards a movement of equality for every person in our nation.