Dance Marathon Changed My Life, And It Will Change Yours Too
Odyssey

Dance Marathon Changed My Life, And It Will Change Yours Too

For the kids, always. 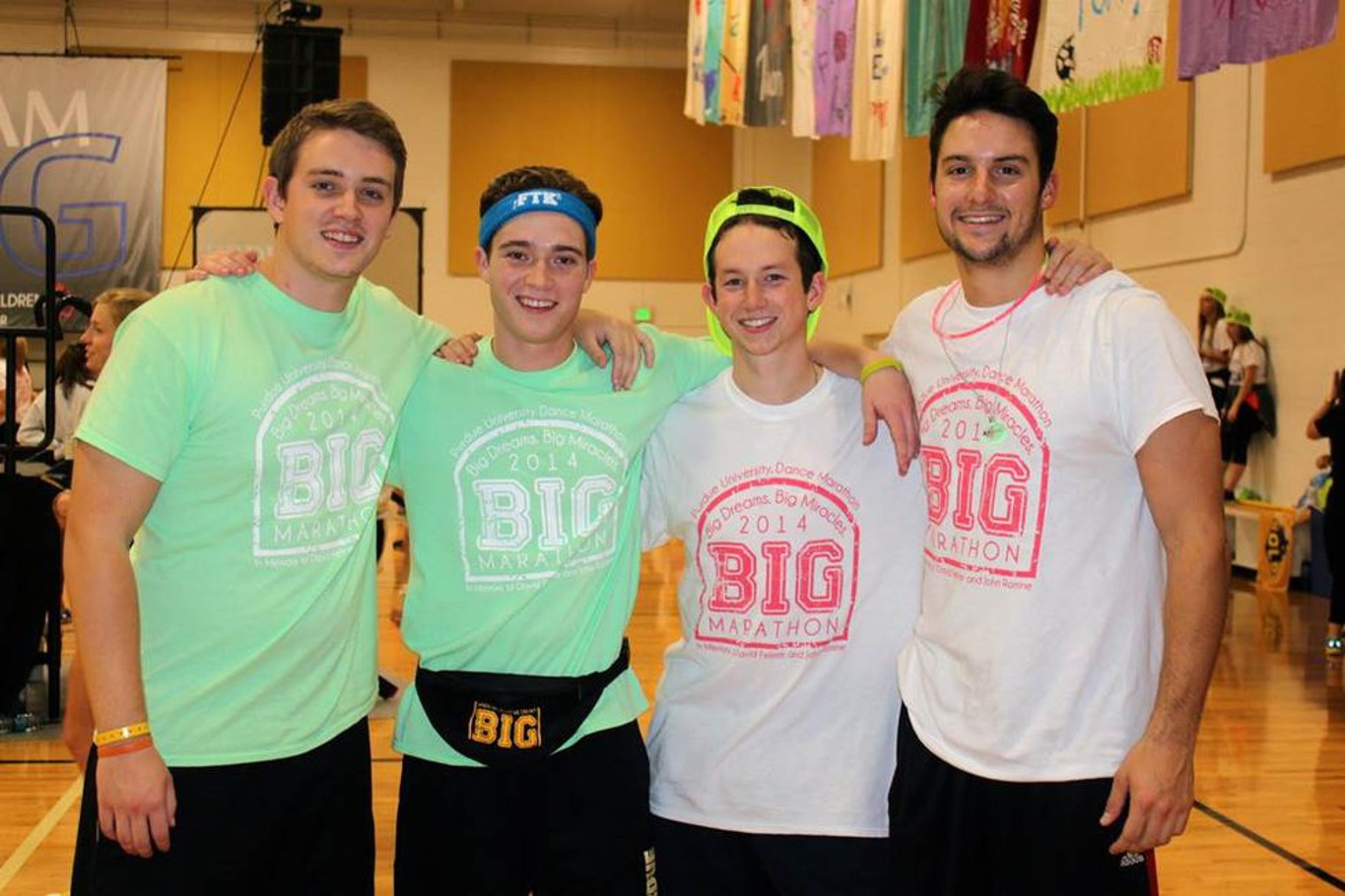 On November 14, 2015, I will be participating in my fifth Dance Marathon event as a member of the Purdue University Dance Marathon (PUDM) executive board. My journey started in 2011, when I was a timid little freshman looking to get involved in something bigger than myself. I had just started pledging Sigma Chi, I joined my college's student council, and now I was looking for a place to leave a lasting impact in my little corner of this world we all share. And boy, did I hit the jackpot with PUDM.

$303,562.82. This was our fundraising total for PUDM 2011. I began my PUDM journey as a dancer and discovered a lot about myself and about what PUDM is all about. For starters, I learned that wearing jeans and Sperry top-siders were terrible choices for my first marathon. But I also learned that helping others through PUDM is incredibly fun and even more rewarding than I could have imagined. You get to see the measurable, physical results of your fundraising efforts and you get to spend time with some of the most inspirational people you will ever meet. But PUDM 2011, was merely a taste of what was in store for me and the others who stayed involved with me throughout the next three years.

$528,654.67. That's how much we raised in 2012. We grew by almost 50 percent in a year, and I remember being a thousand miles above cloud nine at the reveal after a long but insanely fun 18-hour marathon. I did not think I could experience a better high, as I, and the other dancers, made a mosh pit of people screaming "F-T-K! F-T-K!" Everyone was losing their minds, hugging and crying and jumping up and down. I was a dancer again, this year, and this is when I knew I wanted more. I wanted to give more. I wanted to feel more. I wanted PUDM to become more. I was hooked. I became an addict and the only way to get my fix was to lace up my dancing shoes and make miracles happen.

$1,000,471.03. The number heard around the Dance Marathon world. In 2013, PUDM became the youngest ever Dance Marathon to raise one million dollars in a single year. If you think people were hyped at the conclusion of PUDM 2012, you should have been there for the reveal a year later. There was an eruption in the rec center. The thundering of the nearly two thousand dancers shook the walls of the main gym. The sea of screaming people churned. The sounds echoed and crashed around us into a deafening roar. People dropped to their knees, overcome with emotion. Others swayed and stumbled, dizzy with happiness and fatigue. I would bump into a warm body, hug it furiously, then pinball through the crowd until I bumped into someone else for another crushing hug. No one could really say anything except for a hoarse and raspy, "We did it!" between bouts of laughter and sobbing.

This unforgettable year was the year I made the step up from dancer to committee member on the Greek Relations committee. I made lifelong friends on this committee, friends I bonded with and made miracles happen with. Those involved with PUDM 2013 will never forget that feeling when that number, all nine glorious digits of it, flashed on the projector screens.

That year was the dose of PUDM that did me in for good. I was a hopeless Dance Marathon junkie who would never recover. Life wasn't the same without being a part of Dance Marathon.

And so, comes PUDM 2014, when we raised $1,002,510.28. Now, you might be thinking, that's not much growth. And you are right. But do you know what I am thinking? I am thinking we raised over one million dollars to help end childhood illness, and we did it for the second year in a row. I am thinking we raised over one million dollars for families that might be able to stay together for a little while longer because of us. I remember a time in my life when I could not even grasp the concept of a such a number. We put a dollar sign in front of a number that at one time was so unimaginably big, you couldn't didn't even understand it and then gave it all to families that would be lost without it. How could you possibly feel disappointed after having done something as miraculous as that?

Over the past year, I have seen myself grow as a person and a leader through my work with Dance Marathon and the inspiring people I've met along the way. If nothing else, I hope this timeline encourages you to take a chance on something, because that chance might just become your passion. If you're interested in helping us in our fight, head to donate.pudm.org to make a contribution. Every cent goes toward improving the lives of families at Riley Hospital for Children in Indianapolis.