The Crisis In Venezuela

The key factor in the civil crisis appears to be security forces. 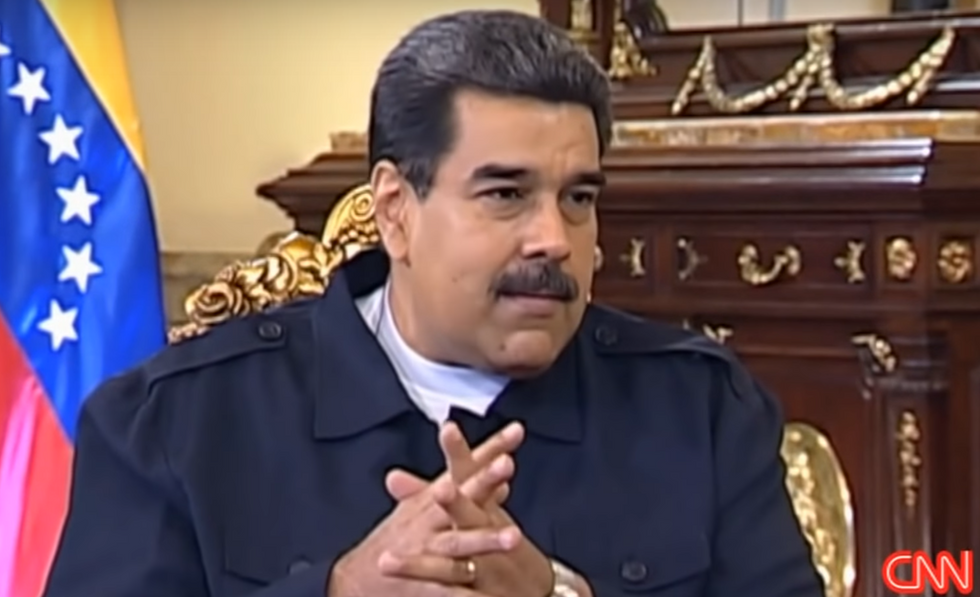 The past week has seen a tumultuous change in the Venezuelan leadership, with Juan Guaidó, leader of the legislature, declaring himself active president during a continuing period of growing political dissent highlighted by skyrocketing inflation, power cuts, and shortages of food and medicine for the general population. The move has been seen by current President Nicolás Maduro as an attempt to oust his recently elected administration for a second term two weeks prior by foreign powers such as the United States, who had imposed sanctions against Maduro's government for what they considered to be an illegitimate play to control the nation.

A plethora of factors have accounted for the crisis in Venezuela coming to a head recently, powered by a declining economic state and civil unrest that has resulted in more than 3 million Venezuelans leaving the country, one of the largest forced displacements in the Western hemisphere.

In March 2013, then-Vice President Nicolás Maduro took over the office of the presidency after the death of President Hugo Chávez, who championed a "21st-century socialism" approach to revolutionizing the economy to win over the hearts and minds of the masses. Chávez's government, which had come to power in 1999 (when Venezuela had huge inequality), attempted to utilize price controls to make basic goods more affordable to the poor by capping the price of flour, cooking oil, and toiletries. However, these policies resulted in a decreased level of domestic production by Venezuelan businesses.

In addition, foreign currency controls implemented in 2003 forced those wanting to exchange bolivars (the main currency of Venezuela) for dollars to utilize a government-run currency agency, with only those deemed to have valid reasons to buy dollars allowed to change their currency at a fixed rate, prompting the general population to the black market.

Maduro then went on to defeat the opposition party, headed by candidate Henrique Capriles, in presidential elections for a six-year term. Capriles later accused Maduro of fraud and called for his supporters to oppose Maduro's presidency. A wave of protests dubbed "The Exit" soon ensued, which led to the arrest of well-known opposition leader Leopoldo Lopez. Maduro's first term in office was marked by rising discontent due to prolonged recession and rising inflation due to a drop in oil prices, which eventually lead to the opposition Democratic Unity coalition winning control of Venezuela's legislative body (the National Assembly) in December 2015, for the first time in 16 years.

After a series of anti-government protests that left more than 100 dead, Maduro's government called for a referendum in July 2017 in order to approve the creation of an all-powerful legislative body known as the Constituent Assembly, primarily in order to rewrite the constitution, sparking massive outcry amongst opposition supporters and accusations that Maduro was attempting to undermine democracy. The relationship between the Venezuelan administration and the opposition party continued across 2018, specifically in regards to disagreement over the timing of the next presidential election.

In May 2018, Maduro was reelected for a second six-year term over a lesser-known opposition candidate, but the domestic opposition, backed by the United States and Lima Group of mainly right-leaning Latin American governments, refused to recognize the results. Meanwhile, financial conditions deteriorated as hyperinflation at a staggering 1,300,000% rate marked the 12 months to November 2018 with an IMF forecast of a 10,000,000% inflation rate for 2019.

The United States has placed active pressure on the Venezuelan government to force Maduro aside to allow Juan Guaidó to take charge by imposing sanctions against state oil company PDVSA from collecting proceeds on crude exports to U.S. refineries, thereby cutting off the main source of Venezuelan revenue. The key factor in the civil crisis appears to be security forces who had been loyal to Maduro because of his frequent pay raises and appointment of high-ranking military officials to key posts in industry. Juan Guaidó has promised military personnel amnesty if they break away from Maduro, but only time will tell if the situation will escalate into a full-blown civil war.
international
Report this Content
Currently