6,431,376 Colombians all around the world voted NO. The citizens of Colombia did not accept the peace accords and the next step would say a lot about the true intentions of the government of Juan Manuel Santos and the FARC. 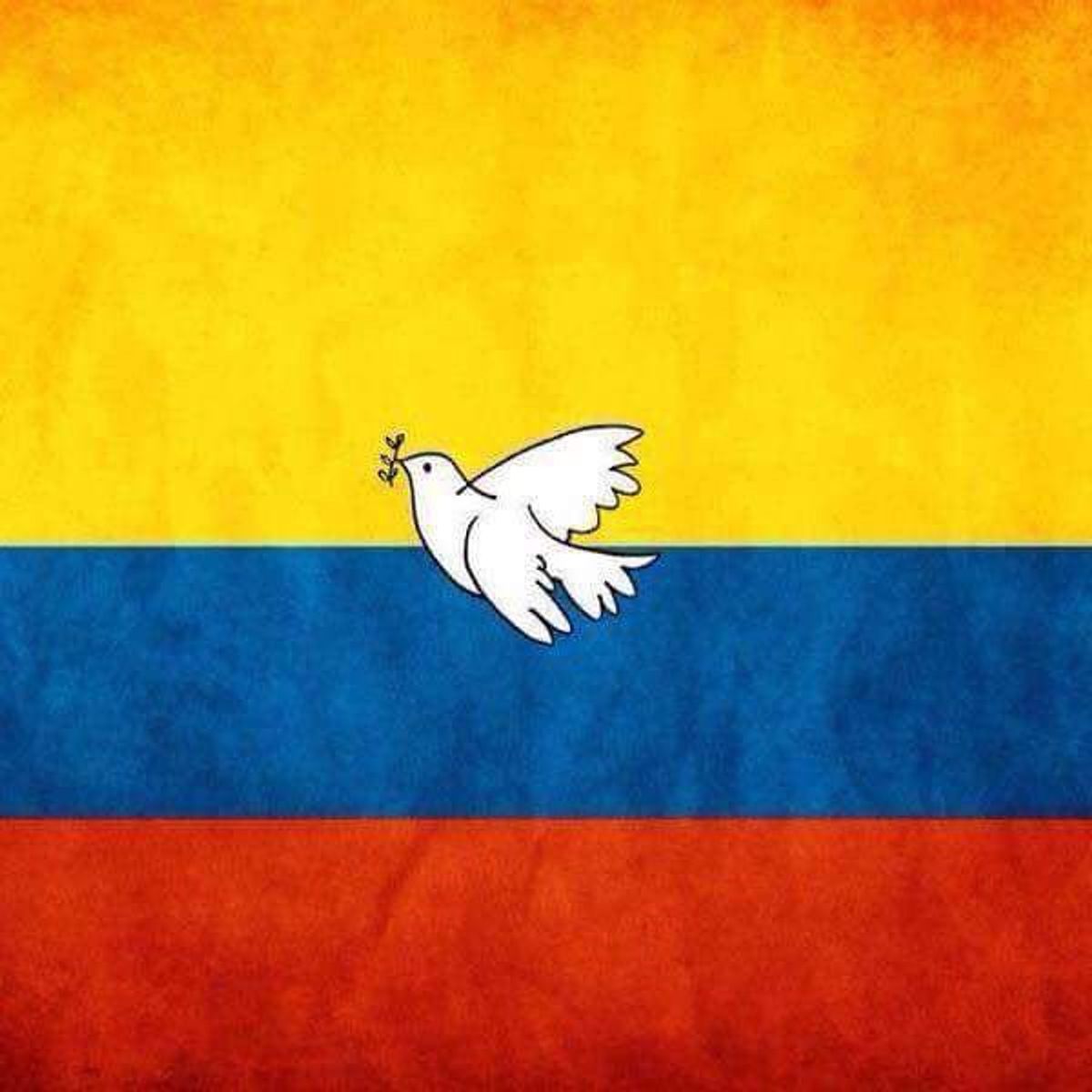 As of December of 2015, Colombia had become the country with the second highest number of internally displaced individuals (6,044, 200), followed by Syria’s figure of over 6.6 million people. The Revolutionary Armed Forces of Colombia or FARC are one of a handful of alphabet rebel groups that roam the countrysides of Colombia wielding influence and fear into the lives of impoverished rural Colombians. Once a leftist Marxist guerrilla group with political aspiration, they turned away from their ideological direction to pursue the financial gains of fear and drug trafficking. Though their numbers have been cut in half due to the suppressing campaigns of Colombia’s executive branch, a formidably sized group is still holding out in the country’s southern regions. Sunday, Colombian citizens in the country and across the world voted in a plebiscite or referendum to negotiate an end to the last guerrilla group in the western hemisphere. The results shocked not only the government, but also the world. Colombia voted NO on October 2nd and the aftermath has just begun.

In its 52nd year of existent, the FARC, and the Colombian government finalized peace accords this summer in Havana, Cuba after four years of negotiations and peace talks long after the Brexit referendum of last June. This plebiscite is a little different than what occurred in the United Kingdom but has just as much implication and importance as the political elections that have already occurred or will occur this year. The peace accords reached between the Colombian government and the FARC were meant to finally bring peace to a nation that has continually suffered from unstable politics and a disheartened narco-image. Peace accords were marketed on websites like colombiapeace.org and acuerdodepaz.gov.co to explain and inform the citizens of Colombia and outsiders the upselling points and settlements agreed upon by Juan Manuel Santos, the current president of Colombia, and Timochenko, the current Commander-in-Chief of FARC.

According to their agreements, the country will finally see peace through the use of negotiations and FARC members will be able to reintegrate themselves into society through congressional power. The tops selling points of the peace accords are as follows:

By voting SI, Colombia would bring about an end to an era where negotiations with guerilla groups involved less violence and more ideological debate to settle arguments. Congressional roles would allow for Guerilla members to use their voices not their force to implement the changes they would like to see in the communities. The appointment of these roles would only have gone into action in 2018 (Colombia’s next presidential election year) and only after the other points had been met. This would be the first time in history that a guerilla group would take responsibility for it actions in front of a national judiciary council for their involvement in drug trafficking, recruiting child soldiers, kidnapping and murdering political figures, and the sexual exploitation of women and girls to name a few. FARC began as a rural society movement that expanded into a terror organization funded by the drug trade and diplomatic ties with some of the world’s popular leftist governments (Venezuela, Cuba). As an organization whose motives were rooted in the rural cause, they must have been prepared to honor their agreements and improve and secure the lives of the hundreds of thousands of Colombia’s campesinos or peasant farmers.

All I have just explained will not occur (for now). 6,431,376 Colombians all around the world voted NO. The citizens of Colombia did not accept the peace accords and the next step would say a lot about the true intentions of the government of Juan Manuel Santos and the FARC. The NO campaign believes it is a moral imperative that the Colombian community stands up for the basic human rights that would have been violated if the SI campaign had won.

Ex-president of Colombia, Alvaro Uribe, whose father was presumably killed by FARC members in 1983, leads the coalition. The supporters of NO, believe the government is working alongside, not negotiating with the FARC, by giving them a “slap on the wrist” so they can continue using their power to wield votes in their favor (like they did in regions in rural Colombian whom voted overwhelmingly +60% in favor of SI). FARC could remain intact and transform themselves into a militaristic political party that would eventually adopt and implement policies similar to those of Venezuela’s Castro or Maduro or Cuba’s Fidel Castro. Many Colombians voted no in fear that the country they’ve known, represented and loved will turn into a leftist dictatorship similar to that of it’s neighboring state because of the overpowering fear guerilla groups have instilled in the souls of the public through their tactics of political intimidation, violence and kidnapping that has been occurring for decades. The voters of NO believe the accords must be revisited in terms that will keep Colombia from becoming a proxy government ruled by a military dictatorship in the future.

All Colombians want peace, but the NO voters believe the accords do not line up with the basic ideals of human rights, liberty and respect and do not strive for the betterment of their country. If these two groups (the government and FARC) do not start properly negotiating transparently once again it goes to show that they cared not for justice or diplomacy, and instead wanted to use the citizens of Colombia as puppets that would do the dirty work for them. Wiping their hands clean of any political manipulation.

President Santos assumed the NO vote would bring about outbreaks of war. Ex-president Uribe is currently in talks with 2018 presidential hopefuls in faith that they can introduce a more transparent set of peace accords that will bring about justice. Timochenko and the FARC will continue betting on peace. The rest of Colombia has taken to social media to voice their opinions on the outcome of Sunday’s vote.

Glorie Martinez
5904
Why I Write On Odyssey