Coaching Taught Me More About The World Than I Expected

How I deal with THIRTY kids as a college student. 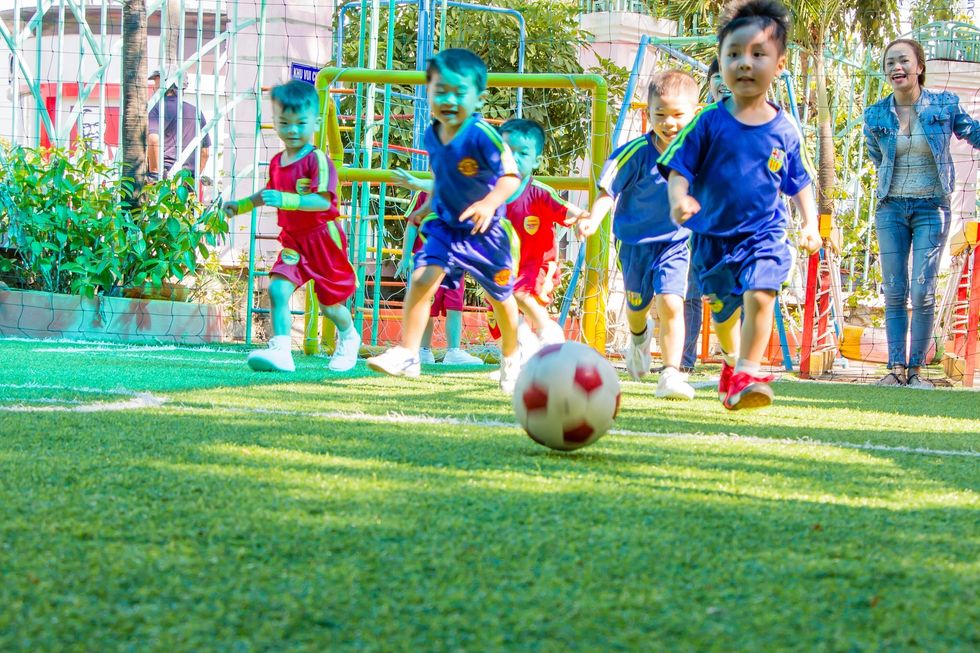 Well here I am, in my freshman year of college and I have since acquired a kid or two. Well, actually more like thirty, but what's the difference, right? I have been asked, "how the hell have you done this?" and to keep it short and simple, I sent a few emails, made a few calls, and the next thing I know I have become a soccer coach with over thirty kids on my hands.

Remember your first day of school, someone comes up to you and they say "Hey my name is Matt nice to meet you." But you weren't paying attention to Matt. You were eyeing up that cute girl across the room. Then the realization hits you and your like "ahhh shit." What did he ask me? You make a fool of yourself saying "haha me too" then Matt gives you this weird look.

Yeahhhh, well meeting the thirty kids was kinda, like that minus the cute girl across the room because that wouldn't go down to well with the supervisors when you're surrounded by little kids.

Learning all of their names was the first obstacle of this journey, as you really have to pay attention to them, as many of them are shy when meeting you for the first time, so when we get into a circle to introduce ourselves, they say their name really quick and softly so the spotlight isn't on them.

The next challenge is keeping them focused, especially the younger ones. This involves coming up with a lot of games to play while also having a benefit to their development as a player. It leads to games, such as sharks and minnows, relay races, and, a favorite, wallie. These kept the kids very involved and occasionally I would jump in to have some fun as well.

Now, one of the toughest parts of my job has to be dealing with parents. I've mostly had good encounters, but it's the bad ones that can really get on your nerves. You ever meet someone uneducated about something you are pretty much an expert in, and they tell you that you are doing it wrong then proceed to tell you in depth how you are doing it wrong and how you should do it better? Well, this is exactly the thing that happens.

Another complication that arises is bullying. I can tell that it happens as some of the better players on the team pick on the players who aren't as talented, and it really breaks my heart to see this. The best way I have found to take care of this problem is really encouraging and applauding the things the kids do well and try to come up with more partner-based games where the kids have to rely on each other and work together to win. This helped them with encouraging each other in a positive way as each group wanted to win and they knew they couldn't win if they argued and tried to do it by themselves.

The most rewarding aspect about coaching has to be seeing each kid individually grow along with the team coming together and playing as one. Knowing that each one of them looks forward to practice every week and are enjoying the beautiful game just as much as I do really warms my heart and I wouldn't trade it for the world.

job
Report this Content
This article has not been reviewed by Odyssey HQ and solely reflects the ideas and opinions of the creator.