Class of 2018 Through The Lens of Racial Injustice

Class of 2018 Through The Lens of Racial Injustice

Its horrifying to think what we've actually lived through 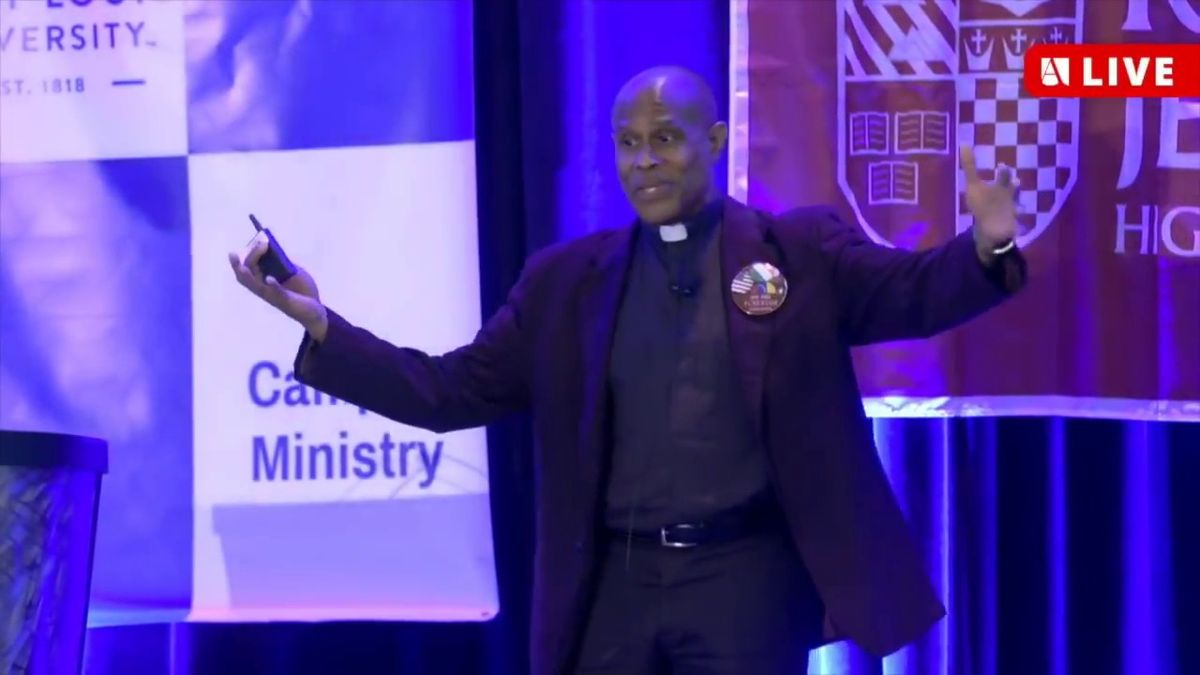 Recently I attended the Ignatian Family Teach In For Justice. It is a three day conference in Washington D.C. that focuses around social justice. I was fortunate enough to attend my sophomore year which inspired me to really pay more attention to what was going on around me. Part of it was a reality check on what my privilege actually meant. Then I went my junior year, which was only a few short days after the election. The country was in shock but we carried on, knowing that especially considering the results of the election we would have to fight even harder for social justice. I went into this trip realizing it could very well be the last time I can attend, but I was excited. This year's issues focused on racism in the criminal justice system and immigration reform. This article will focus on the keynote speaker who resonated most with me: Fr. Massingale. He gave a talk entitled "The Magis and Justice"

After his introduction, he asked to major questions: What is the challenge of this cultural moment for Jesuit high schools and colleges and universities and What can or ought to be the Ignatian contribution for racial justice that our society needs given our mission and our values?

So how do we do that? We look at the signs of the times and ground ourselves in whats really going on.

We did this by looking through the lens of the class of 2018 and our experiences.

Here is a run down:

In August 2014 when college was just starting for us, There was the shooting of Michael Brown Jr. in Ferguson. This caused a huge series of protests.

Our sophomore year will be remembered in conjunction with Charleston South Carolina and the shooting at a black church. Following this sparked the ongoing debate of Confederate flags and Confederate monuments.

Our junior year: the 2016 election. Even along the campaign trail, the leading GOP candidate constantly berated, slandered, and spewed hate about everyone who was not a white rich male.

Our senior year is not even halfway over and already we have been witness to Charlottesville and white supremacists. We thought events like this were something to learn about in history books, not on our TV screens.

What is even more shocking, Fr. Massingale cited a survey of millennials on whether or not white supremacist groups (like the ones of Charlottesville) were equivalent to the group Black Lives Matter. When broken down by race, millenials of color said they were two distinct types of groups, but white millenials found them to be equivalent.

That was horrifying to me. My generation who is supposed to be so diverse and accepting and open-minded is no different than the generations we critique and claim we aren't.

When such events happen in rapid succession like they have, we become numb to the true horrors of the actions. We are now too removed to realize that these tragedies we see from across the television screen affect our society.

We need to take up action. Real action driven by a constant need for racial justice not merely crisis motivated engagement.