Chance the Rapper's Parade to the Polls
Odyssey
CurrentlySwoonLifestyleHealth & WellnessStudent LifeContent InspirationEntertainmentPolitics and ActivismSportsAdulting
About usAdvertiseTermsPrivacyDMCAContact us
® 2023 ODYSSEY
Welcome back
Sign in to comment to your favorite stories, participate in your community and interact with your friends
or
LOG IN WITH FACEBOOK
No account? Create one
Start writing a post
Politics and Activism

Chance the Rapper's Parade to the Polls

Empowering millennials one concert at a time. 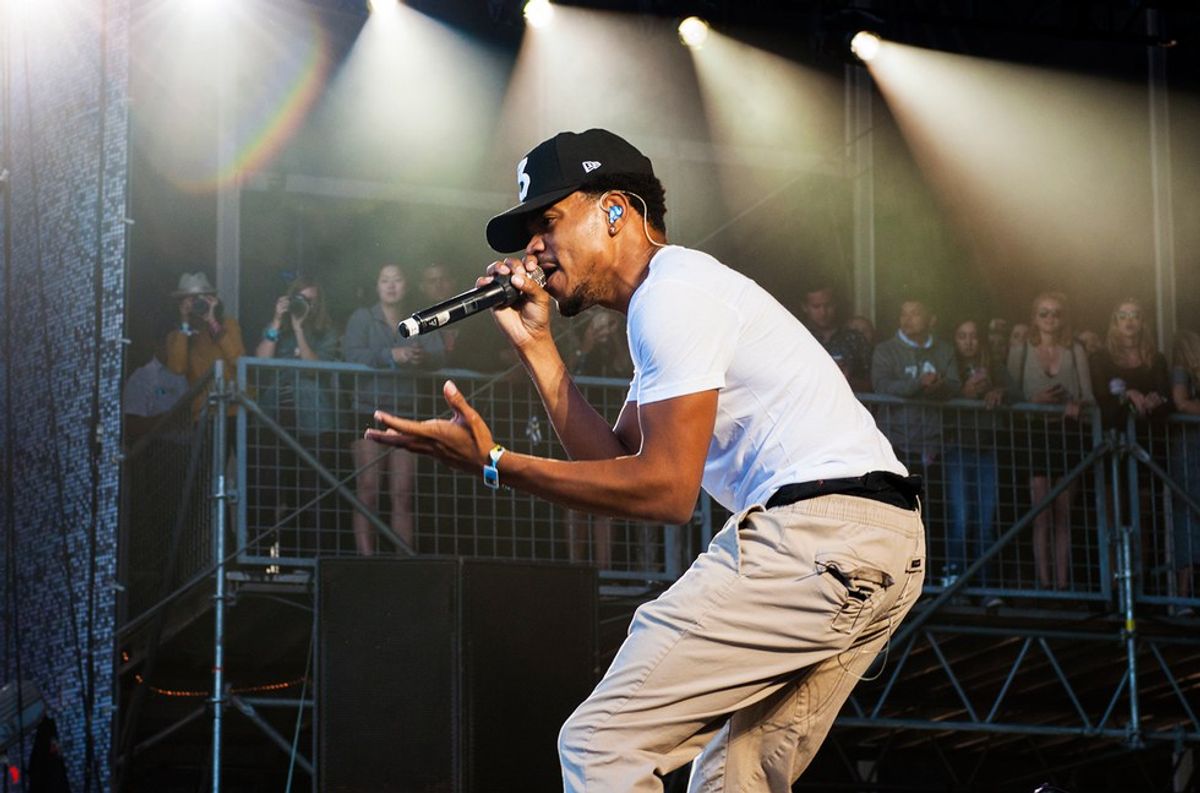 This election was the first one that I have ever had the opportunity to vote in. I was ecstatic to say the least. Being able to educate myself on the candidates and make my own choice of who I'd like to serve our country was empowering. However, throughout the election process, many of my friends argued that our votes didn't count. This isn't something that a first time voter wants to hear.

Regardless of where you live, your vote counts. Even if you live in a state like New York, that notoriously votes for the Democrat party, your Republican vote counts. People fought for our rights to vote, we need to take advantage of that and vote.

For every person who tells you that your vote doesn't count, there is someone who urges you to vote. This election has brought out all types of celebrities telling us to vote, but one went above and beyond.

Chance the Rapper, born Chancellor Johnathan Bennett, has been very outspoken throughout this election. Not only has Chance performed at one of Hillary Clinton's campaign rallies, he also appeared in one of her campaign ads with Beyonce and Jay Z. However, the rapper didn't stop there.

The day before election day, Chance the Rapper was performing in Chicago, his hometown. The concert was free and was sponsored by Chance's nonprofit group Social Works. The entire event was geared toward millennial voters, like us.

At the end of the concert, Chance led the concert-goers to the polls. They walked through rush hour traffic, led by a police escort, to get to the polling place. Officials had said that if you were in line by 7 PM you'd be able to vote early.

This march was dubbed the Parade to the Polls.

Because of Chance, thousands of people showed up and voted in this election in Chicago alone.

This election has millennials on fire for politics and many have decided that a future in politics is perfect for them. This is all thanks to people like Chance the Rapper who make it a point to lift us up and encourage us to get involved and use our voices to better our country.

We are the future. No matter how many people tell you your vote doesn't count, it does. Vote. Make your voice heard. This is our country, just as much as it is the president's and all the adults who tell us our votes don't count. Take control of your future.

Chance the Rapper helped empower millennials. Thousands of us took part in an election that was earth shaking. No matter who you voted for, you need to realize that your vote does count and, although it's super cool that Chance did this for us, we need to figure that out on our own next time. This is your country too.