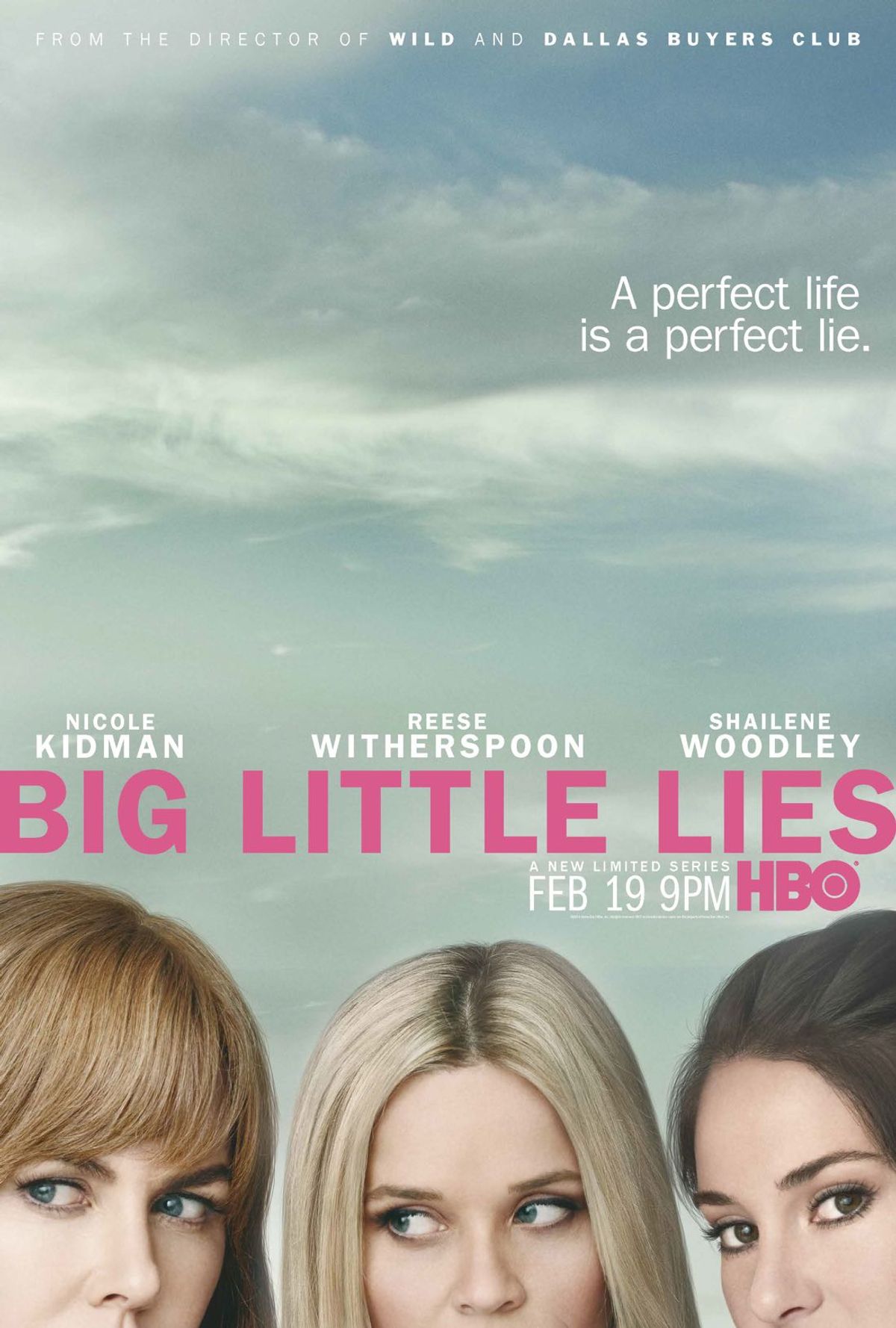 Note: Here is my first review of a mini-series: HBO’s Big Little Lies! I will continue to review films as well, old and new, but I will also write on mini-series (short-spanning shows that last a certain amount of episodes and conclude).

Having violence in a family household is not just verbal and physical abuse from one person to another. Bruises can form just as poignant in the body as they can in the heart and mind. What I am getting at is how domestic abuse among family members may branch out from others who witness it or those themselves who are victims of such brutality.

Big Little Lies, HBO’s new mini-series composed of just seven episodes, is a good depiction of characters entwined in anger and betrayal. In fact, it is safe to assume all the adults in this story bottle up anger in some type of form. Some are guilty, others are innocent; and yet, none of these people are perfect or noble.

The show stars three main characters, played by Shailene Woodley, Reese Witherspoon, and Nicole Kidman (exceptional as always), are mothers living in Monterey, California. One night, a murder occurs on trivia night in the school their children go in. The story backtracks to the first day of first grade, as young and new-to-town Jane Chapman (Woodley) takes her son, Ziggy, to orientation. Present as well are Celeste Wright (Kidman), a retired lawyer and mother of twins, and Madeline Mckenzie, a strongly independent mother of a first-grade girl and teenage daughter. Trouble brews among the class when it’s found out that someone has choked a fellow classmate, Amabella, and that she has pointed out Ziggy as the culprit. It doesn’t help the fact that Amabella’s mother, Renata Klein (Laura Dern), is a mother from Hell bent on bringing not only Ziggy, but also to Jane. Think how a mother grizzly bear would protect her cubs when sensing danger. This woman must’ve been one in another lifetime. Ziggy denies ever hurting Amabella, and it is clear to the audience he really didn’t do anything. Alas, conflicts with bloodthirsty tendencies arise among the parents of the little ones, as it becomes clear things have gotten personal.

What director Valleé does well is keeping the audience’s interest in finding out who are the culprits causing so much turmoil and unease among the characters, as well as the effects that result from the terrible actions of others. An adulterous relationship occurs, a case of domestic violence unravels in one of the households, and a character affected with a horrifying event of the past tries to cope along with everything else in the present. These are the three primary elements each of the three characters go through, and the director and screenwriter do well in hinting out clues and brief flashbacks to point in our direction who is going through what. Also, the three leading ladies do a great job in embodying their characters’ personalities, especially Kidman in a very impressive role. It’s no surprise Kidman excels (a veteran actress whose given too much great performances to mention), as she brings heartbreak and bravery in order to show a woman undergoing ordeals in her household. Her scenes with Alexander Skarsgård as Celeste’s husband are as unsettling as they are real and raw in nature. Difficult to look at, to say the least, but these scenes are handled with realism and power to portray domestic abuse among spouses.

There is too much to cramp in one mini-series, indeed. More episodes could have been done to expand on certain plot points and character developments. Also, the ending seems too deliberate, as if there wasn’t a proper way of tying up loose ends or creating a satisfying outcome. Still, the show offers an engrossing look at the daily, troubled lives of what at first seems to just be a peaceful community in a tranquil West Coast town. For the most part, Big Little Lies proves to be a great drama with important morals.