One Sip Of Bazaar Pink Tea Made A Lifelong Memory
Odyssey

One Sip Of Bazaar Pink Tea Made A Lifelong Memory

In the midst of chaos and confusion, one thing remains clear: the taste of the tea. 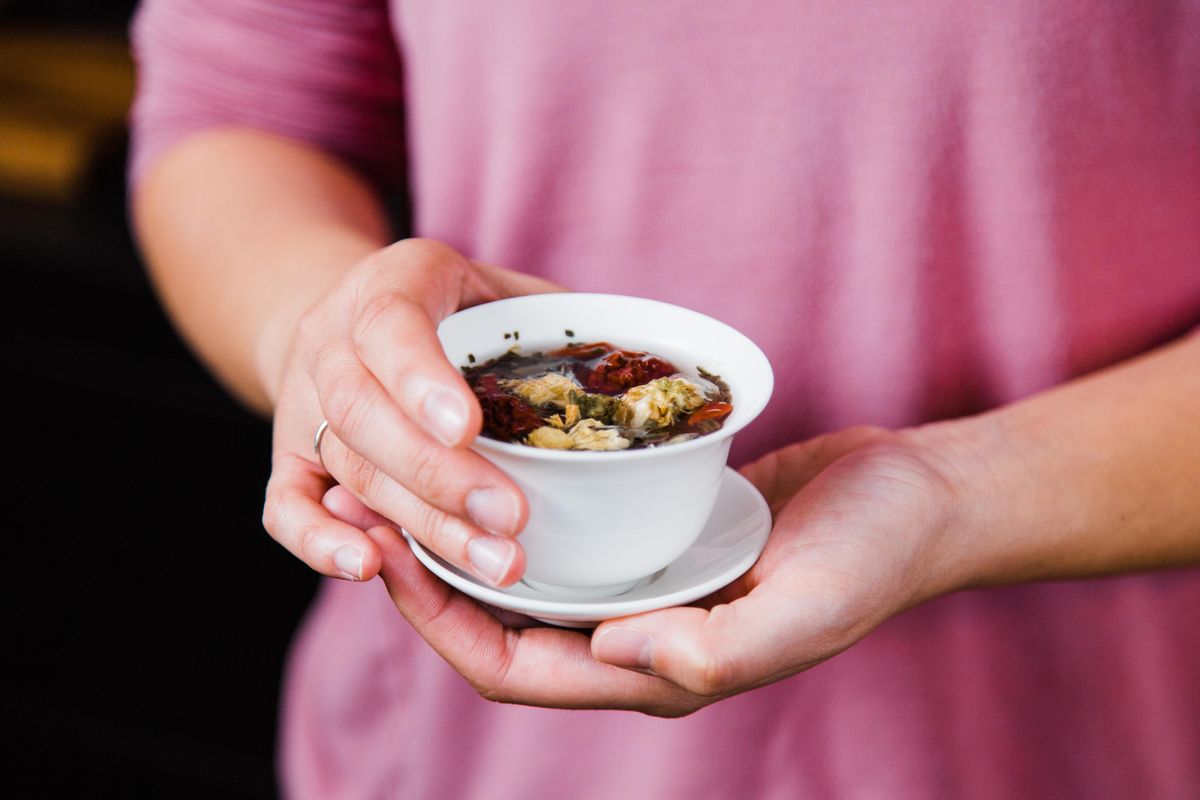 I don’t know why I remember drinking tea with my grandmother. She lives in Rawalpindi right on the border of Islamabad the capital of Pakistan. My parents and I traveled to Pakistan to visit my grandmother – my first time going to Pakistan that I could remember.

The year was 2012. It was near Christmas time and I had just gotten up one morning in a cold, dry bedroom after sleeping on a distressed mattress. Jetlagged. Three days into this so-called ‘vacation’ I finally left the house. I was wearing leggings and a long dress/shirt that was extremely itchy and had more colors on it than a rainbow. My parents had already left for the day, so it was just my Grandmother and me.

We drove for an hour or so in an old beat up Toyota Carola that had a Little Tree ‘New Car’ scent in it. We finally got to a bazaar, somewhere I had always wanted to go, like in the movies. I looked out the window, and the only thing I saw was building walls 2 inches away from the side mirrors of the car, and chickens and people walking without a care in the world.

The driver stopped right in the middle of this very chaotic bazaar and told us that he couldn’t go past this point because the walls were too close together. I got out of the car, and I was trying to look at the names of the shops, but they were all in Urdu, the local language. I was completely lost; my grandmother then got out of the car, and pulled me to her side and told me not to leave her or someone would sell me for a couple of camels.

We walk for a little bit on a road that has thousands of potholes and bumps to get to a jewelry store with a security guard standing outside. We walk into this jewelry store, and there was a middle eastern man with a turban and a long black beard working inside. My grandmother told me not to talk, or he was going to raise the prices, so I just pointed to what I wanted, a beautiful gold ring with colorful diamonds all around it: perfect. The man speaking to me in a language I couldn’t understand took my hand and measured my finger to find a ring that was the right size. He then started to yell at my grandmother because they didn’t have any rings big enough to fit my fingers.

In the middle of their argument, another middle-aged man came into the shop with a tray consisting of a large kettle, four teacups, and some napkins. He then put the tray on the counter and poured this beautiful pink colored drink into the delicate china teacups. He then proceeded to hand my grandmother a saucer with the teacup and she thanked him, then before he handed me a saucer, I shook my head no. I don’t like tea especially when it is hot, and I was told by my parents not to drink anything with water in it.

My grandmother then forced me to accept this weird pink tea, and I stared at it for a few minutes, as I watched the steam fly from out of the cup.

As I was considering the tea, I saw little green pieces of pistachios floating around in it. My grandmother then forced me to drink it, because I was acting ‘rude.’ I stared at this mysterious pink tea one last time, and then took a sip. The heat of this tea was the first thing I felt on my tongue: burnt. I immediately put it back down and smiled and nodded my head to thank the man that had brought it in.

I blew on it a little more, then took another sip – it wasn’t bad. If anything, it was the best tea I ever had in my life. To this day, it was the only warm tea I have enjoyed. After drinking a few cups, the jeweler finally found a ring in my size. I don’t know why I can still only remember drinking the mystical pink tea in that jewelry store.

Caitlin Marie Grimes
University of South Florida
3364
Beyond The States