My College Banned Chalking, Proving The 'F' In Texas A&M Stands For 'Freedom'

"Whoops," exclaimed TAMU, but not in the usual, fun way. 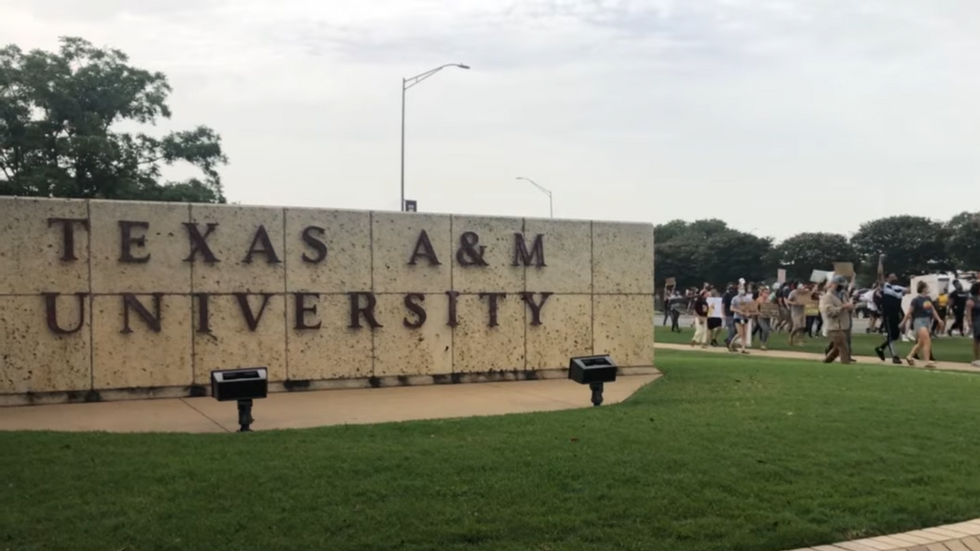 On August 26, Texas A&M University leadership prohibited chalking as a form of messaging on campus surfaces. Dissenters of this new regulation "will be subject to appropriate disciplinary action... regardless of message content or viewpoint," according to the official Campus Signage Policy Revision.

Effective immediately, this policy change explains that students will simply not be allowed to write or draw messages in chalk on any surface.

Chalking exists as a common practice for campus organizations to advertise events. However, more recently, progressive Aggie clubs have been taking to the sidewalks to protest the continued standing of the Lawrence Sullivan "Sully" Ross statue at the center of campus, communicating messages that, "Sully was a white supremacist."

Many students suspect that the drawback of this freedom of expression is a direct response to the BLM and anti-Sully chalkings.

Generally upset by the regulation, Aggies have channeled their criticism in varying channels, from bemoaning the power move to chuckling at the Administration. Always snappy with clapbacks, Gen Z students took to social media. The following photos are posts from an A&M satirical Facebook group with over 30,000 members.

I probably do not have to reiterate the vitality of the First Amendment or Article 19 of the Universal Declaration of Human Rights to you, unless you're an official that signed off on this rule. If that is the case, howdy! Here is the bare-bones reasoning behind freedom of expression as an intrinsic right to humans (yes, students count).

As a public university that is partially funded by taxpayers, Texas A&M should understand the rights of citizens to peacefully speak out, as this is an American act that underpins several other rights and allows these other rights to flourish. The responsibility to communicate beliefs freely on issues is synonymous with the ability to hold the powers that be to account. Freedom of expression progresses the development of any society.

Even beyond this minimum necessity for young minds to have liberty, the university ought to understand that the timing of their campus-wide email materializes as a terrible PR move. TAMU attests that the chalking choice stemmed from financial woes, claiming, "the use of different types of chalk is labor and time-intensive, and cost-prohibitive."

However, students aren't buying this excuse, saying that the timing of this so-called "coincidence" is disappointing. Just as soon as the concerns of students of color were heard on the controversy of revering a Confederate general, these students were silenced and the symbol of racism stood unchanged. President of Young Dems BCS Lora Morgan echoed this sentiment.

"This ban was about silencing us, contrary to what the university has stated. TAMU has proven with their actions in this ban that their portrayed concern for racial justice is nothing more than posturing. If they were listening to our students of color like they pretend to, they would remove this socially problematic statue, and they certainly wouldn't be attempting to silence those speaking out by banning chalk and refusing permission for protests as they have done. Not only are they failing to honor their students but they are infringing on free speech."

Morgan, who has participated in the chalking efforts on campus to raise awareness about the Sul Ross statue, said she disagrees with TAMU's decision. She is not alone in her stance, meteorology sophomore Kyle Legg urged continued activism in the face of coercion.

"I suggest that the students who are actively being silenced simply keep up with the Administration's efforts to push dissent under the rug by complying with their ever-restricting guidelines until we are backed into a corner far enough where even to the alumni it is unjust, and we gain a larger coalition to fight against the narrowing of our rights. Instead of chalking about the racist who founded our University, let's simply transfer our message to another medium: the sandwich board. That is, if it's not banned already."