At just 19, up-and-coming artist Khalid is able to voice his stories of his youth and relationships with a refreshing and transparent old-school vibe 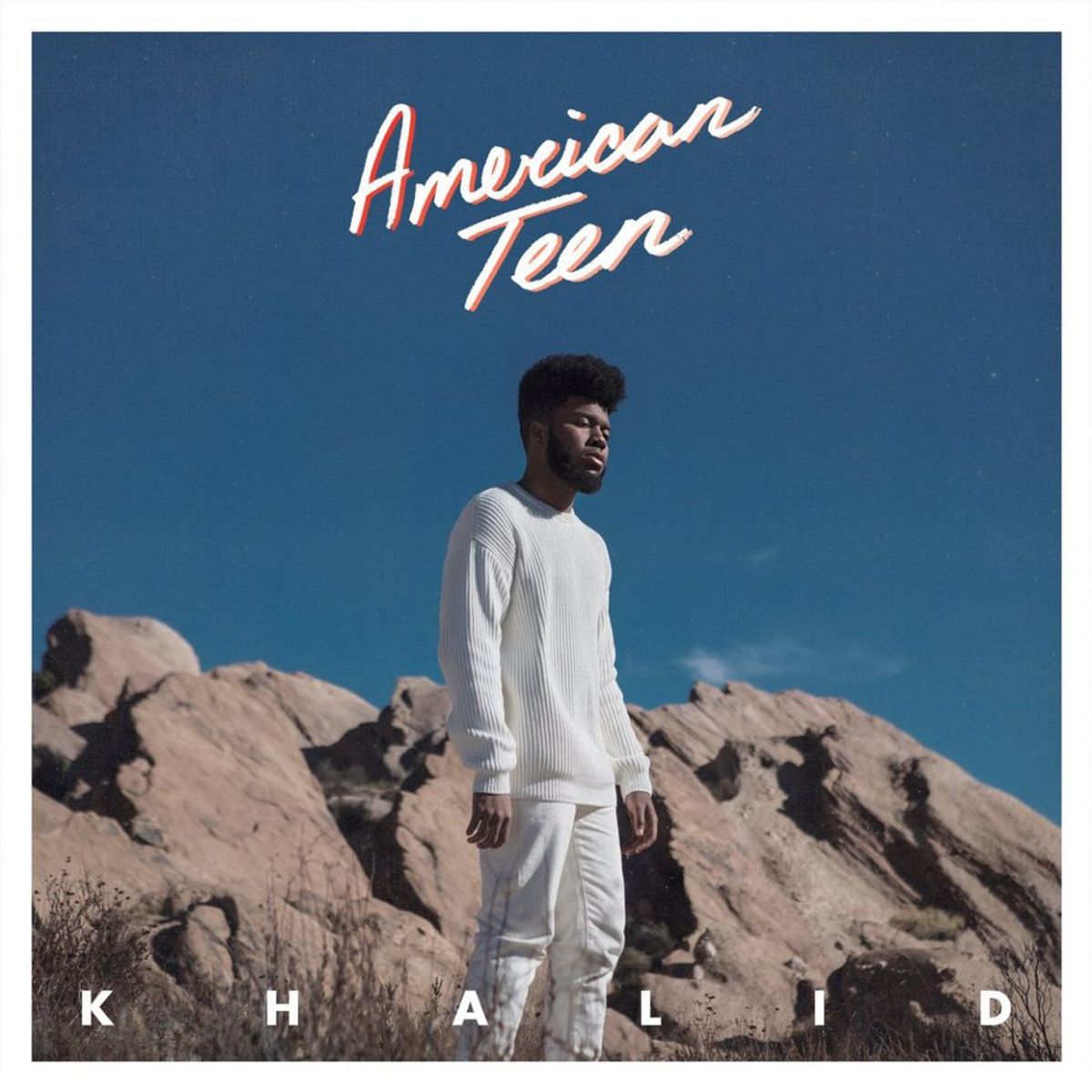 In the music industry, it’s tough to stand out. When a musician aspires to share their craft with the world, they have to keep in mind that there is a circle of artists to get over and that there are even more artists that share the same dream as them. What they need to do is bring something unique and show the world that there’s more to discover in the medium.

This is something that 19-year old up-and-coming artist Khalid has done with his debut album American Teen, presenting an emotion-filled mix about his youthful miseries and pleasant reminiscing as an American teen from El Paso. The 15-track album introduces him as an individual who is free-spirited, has experienced heartbreak, has coped with inner demons, and has lived his life with a mind of optimism and hopefulness - all things people have or will experience at some point in their lives.

Khalid’s hit single, Location, has resonated throughout the country, giving people a hint of soulful R&B style music that is fresh in the same regard as that of other current R&B artists such as Bryson Tiller and Frank Ocean. But the album itself lets us understand Khalid and the style he is pursuing.

The first track American Teen opens the album with line that he is "living the good life full of goodbyes”, setting the tone for the teenage life as one that is full of temporary and turbulent emotions that come and go at a beat. The music itself is atmospheric with simple clicks and ambient samples making Khalid’s voice the real star in each song.

After Location, Khalid’s Saved is easily one of the most popular with fans. He describes a breakup due to him moving from his hometown of El Paso to New York and describes how technology has really played a big role in relationship capabilities and communication - something that our generation knows too well. Through the song, he holds a melancholic sense of hope where he simply keeps the number of his ex just in case she’ll one day reach out to him again as their relationship never had proper closure or in case she just needs someone to talk to.

Being only 19, he understands how the times have changed when it comes to relationships. We all use our phones and most of the exchanges an individual has is through social media and texting, something that he is aware of. By making this a point, he is able to resonate with young listeners who know where he's coming from but more than that, his tone maintains a balance of sincerity and bitter honesty; he is not forcing lyrics for the sake of it nor is he exaggerating a situation. This transparency is what makes him so magnetic when he sings of themes that would otherwise be deemed corny or sappy.

Following these heavy emotions, he goes back to the youthfulness with 8TEEN. The beat in these kind of songs are very vibey and smooth. This being said, his more fun songs lack in lyricism compared to other tracks. At best they’re unoriginal, at worst they’re cheesy. It could be on purpose as these songs represent his younger and more immature side but who knows? Nonetheless, his more emotional songs continued to sway me in Winter and Therapy which are my personal favorites after Saved.

Winter is full of bitter suffering that ironically uses an upbeat sample, creating an engaging and fun rhythm. He uses the weather to symbolize the turbulence of his emotions in dealing with a difficult relationship, echoing back to the youthful idea of learning the hard way.

We hear about his love problems but in Therapy he shows the hopelessness in falling love and instead just needs some consolation. In this therapy session, he’s just looking to have a connection with some person and although he cries that “I’m not one for relationships it’s overrated”, he immediately follows up with “we could still be lovers”, showing the confusion and indecisiveness of dealing with complex emotions, especially at such a young age.

In dealing with the whirlwind of emotions, his last hope is to look up and beg for angels to save him in his final track Angels. This is easily his most raw track, using just a piano and his own voice to describe that although there are dark secrets, bitter memories, and relentless suffering, he holds onto his faith which guides him out of a painful path. It’s a great way to end the album as it emphasizes that we as human beings need to be the ones to pick ourselves out of the times we feel most helpless. Despite being hurt consistently in his teenage years, he's had to come to terms and accept that it's how life works.

Life is a bittersweet journey but it’s also a long time so nobody should feel like it’s the end of the world when they’re only a teenager.

Overall, I was impressed with this album. I knew after hearing Location, he would offer something refreshing to the music industry and he has done just that. His voice and pace leaks that of an old-school vibe that adults and teens can synchronize their emotions with. Although his lyricism is lacking in some songs, the beats and flow give something to appreciate in every song. Usually I find a lot of songs about love and relationships to be as unoriginal as can be but some artists are able to weave their words in such a way that it feels genuine and sincere. This is why Saved, Winter, and Therapy are my personal favorites, being tracks that I feel he is most transparent. He's able to be simple but his words are straight from the heart.

He is not afraid to appear brave and free-spirited while also also showing that he is naive and vulnerable. After listening to the album, I felt like I could understand him completely and this speaks volumes of his potential and gift to communicate with listeners.

As a listener, I’m only excited to hear more about his journey and hope to see him mature and experiment with different styles. Time is certainly something that crafts his words and he is never in any rush to describe exactly how he feels. In this pursuit, he will grow to release more soulful music and I'm sure there will be just as much greatness, if not more, in his sophomore album.