Can Adelphi's New President Be A Leader For Diversity On Campuses Internationally?
Odyssey

Can Adelphi's New President Be A Leader For Diversity On Campuses Internationally?

On many campuses, there are still many students who feel they stand out and don't fit in! But can we change this once and for all? 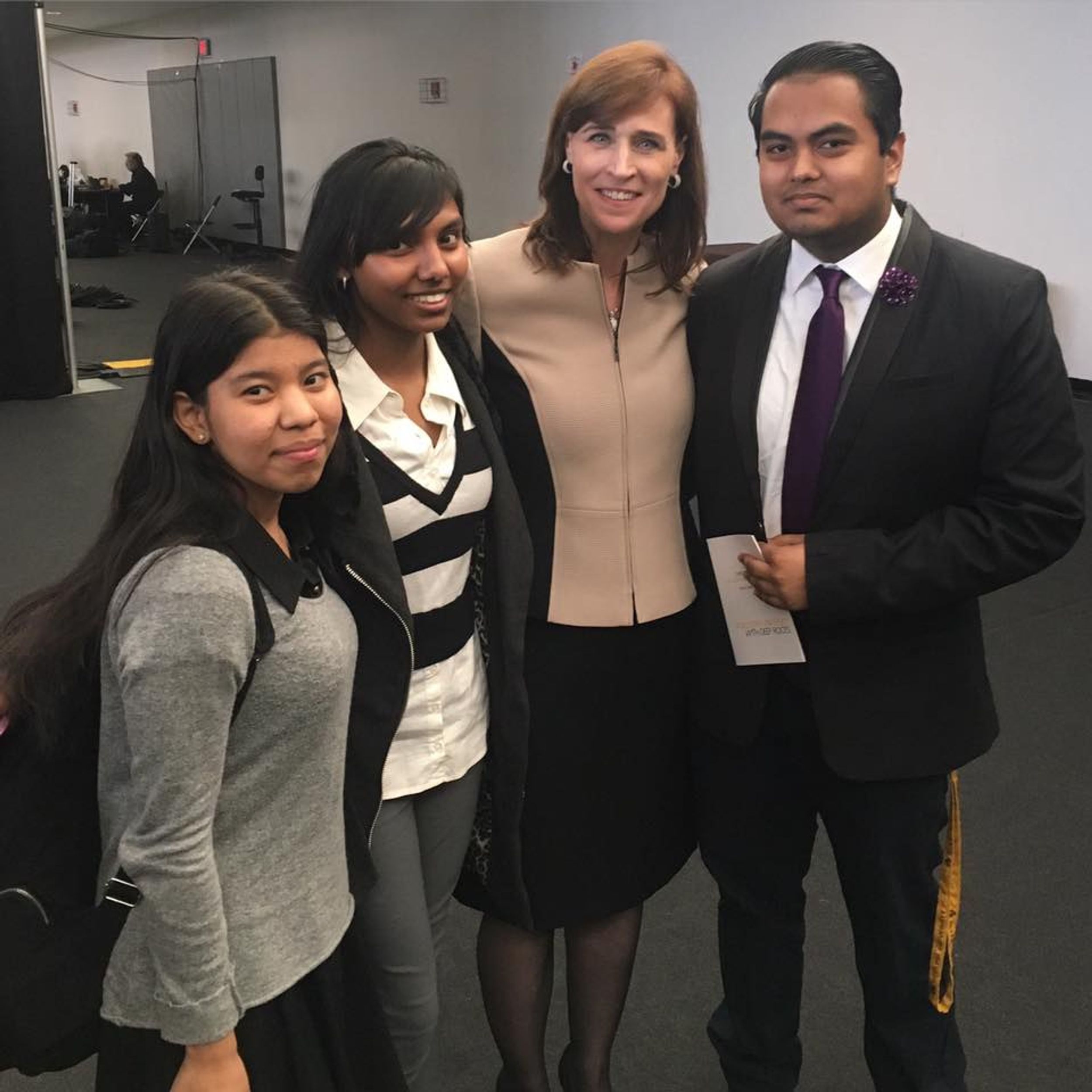 "We will dare to be extraordinary." ~ Dr. Christine M. Riordan's Inaugural Address

In the early 1900s, diversity in America was an issue for the African American community. While there are still some radical issues today, progress has been made since then. Today, the diversity issue not only roots from the difference of races, but of gender, sexual orientation and various socio-economic backgrounds.

On Friday, March 11, 2016, Adelphi University, in their 120th year, inaugurated their 10th President, Dr. Christine M. Riordan. In her inauguration speech, Dr. Riordan pointed out the clear fact that many universities today have still not emerged themselves into diversity. Dr. Riordan stated in her speech that there are still students today who feel like they don't belong or fit in on campus; she declared that this has to change. She said, "We will be a model of a University that creates a culture of diversity and inclusion."

But even before her inauguration, Dr. Riordan has been an advocacy for diversity on the Adelphi campus and has begun to implement the changes deemed necessary to make all students feel welcome and at home.

Dr. Riordan began working towards diversity at Adelphi University through various committees and new pathway programs to create a safe environment for all students. Adelphi even launched a Diversity Page that lays out the university's long term and short term plans to achieve their diversity goals.

A major part of Dr. Riordan's diversity plan, is to make every student feel welcome and like they too can be a part of the campus. In her inauguration speech, Dr. Riordan stated that international students have expressed that they feel as if they don't belong and are struggling to adjust to campus life. To solve this problem, in the Fall of 2016, Adelphi will be launching a new pathway program for international students to foster the transition of international students into the academic and social setting of Adelphi.

Dr. Riordan is consistently receptive to the students of Adelphi, she models her agenda based on the ideas and concerns of the students; she expressed this vividly in her inaugural address stating, "I think we are at our best when we collaborate."

As an Indo-Caribbean student here at Adelphi University, I can state that the outcome of Dr. Riordan's efforts is clearly portrayed. Through many cultural events and organizations at Adelphi, students have expanded their knowledge of their peers who come from different backgrounds; with knowledge, stereotypes begin to loose their power and students from various walks of life here at Adelphi are beginning to reach out to one another and form life-long friendships. While we may not have completely achieved full diversity, I believe that we are on the accelerating path towards it!

Another student at Adelphi University, Noor Meer spoke to me about her preconceived notions that she had of Adelphi, which many students have of the university, and how that all changed when she arrived on campus.

Noor said, "When I first found out that I would be attending Adelphi I was excited, but coming from New York City, I had this preconceived notion that Long Island isn't diverse at all, and that it's full of Caucasians. I believed that I would be the odd one out since I'm a hijab. Then I did FCAP, and very quickly realized that I was completely wrong. The way I was expected to be treated at Adelphi versus the way I was actually treated were two completely different things. I actually felt accepted and had to have multiple people tell me that they don't have stigmas against people of color or even of Muslims.

Sure, there are probably some bad apples here and there but I haven't run into them yet. I think what President Riordan is doing is great. She's doing a great job at making the campus seem more diverse than it actually is, but at the same time, you don't have to be a campus full of different races to be diverse. You just have to be accepting of everyone and everything. I would feel safer in an Adelphi classroom full of white people who love Muslims than a room of diverse people who aren't accepting of everyone."

The student body here at Adelphi University, hopes that Dr. Riordan's work becomes contagious and spreads to campuses worldwide. Under the leadership of Dr. Riordan, we believe that the students and faculty of Adelphi University will be able to succeed in diversifying our campus, along with becoming the frontrunners and examples for universities everywhere.

At Adelphi University, we have learned that the greatest way to accomplish anything is to work hand in hand; different backgrounds, opinions and beliefs, if used right, all come together to form a tight bond; and in the famous words of Dr. Riordan, "The People Make the Place."

Caitlyn Morral
St Bonaventure University
859
Wordpress
Odyssey recognizes that mental well-being is a huge component of physical wellness. Our mission this month is to bring about awareness & normality to conversations around mental health from our community. Let's recognize the common symptoms and encourage the help needed without judgement or prejudice. Life's a tough journey, we are here for you and want to hear from you.