Abortions Are ​An Essential Procedure Even During A Pandemic

States like Ohio, Texas, and Mississippi are using the COVID-19 pandemic as an excuse to restrict abortion access, and that spells trouble for women across the country. 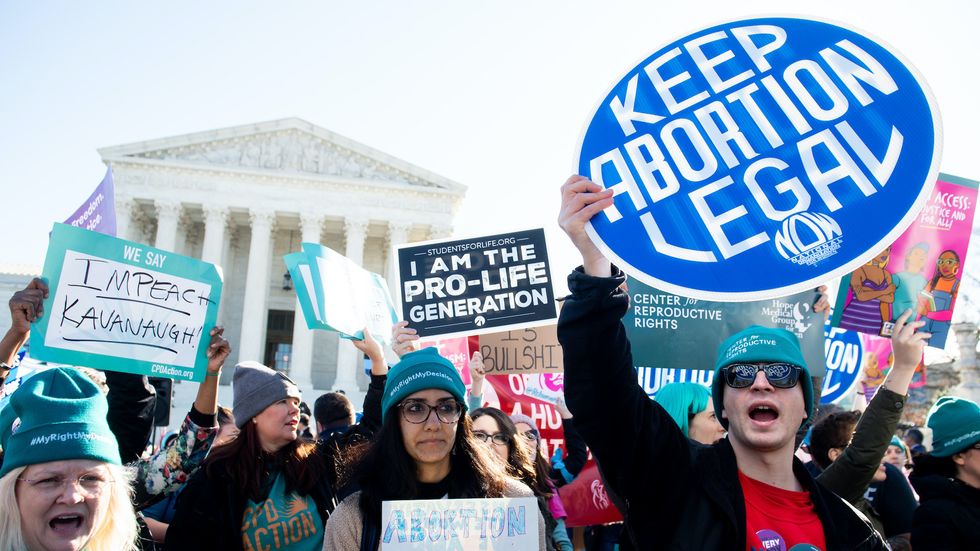 In doing this, all three states categorize abortion with other procedures deemed nonessential by the Center for Medicare and Medicaid Services (CMS), including cataract surgeries, joint replacements, and endoscopies. The limitation of these nonessential procedures is intended to preserve critical resources as the population of COVID-19 patients quickly increases, as well as to protect as many healthy people from exposure as possible.

Abortion services, however, differ from these other procedures in a few significant ways. They are, by nature, time-sensitive, especially given the ever-tightening time limit imposed by states as to how late in the pregnancy a healthy woman can obtain an abortion (Ohio legislators, for reference, have been pushing to limit this from twenty weeks to six weeks since 2017). Pushing back an abortion indefinitely means that most women will either have the baby or be well past the legal limit by the time the procedure is available again. Abortion procedures are also unique in the sense that they are able to be done remotely, by way of mail-order medication. Medicated abortions are legal everywhere through the 10th week of pregnancy, so while it is not an option for all women, it would allow most to terminate a pregnancy without ever leaving their house, taking up resources, or exposing themselves to the virus.

The problem, however, lies in the fact that these states are not interested in exploring ways to make abortions accessible despite the circumstances— they're interested in banning them outright. Ohio, Texas, and Mississippi all have extremely poor track records when it comes to abortion rights, and the people making the calls are pretty clearly using the coronavirus pandemic as a means of limiting access. In Texas and Mississippi, for example, a woman pursuing a medicated abortion must be in the presence of the prescribing clinician while taking the drugs; with clinics shut down and abortion deemed nonessential, this eliminates the possibility of remote abortion by telephone and mail. No legislative efforts have been made in either state to remedy this, effectively rendering access to any form of abortion nonexistent.

The dangers of restricting abortion access are not trivial, and will only be exacerbated by the COVID-19 crisis. According to NBC, maternal and infant mortality rates are highest whre abortion rights are restricted. Given the dwindling amount of hospital resources and likely-to-increase number of births under these new bans, pregnant women are in more danger than ever before. Women in states where abortion is effectively banned may also resort to out-of-state travel in order to obtain an abortion, which would be detrimental to the containment of the virus.

The classification of abortion as a nonessential procedure is nothing more than a political maneuver intended to severely restrict access, and it could have some very dangerous consequences for women across the country if more states follow suit. Now more than ever, it is the duty of civil servants everywhere to ensure that abortions remain safe, legal, and accessible for all women — not to take advantage of a bad situation in order to advance their political agendas.