There's so much Trump could do for the United States. 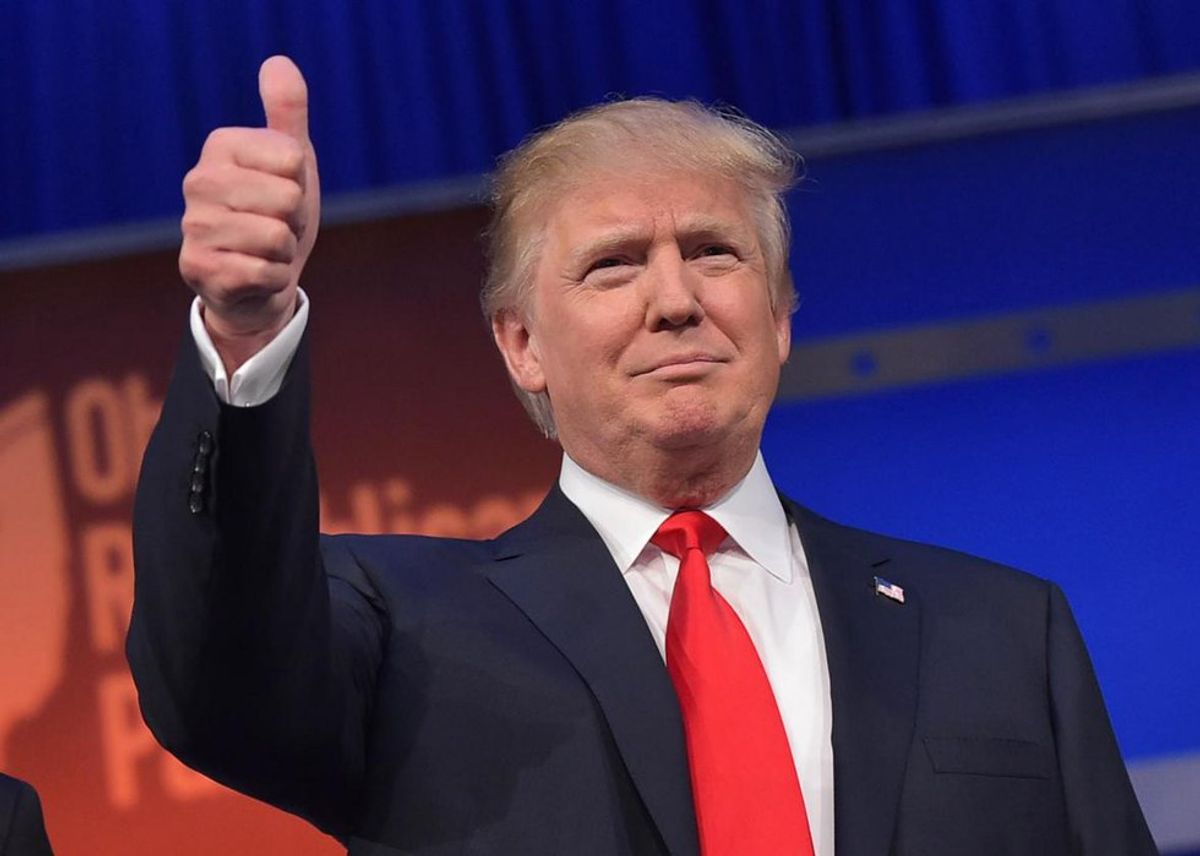 Unless you've been living under a rock, you've probably heard presidential candidate Donald Trump's promise to "make America great again." I don't know why, but for some crazy reason people seem to think Donald Trump's political platform will harm America more than it will improve it. I have to disagree I guess -- there are just so many things Trump can do to bring us back to the "great" nation we used to be.

1. Trump will allow us all to automatically connect people based on skin color.

They have so much in common! Obviously Obama should be able to influence any African American. But wait, weren't there any white "thugs" in Baltimore at this time, too? Well, Obama should have at least influenced the African American ones. Or maybe that wasn't what Trump was saying. It's quite possible he just enjoys using African American as descriptive way of talking about people. We've really all got to start labeling people by their skin color. I sure hope Trump is elected so I can talk about how our "great" white President has influenced the white "thugs" of America. I'm sure he'll have a positive impact on all the "thugs."

2. We can finally stop engaging in those pesky humanitarian issues.

In Trump's book "The America We Deserve," he states that we should not get involved in conflict for humanitarian purposes unless the conflict poses a direct threat to America. This is a great idea. I mean, it worked so well in World War II when we stayed out the issue while millions were killed in a mass extermination. Sure, after the war the world looked at each other and said "never again," but seriously, who has time to stop a genocide if it's not directly impacting America?

3. Trump has the solution to sexual assault, so if we just implement that, we should get rid of the problem entirely.

Clearly, the only thing that could happen when you put men and women in the same place is sexual assault. I mean, it just can't be controlled. Are we really supposed to expect people not to sexually assault others? The only possible solution is to go back to the way we were before. We must take women out of the military and, while we're at it, we should probably just never allow men and women to be in the same vicinity again. There's just too much risk of sexual assault. Education on the issue and enforcing or strengthening the laws surrounding the issue would obviously be much more difficult than simply separating the sexes entirely.

4. We can start restricting religious freedom.

In an interview with MSNBC, Trump states that we need to "strongly consider" shutting mosques down. Luckily, this will really help limit terrorism while completely ignoring the freedom of religion granted by the first amendment. Thank goodness-the idea of having the right to practice your religion was getting really old anyway. Yeah, the Pilgrims were fleeing religious persecution, and sure, our country has always prided itself on religious freedom, but everything changes, right?

5. We can identify Muslims.

We've all been waiting for the day when someone had to carry a card to identify their religion, and, with a little help from Trump, that day could finally be here - or at least for Muslims. Trump told Yahoo News that he thought Muslims needed to be put into a database and have a card with them stating that they were Muslims. At this point, you're probably starting to make vague connections to Hitler and the Holocaust. You might be thinking of the gold stars the Jews were forced to wear. I don’t want you to worry about making such ludicrous connections though; the Muslims in America would not have to have the card visibly identifiable, they simply have to keep it with them. It's fine.

6. We can go back to the days where we polluted the world in peace.

Finally, the reason behind this crazy global warming conspiracy has been solved.

And as if this isn't enough proof for us that global warming isn't real, Trump's expert opinion and well supported facts should be:

Now that we know global warming is all a lie, we can go back to the good old days -- you know, the days before the Clean Air Acts were passed -- and pollute the earth as much as we want to with no guilt. What a time to be alive!

7. Trump sets a great example when it comes to being honest.

Honesty has always been one of America's most highly regarded values, and Trump is bringing that back with full force. Check out his Twitter, and you'll find some great examples of Trump giving his honest opinion. He's even politically correct while doing it!

8. We can finally limit immigration with one simple solution.

All we need to do is build a wall. In Trump's 2015 presidential announcement speech, he states that in "many cases" Mexican immigrants are rapists and that they bring crime. So, if we build the wall, we can keep the Mexican immigrants out unless they have been approved, lowering our crime rate. The FBI statistics may not show any correlation between immigration and crimes happening, but that data is probably forged. Finally, we can bring ourselves back to the "great" American value of having a wall. Oh, wait...