Seven Ways To Spot A Pyramid Scheme Or MLM Scam
Odyssey
CurrentlySwoonLifestyleHealth & WellnessStudent LifeContent InspirationEntertainmentPolitics and ActivismSportsAdulting
About usAdvertiseTermsPrivacyDMCAContact us
® 2023 ODYSSEY
Welcome back
Sign in to comment to your favorite stories, participate in your community and interact with your friends
or
LOG IN WITH FACEBOOK
No account? Create one
Start writing a post
Politics and Activism

Seven Ways To Spot A Pyramid Scheme Or MLM Scam 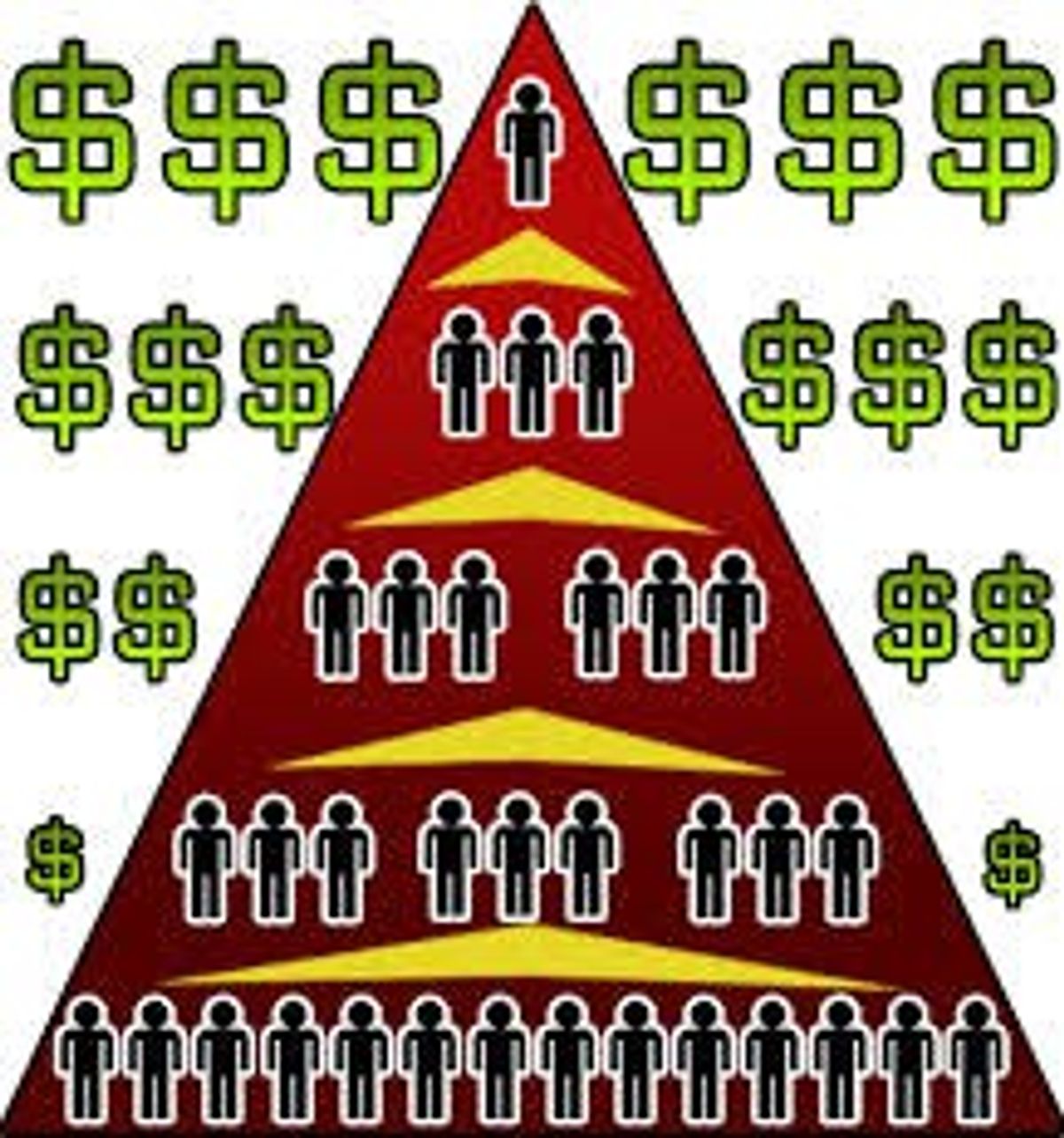 Recently the Federal Trade Commission (FTC) has requested a federal court to temporarily shut down Vemma Nutrition on the allegation that the company is a pyramid scheme. According to the FTC, "Vemma lures college students and other young adults with the prospect of getting rich without having a traditional nine-to-five job." The company sells packages that cost up to $600 for consumers to buy before becoming part of the company and beginning their recruiting for their own "business." Unfortunately Vemma is not the only pyramid scheme out there preying on impressionable college students. Being approached by multiple MLM companies throughout my four years of college, I found seven ways to spot a pyramid scheme.

1. An Initial Buy In to The Company.

Most MLM will ask you to purchase their product in packages before becoming part of the company. If you pay "x" amount of dollars you can make "x" of dollars in commission. No base salary.

As soon as you hear this, you know you probably dealing with a kid working for a MLM. I heard this slogan countless times in college, and it seems to have an affect on many college students. Why? I guess it's because most teens generally don't like school and when they hear an alternative, they will easily succumb.

3. If the person selling to you has social media accounts that are full of pictures of himself/herself in a suit flashing their watches and posting motivational get rich quotes.

Why do they flash their expensive taste? They're trying to present themselves as successful. They're selling themselves. They have to sell themselves because they don't have a legitimate product with real value to the customer. That's why the main focus is to recruit people to "sell" underneath them. If I learned anything in my persuasive public speaking class it's that to get anyone to believe what you say, you have to gain their trust by showing your credibility. You can't spew get rich schemes to college students if you don't look rich yourself.

4. At a certain level the company will buy you a car.

Vemma promises to buy you a BMW if you reach a certain level in the company. I don't know about you guys, but I have never seen a BMW with the Vemma logo on it.

5. Job postings on job board sites that begin with, "LOOKING FOR SPORTS MINDED PEOPLE, NO EXPERIENCE REQUIRED."

Upon my graduation I've been searching for marketing or sales jobs that utilize this title, all of them were scams.

6. An Invitation to a Gathering.

A lot of affiliates like to use this technique to get students together in one place to persuade them to join the company.

7. If they have to defend themselves as not being a scam.

If during their sales pitch they say something along the lines of, "this isn't a pyramid scheme", "it's different", "we're a multi-level marketing company", or "I promise it's not a scam." Your best bet is just to say no and walk away. If they have to defend themselves it's most likely not a legitmate company.

Of course there is a chance that someone can make it big. They say the ones who bash the company are just lazy and didn't make it far in the company themselves. Well, to make it big in anything in life, it takes hard work, passion and dedication. I have never given a MLM scam a chance, not because I'm lazy. But, because if I'm going to be passionate and dedicated to something, it's going to be in something that has actual value to society. If I'm going to work hard, it's going be to learn an actual skill. Again, there is a chance you can make some money. This is just my opinion, pursue what ever you want in life.