11 Reasons Why Everyone Should Read 'Harry Potter'
Odyssey

11 Reasons Why Everyone Should Read 'Harry Potter'

While many people have read 'Harry Potter,' here are 11 reasons why everyone should. 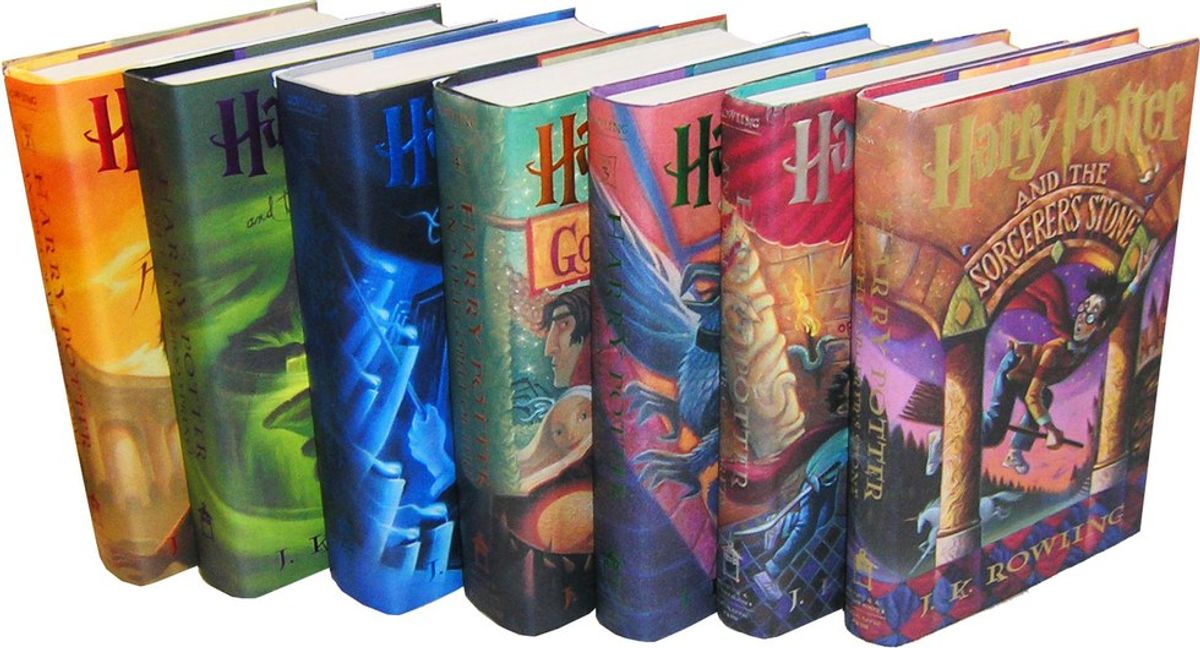 Most people in my generation grew up with "Harry Potter," and because of this, it’s one of the most iconic book series ever written. Possibly the only book series rivaling it in fame and popularity is "The Lord of the Rings," which is also about 50 years older. Needless to say, if someone makes a "Harry Potter" reference to someone today between the ages of 15 and 30, then there’s a good chance they will get that reference and the two people will become friends due to a mutual interest. Here are 11 reasons why everyone should read these books.

1. They’ve reached the point in popularity that they’ve become classics that you have to read in order to understand parts of today’s society.

One of the easiest ways you can know about someone’s values is to ask their Hogwarts house or sometimes you can hear people talking about muggles and using other "Harry Potter" words.

2. It’s become essentially a rite of passage into the adult world.

If you haven’t read "Harry Potter," then you’re not quite a full adult yet.

3. It’s probably the book series that has gotten the most kids hooked on reading.

4. It follows themes such as racism and prejudice in ways that make it easier for people to hear.

It’s much easier to hear about fictional muggle-born witches and wizards being persecuted in "Harry Potter and the Deathly Hallows" than it is to hear about real African American teenagers getting shot in the street. And it shows people good reasons why they should be against hate and prejudice.

5. The books are strewn with examples of all kinds of love.

There are several romantic relationships throughout the series, as well as happy marriages between some of the adult characters. There are also a lot of strong friendships, and of course, the parental love that Voldemort fatally underestimated.

6. There are also plenty of strong female characters.

With "Star Wars" and "The Lord of the Rings," the movies are actually (in my opinion) better than the books, but "Harry Potter" is different. If you choose to only watch the movies, then you’ll miss out on 60 percent of the jokes, 80 percent on the character development and 95percent on characterization. You’ll also miss most of the small, interesting details, such as what happened to Gilderoy Lockhart after he was obliviated (and yes, I’m going to make you read the books to find out).

8. Some schools have been trying to ban the books for as long as they’ve been out.

The most common reason is that they promote witchcraft, but if you define witchcraft as the evil things Halloween witches are said to do, then "Harry Potter" does the opposite. In the books, these sorts of things are called the “dark arts” and are described as so bad that there is a mandatory class at Hogwarts to defend against them. But if you’re defining witchcraft as magic in general, then I guess it does glorify that aspect. However, magic is presented as being like many things we have in the muggle world: it’s great and useful to have unless you choose to do bad things with it.

9. Despite being fantasy, the characters go through very human struggles.

In literature, this is called verisimilitude. For example, in "Harry Potter and the Order of the Phoenix," Cho Chang is trying to cope with the death of her boyfriend, Cedric Diggory (who was killed by Voldemort), and then Harry loses his godfather at the end of the book. And even around all this life and death, most of the characters are children trying to have worthwhile social lives and get good grades.

10. First and foremost, it teaches readers to stand up for what they believe in, even if the world is against them.

11. It’s an example of children’s or YA literature that’s both interesting to read, and masterfully written.

It’s interesting to read, but not in the sense that it’s an empty page-turner, only good for mindless reading for a day or two. And it’s not the kind of good writing that loses the plot like Joseph Conrad’s "Heart of Darkness." It’s the perfect blend of the two: It’s the kind of book that makes you keep reading, but it’s also the kind of book that keeps you thinking.