Why Billionaires Should Not Exist

Why Billionaires Should Not Exist

No one (ethically) "works" for a billion dollars. 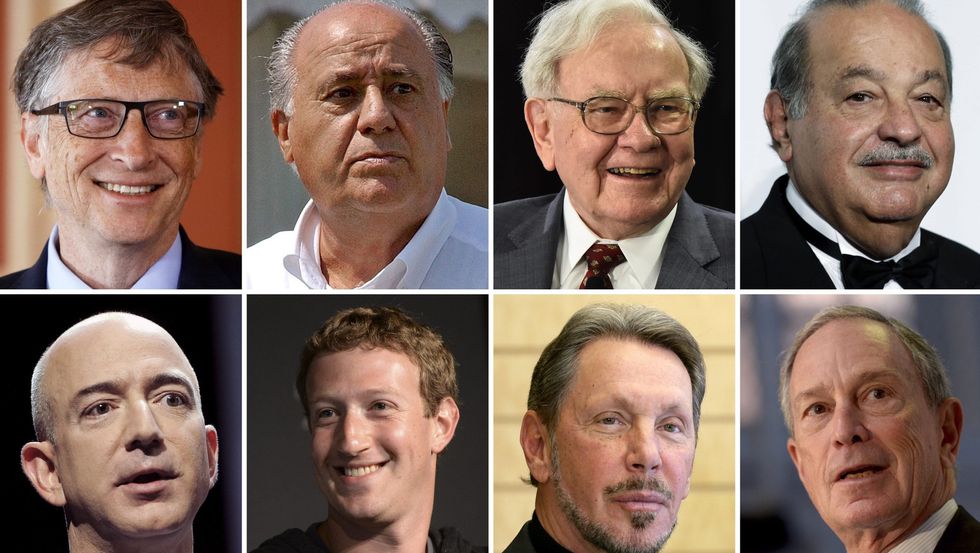 Simply, no one works for a billion dollars.

It's easy to argue against this. The aspiration to be a billionaire fits in with the values of the American dream and capitalism - if you take the possibility away, people lose their drive. Furthermore, if you create something that betters society, or something that enough people are willing to purchase, then you deserve that money. Even looking at it from an economist's standpoint, the existence of billionaires seems beneficial, as they create thousands of jobs, pay higher taxes and buy expensive items.

But there's a difference between having a lot of money and being a billionaire. People are still driven to make money even if you take away the possibility of becoming a billionaire.Owning a billion dollars should be an impossibility to reach. Being the creator of a largely successful product or idea should not be worth a drastic amount more than the people who actually produce it, and the economy would, in fact, be better off without the existence of billionaires.

In most cases, billionaires had entrepreneurial success, so it is fair that they would be making more than the average person. However, they should not be acquiring as significant an amount more than their employees. On average, CEOs make more than 300 times that of the average worker, i.e. someone who makes the mean personal income in the U.S. The difference between a billionaire and their minimum wage producers is even larger. It is impossible to fathom that someone is working more than 300 times harder than the people they employ. While minimum-wage workers may be more replaceable, their boss would not be able to maintain their wealth without the low wages of the workers. Furthermore, the claim that billionaires are a good representation of the American Dream and an inspiration to others is false. About a third of billionaires inherited their wealth and many of those who do not inherit it come from generally well-off backgrounds. Their existence makes the opportunity gap even larger for those who come from less, making it harder for them to live out the said dream.

In addition, the economy would be better off without the existence of billionaires. First of all, the notion that billionaires pay higher taxes is quite debatable. Many billionaires get significant tax breaks, and in most cases they pay the same tax percentage as the working class. Furthermore, the income growth per capita cut by almost half when the number of billionaires in the U.S. greatly increased. While billionaires do contribute to the economy by spending their money, one person buying a 50,000 dollar purse does not contribute as much as 50 people buying 1,000 dollar purses. Sure they may end up costing the same, but the production of 50 purses employs more people, therefore boosting the economy more. One person can only purchase so much, so the extremely unequal distribution of wealth in our country is detrimental to the economy.

There is obviously a serious wealth gap in the U.S. that is getting increasingly worse. It is not possible for our capitalist economy to function correctly with it. The claim that these billionaires should not exist is not a claim that the U.S. should not have a capitalist economy. The person behind the idea obviously should be making more, just not to the extreme an extent as they are currently. The whole point of capitalism is that those who work harder should be rewarded, which is what makes our economy efficient. However, the top 1% are now earning enough to where wealth is no longer just unequally distributed. In fact, our economy is becoming inefficient, which is why a change needs to be made. Whether it be through taxation or another method, the problem is simple: billionaires should not exist.