Clowns To The Left, Jokers To The Right, And So Many Voters Profoundly "Stuck In The Middle"

Clowns To The Left, Jokers To The Right, And So Many Voters Profoundly "Stuck In The Middle" 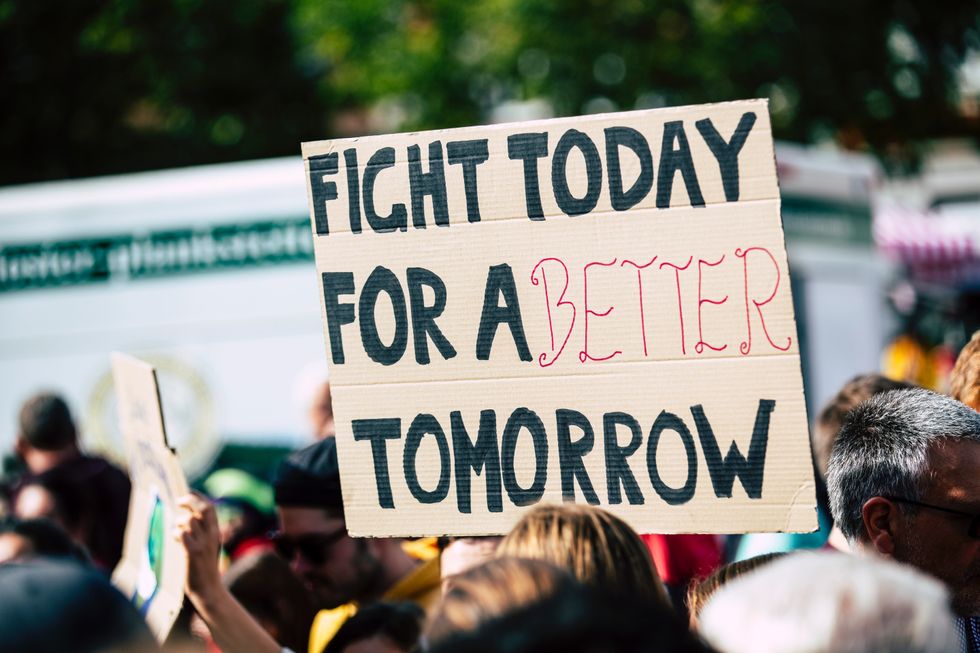 Photo by Markus Spiske on Unsplash

It's July, a time for cookouts, Independence Day celebrations, and long summer nights; humidity, swarms of mayflies (tenacious little fellows), and excessive laborious efforts at keeping a well-manicured lawn. July also puts us one month closer to "the date" in November. What date, you may ask? Come on, you know! It's the date where us Americans get to exercise one of our most precious and dear rights as a U.S. citizen: we get to vote!

And this particular election is special, not only because it determines who will be president for the next four years, but also because we have an uncommonly unique pair of candidates, neither of whom seem to be in the slightest bit capable of the Big Job for which they are applying. Political power is already an astounding, sometimes terrifying realm completely unchartered by your everyday American. It would just make sense that this power should only be held by those who are responsible, accountable, and act with careful deliberation. In the same way that you don't give a loaded firearm to a child, you don't place this dangerous power in the hands of someone who isn't trustworthy enough to handle it.

I want you to ask yourself this question: "When I am exercising my right to vote in the November election, am I going to vote for my candidate

A.) because I agree with their policies and trust them to handle affairs that will directly impact me and my country, or

B.) because I believe them to be the lesser of two evils?"

No voter should have to feel like they are using their vote for the lesser of two evils, because a lesser evil is still evil. This speaks for a lot of people who are stuck in the middle of this endless tug of war. It speaks for those who are tired of being jerked around from one extreme to the other, for those who don't want the election to be run as a turf war between the Greasers and Socs of the political system.

My mind keeps going back to a song I used to hear a lot on the radio. It's from 1972, and although a lot has changed since then, the lyrics are relevant in a new light. The song is "Stuck In The Middle With You" by the band Stealers Wheel, and the chorus goes like this:

Clowns to the left of me, jokers to the right

Here I am, stuck in the middle with you.

Clowns, jokers, left, right? Feeling stuck in the middle? Sounds like 2020 politics to me! If only the clowns and jokers running for office were as harmless as those who work in the world of comedic entertainment. The ones under the Big Top at least work for the people; their job is to make the audience laugh and have fun. Not so with the political brand of clowns.

My message is this: when November sneaks up on us and you find yourself in line at your local polling place (or maybe filling out your absentee ballot at home), consider why you're voting for your candidate. It might be easier to think of it as you would a marriage. You wouldn't marry someone you don't like just to make your ex angry. You also wouldn't stay with your spouse out of familiarity if you didn't feel safe or happy with them, or if there was something better for you elsewhere.

Still, not all marriages are founded on love. In the same respect, some voters choose the best of the bad, because they have to settle for something. Sometimes your options are limited, but that doesn't stop decisions from having to be made. There's still a ballot waiting for you and your ballpoint pen come November. Scared yet? Yeah, me too.