Together In A Divided Nation
Odyssey
CurrentlySwoonLifestyleHealth & WellnessStudent LifeContent InspirationEntertainmentPolitics and ActivismSportsAdulting
About usAdvertiseTermsPrivacyDMCAContact us
® 2023 ODYSSEY
Welcome back
Sign in to comment to your favorite stories, participate in your community and interact with your friends
or
LOG IN WITH FACEBOOK
No account? Create one
Start writing a post
Politics and Activism

Together In A Divided Nation

Come together instead of pulling apart. 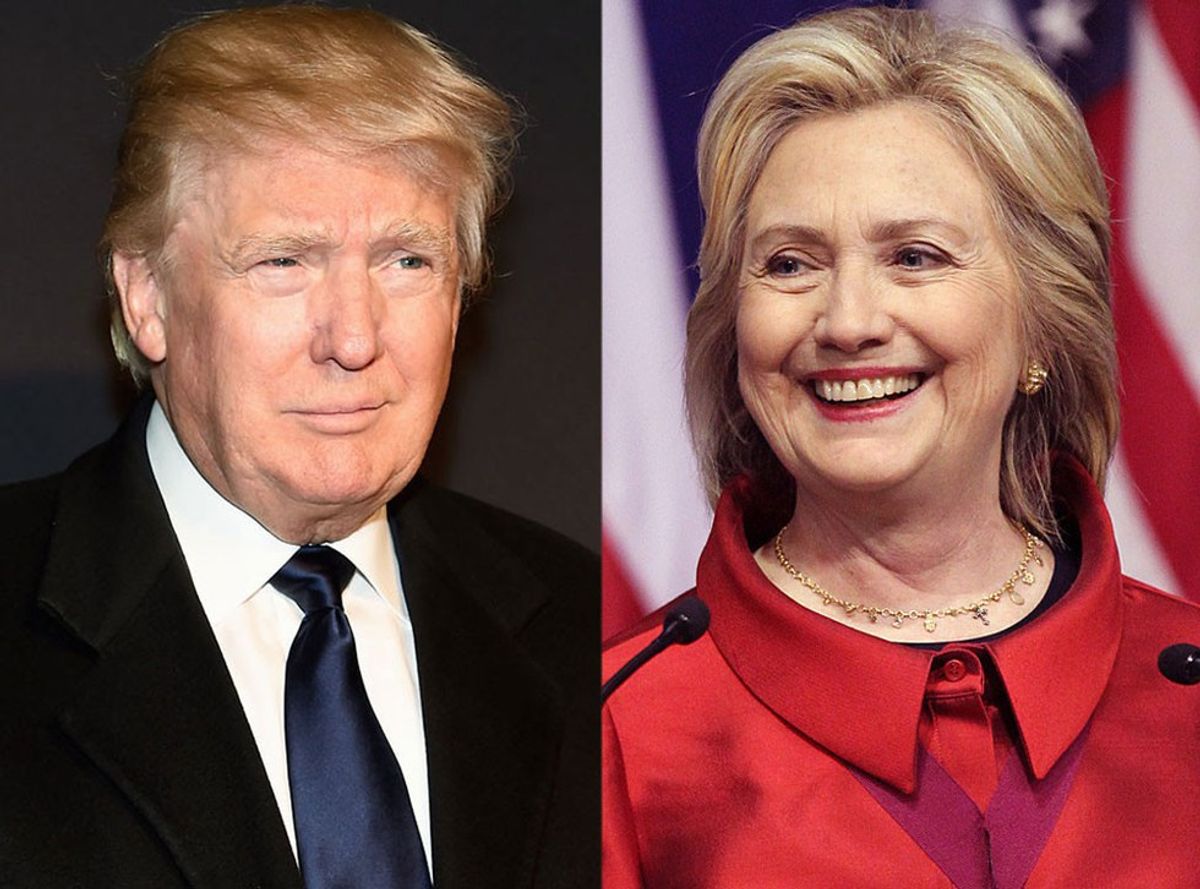 I won't tell you who I voted for since that isn't what this article is about. I've never been one to share my political views publicly, but over the last few days it's become clear our country is very divided. There have been hate crimes, protests, social media outbursts and so much more. Despite these objections to what the nation has decided, I've also witnessed a lot of coming together.

Many people I know are afraid of what the future is going to hold. They are scared their rights will be taken away and that any progress our country has made will be sacrificed. After reading some of my Facebook friends' posts, especially a heartbreaking one from a good friend of mine whose parents came here from India, I've seen a lot of positive comments. People are banning together to let the scared know that they're here for them. I'm here for them. We are here for you. They are not alone in this matter and that no matter what the future brings, they'll have people by their side caring about them.

I've also witnessed a lot of positivity in my classes. Professors have made announcements that students need to hope for the future and come together despite what's being broadcast in the media. They offer their support and some even mentioned going to the counseling center. Expressing opinions have been tough in this election because it's been a heated one. Whether you support Hillary or Trump, the opposite side has attacked the other. But instead of attacking one another, it's time to address our nation has issues. We're not perfect. Far from it. Not everyone feels safe and free in our country. That's an incredibly sad thought.

Whether you voted for Hillary or Trump, the fact remains that Trump was elected. He will become our president and it's something our nation has to deal with. Maybe he'll prove the opposing side wrong. Maybe he'll prove them right. In either case, it is Americans job to love each other. To look out for one another and to make sure that people you know feel safe in your presence.

I won't tell you who I voted for. I don't care who you voted for. As long as you care for your fellow Americans and let them know you'll be by their side if they are scared, you're okay in my book.

QueenRadhi
The State University of New York at Stony Brook
3442