What the media tells you is not always true. 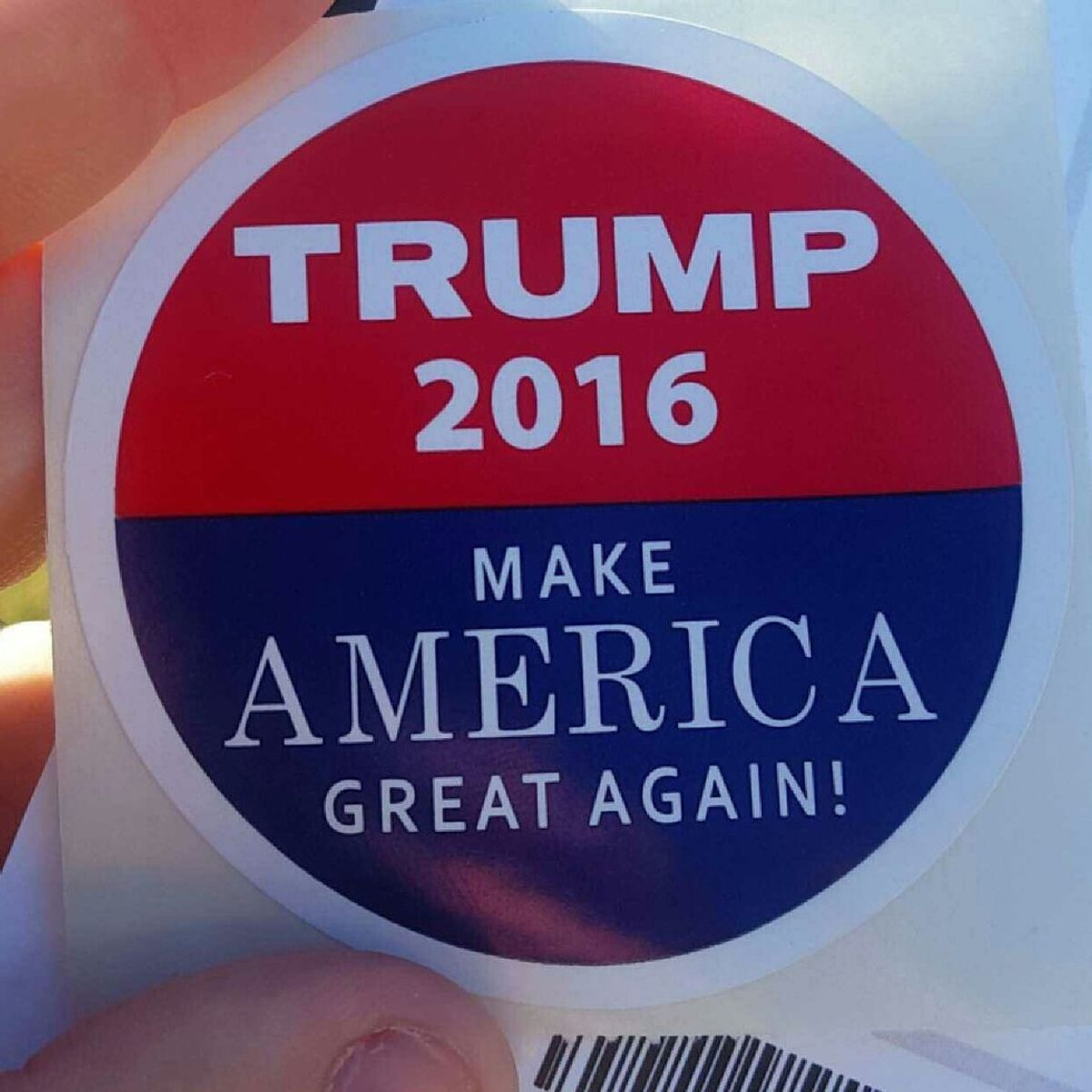 I am a Donald Trump supporter – and I'm not afraid to admit it! There are many negative connotations associated with him and with the success he is experiencing. I think it's time to address those connotations head-on. I hear the same things about him over and over again, but I think a lot of what people think of him are conclusions drawn without knowing the whole story. Here are some things that myself, and other Trump supporters are tired of hearing.

Trump is a racist.

Just because Trump is against illegal immigration and wants to build a wall, does not mean he’s racist. “Illegal” is not a race. Illegal immigrants are people who come into the United States, stay, and live here without going through the legitimate legal process. Whether they come from Mexico, Canada or Mars, they are breaking the law.

So 4 out of the hundreds of successful businesses he owned went bankrupt? Please, tell me how many successful businesses the other presidential candidates have had? Also, I’m not sure that people understand what bankruptcy even entails. It’s one of the smartest things you can do for a company that isn’t making it.

I can understand the skepticism about this. He used to be a Democrat and now he’s a Republican -- of course that seems sketchy! But instead of worrying about what candidate is the most devote Republican, we need to focus on what candidate will beat the competition and make a difference in office. In the past, there have been many hardcore Republican presidents but once they’re in office, they let the Democrats walk all over them and don’t stick to Republican values.

Trump has had too many divorces.

My only response to this is who cares? I think often times we find little things to nit-pick about the people we don’t like -- no president or candidate is going to be perfect.

He is too rich.

This is the worst thing that anyone can say. Most of the presidential candidates have a lot of money. Yes, Trump is known for being one of the richest people in the world, but every other candidate has a lot of money too. Hilary Clinton has tens of millions of dollars which she inherited from her family. Also, most of the other candidates have millions of dollars from being in the senate or governing, etc. In order to run for president you need to have enough money; presidential bids are very expensive.

He has no political experience.

This is completely false. A lot of people think that because Trump is known for his businesses and real estate and being on reality television that he wasn’t involved in politics. However, Trump has actually been involved in politics for the last several years. He’s written numerous books about America and the government, and he’s contributed his opinions on many news networks. Instead of looking for the candidate with the most political experience, we need to look for the candidate that will take actions. Having someone that isn't a politician is a good thing! Politicians are the reason our country is in this mess in the first place.

Similarly to many of the misconceptions about Trump, this is something that has been inferred from only a few instances. Many of these instances were blown out of proportion, and the women he was perceived to have “offended” have come out and said Donald Trump never actually offended them. The people who saw and heard what happened were the ones who were offended, but not the actual women involved.

Trump only cares about himself.

Donald Trump comes off very cocky and over-confidently, so I can totally understand why people would get this idea. However, there has been many times where he has personally gone out of his way to fly an ill child in his jet, or stopped his limo to stop a fight that he saw happening on the streets of New York. He also has done multiple fundraisers to benefit our American veterans.

Donald Trump is self-funding his own campaign. If he wanted more money, he would take big corporations’ donations to save his own money. Also, a lot of people don’t know that Donald Trump has said if he’s elected, he will not take a salary. He’s not running for the money, he’s running for the people.

As I said earlier, a lot of what people think about Donald Trump are from instances that are blown out of proportion. It's important to get the whole story about things, especially politics, before believing allegations. Though I consider myself fairly informed about politics, there is always more to learn. One thing is for sure, I love my country and I want a better future for it. Instead of worrying about how to stop Trump, we should focus on making a great future for ourselves and fixing the problems at hand.