Let's Thank Our Volunteer Firefighters
Odyssey
CurrentlySwoonLifestyleHealth & WellnessStudent LifeContent InspirationEntertainmentPolitics and ActivismSportsAdulting
About usAdvertiseTermsPrivacyDMCAContact us
® 2023 ODYSSEY
Welcome back
Sign in to comment to your favorite stories, participate in your community and interact with your friends
or
LOG IN WITH FACEBOOK
No account? Create one
Start writing a post
Politics and Activism

They are saving your life for no pay, you can at least say thank you. 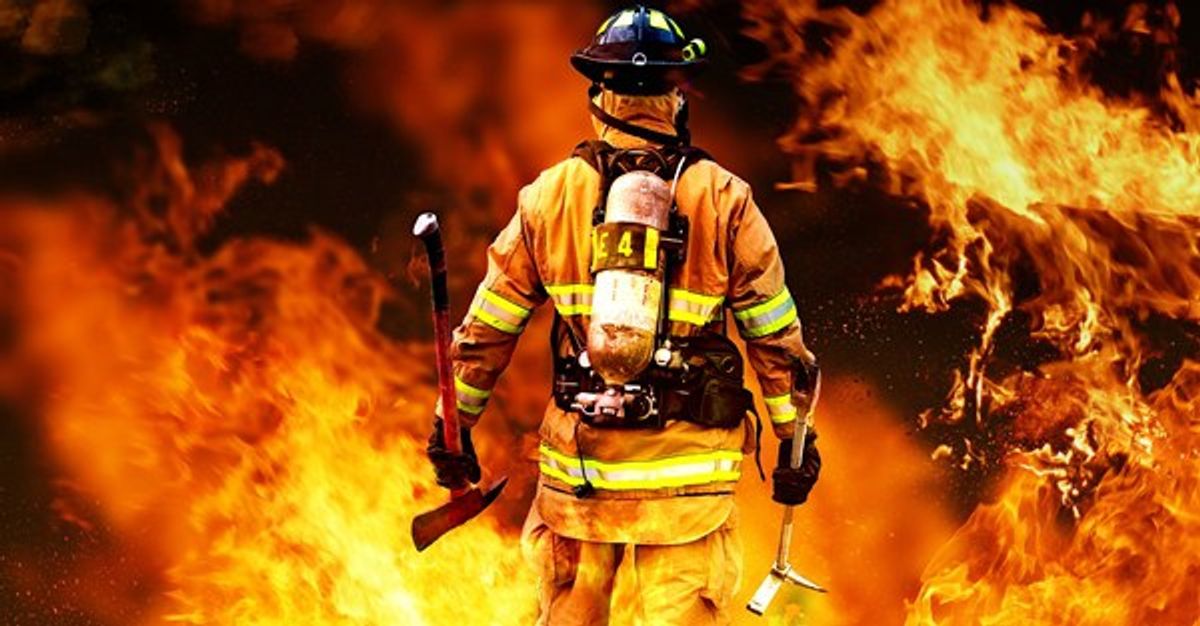 A hero is a person who is admired or idealized for courage, outstanding achievements or noble qualities. The people that come to mind when we think of heroes are soldiers, police officers, EMTs and firefighters. These people do their jobs for the pride they get by doing the right thing, but they also are fortunate enough to get a paycheck for their good deeds at the end of the day. However, there are people out there that go above and beyond to risk their lives to save the day and don’t get paid for their work, sometimes they don’t even get a thank you. Those heroic people are the volunteer firefighters.

Volunteer fighters make the choice to protect their community just out of the goodness of their heart. People of all different ages, genders and ethnicities, sign up to achieve one goal: protect their town. Unlike paid firemen, there is no schedule at the department. They don’t have shifts to work. There might be a fire call at 12 p.m. when it is convenient to their schedule, but it could also be a call at 4 a.m. and they have to wake up for work in a couple hours. Sometimes there are two fire calls and then you have to get up twice during the middle of night, but that's the life. Volunteers get asked to cover for the major fire departments when they have big calls to tend to. So it may seem like they are hanging around doing nothing but in case there is a call, they are ready. Volunteers also handle every type of call. From huge building fires to the little false alarms. You can never be too careful. However, don't think this is all these people do. They also have other demanding jobs to tend to because they have to pay the bills somehow.

My brother is a volunteer firefighter and he also works for the water company. He starts his busy day at 7 a.m. and ends it exhausted by 5 p.m. He comes home, collapses on the couch and doesn’t plan on getting up. Well, unless there is a fire call of course. Then he is out the door, headed to the fire department and ready to take action.

My father is also a volunteer, and my grandfather was as well. To follow in their footsteps my brother joined the department when he was 16 years old. From being so dedicated and determined my brother has now earned the rank of deputy chief at the age of 24. The beauty of being a volunteer is you can be an every day civilian not knowing much about fire, but still be able to help out. My brother took classes and tests to help gain more knowledge of the topic (he can even parallel park a firetruck.) This helped my brother get so far up in his rank but also just being an active volunteer helps as well.

I may be biased because of the role volunteer firefighters play in my life, but I do see how much work and effort they put towards the department because they understand the seriousness and importance of their job. I also observe the people that my father and brother work with and I see how truly great these people really are. There is a woman who is a mother of four but still is willing to help out as much as she can. Kids in high school, that even under the stress with applying for college, still make an effort. The guys who have a disadvantage of living towns over still rush to make the calls. A woman battling cancer still tries to show her face as much as possible, even if it is the little things like setting the tables for the annual dinner.

By no means am I underestimating the heroicness of paid firefighters. They do outstanding work and deserve their pay, yet I just want people to realize that there are civilians just like them doing the same work paid firefighters do-- sometimes for no recognition.

These people are your neighbors, your friends, your family or maybe even a stranger, but they are going out in dangerous situations risking their lives on their own time. The least you can do is give them the thanks they deserve.