How to avoid being potentially offensive. 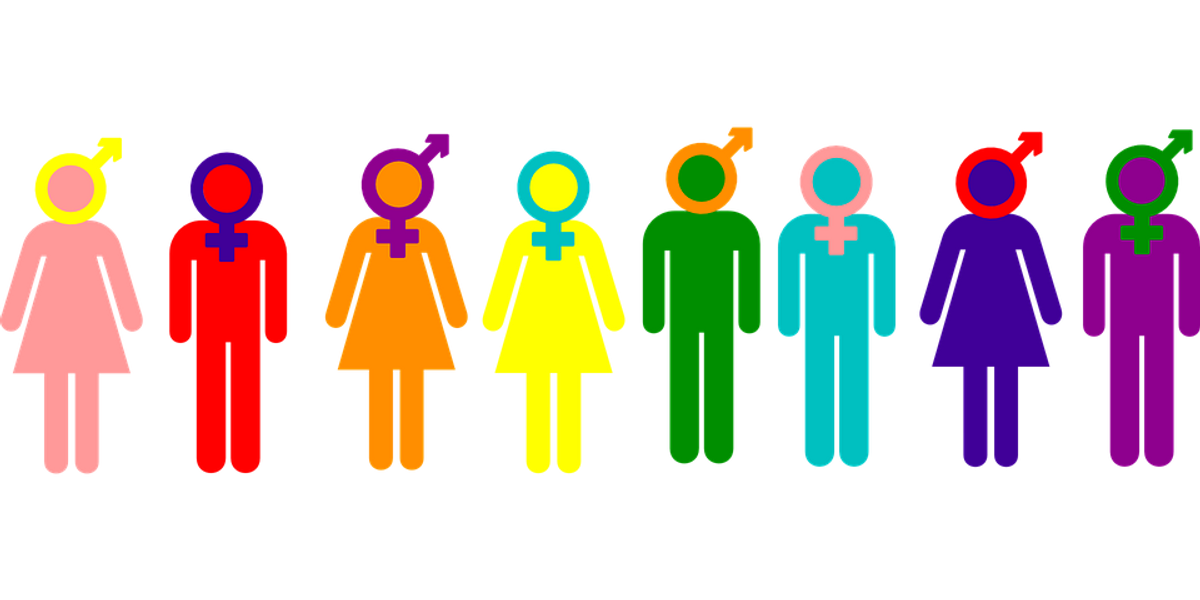 I look like a girl. When people see me, they see boobs, long hair, and shirts that button on the left: even when I wear chest binders and baggy clothes, I’m still perceived as predominantly feminine. People assume I use she/her pronouns. They get confused by my gender neutral name and ask what it’s short for. Worst of all of these little things, though, is when people address me as "girl" in conversation. It's such a bold assumption, and it's so uncomfortable to correct.

I get it. Gender presentation is a major social cue in our culture that indicates how we should treat people and address people in certain situations. I look like what people would imagine a girl to look like. Therefore, it logically follows that people will mis-gender me, often by accident. The idea of a non-binary femme is foreign to many people, and they don’t know what to make of me or people like me.

Really, though, it's not so hard to respect a stranger's gender. There isn't much that you have to do. Here's how.

1. Use their correct pronouns.

There are a lot of ways to find out which pronouns someone uses. You can pull them aside and ask quietly. You can listen to how other people talk about them and follow that example. You can take a gamble, use a pronoun and hope they'll correct you if you're wrong. Don't do that awkward thing where you just avoid using pronouns altogether. We notice, I promise.

2. Use their preferred name.

You know those awful people who will call an Allie by the name Allison and talk about using the name her parents gave her, like a presumptuous jerk, even when Allie has expressed she doesn't want to be addressed by the name Allison? We all hate those people. They're the worst. It's the same idea here. When someone tells you their name, address them as they introduced their self.

3. If you're going to be nosey at least be polite about it.

"But like, what are you, though?" "What were you born as?" "Oh my gosh, what does your family think?" These are all terrible questions you should never ask. Be gentle. Preface any questions with something along the lines of, "Is it OK if I ask a personal question?" or, "only answer if you feel comfortable."

This one is pretty simple. It's none of your business what parts somebody has unless you're either their doctor or you're trying to engage with those parts of them. Sometimes it's not even your business if you're their doctor. Keep your morbid curiosity about another person's genitals to yourself.

5. If you slip up, apologize, but for the love of all that is holy, just don't make a big deal of it.

You may have used the wrong pronoun, called someone their old name, made a tasteless joke. I don't know what you did. It probably made people really uncomfortable. Apologize quickly and genuinely, and move on. Don't make a spectacle of how sorry you are. We get it. It's easier to be forgiving when you haven't compounded your offense with making a big show of your sensitivity to gender identity.

If one more person calls me "girl" in conversation, I will be so tempted to lose it. Girl, dude, man, bro, chica – these are all sorts of terms of endearment we casually call our friends. Sometimes, though, it's really uncomfortable for a trans girl to be addressed as "dude" or for a non-binary femme to be called "girl," even when the speaker had no malicious intentions. If you're not sure what's OK, just ask. Chances are, your friend will appreciate you being considerate enough to do so.

In short, respect us and our boundaries. In my experience, trans people are a lot happier to act as an educational resource for those who show us these very small courtesies.