18 'Glee' Covers That Are WAY Better Than The Originals

Petition to add a Glee radio station...who's with me? 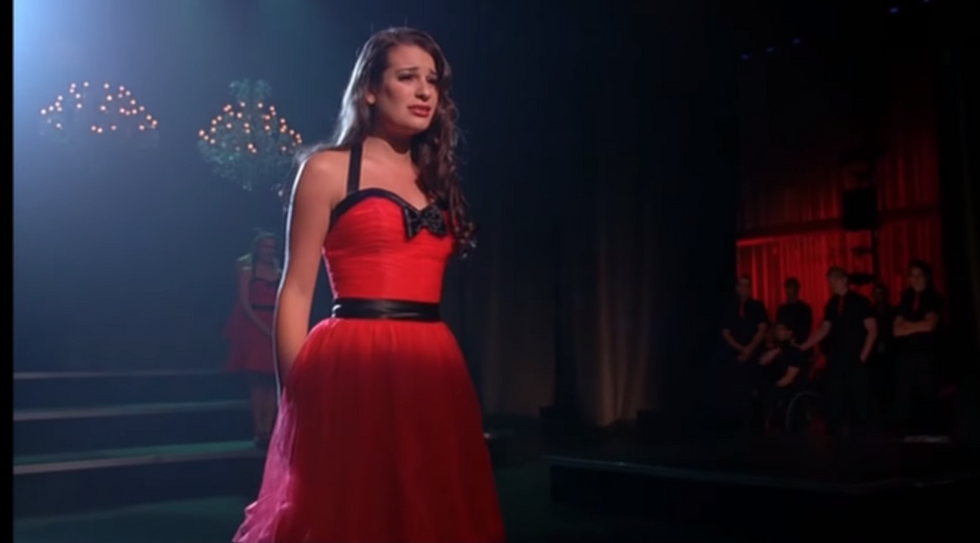 "Glee" was a staple of my middle school life. I remember how cool I felt when my mom took me to the concert in fourth grade before all of my friends got to watch.

It is no secret that "Glee" revolutionized pop culture, bringing up several progressive and controversial issues such as LGBTQ+, mental health. Though the show had so many remarkable moments, hands down what made the show for me was the singing.

The show had some amazing tributes to some of the best artists, bands, musicals, and hits from all decades and genres.

Many of the songs from the show introduced me to music I never thought I'd ever like because they were redone so well. They are all so dang talented, and there are so many amazing songs that hit me in the feels.

And there are some that dare I say are even better than the real version. If you don't believe me, here are some examples.

The New Directions have had so many amazing numbers together as a team and this performance is no exception.

This song brings out so many emotions and is just one of those songs you can't help but sing along to, struggling especially to not blurt it out from your headphones in a quiet setting.

Everyone who has even remotely heard of the show knows that Rachel, played by Lea Michele, is incredibly talented and makes the entire series.

She is a big asset to most of the group's performances, often taking center stage in most of their numbers. However, we also can appreciate her amazing solos, and this one from the season one sectionals is no exception.

Ugh, this song makes me melt. Sam and Quinn's relationship may not have lasted long, but this song is goals.

Santana's voice is underrated, and I can't believe it took the writers until the middle of Season 2 to showcase her amazing talent. This is one of those songs that I can't help from belting out the lyrics to.

Mashups are one of the many unique and exciting parts of the series, where they take two popular songs and fuse them together into one spectacular song.

This particular mashup happens to be one of my favorites, as I think it's so incredible to see how the writers were able to combine a slow, old song and a fast-bopping rap into a singular and impressive performance.

Let's just forget about the fact that Mark Sailing had a lot of problems for the next 3 minutes and enjoy the pure heart and soul of his voice in this incredible ballad.

The "Britney/Brittany" episode of Glee is hands down one of the best ever. It was the first time that we got to see Brittany S. Pierce's unique and silly personality come alive.

Every song from the episode was pretty iconic, but this one, in particular, helps me channel my ~scandalous~ side.

The "Glee" series was known for having some pretty remarkable guest stars, and this one is no exception.

The infamous "Diva Off" from Season 1 may have sparked controversy between two members of the New Directions cast, but it ended up turning into an insane duet between two talented singers.

The cast has done many renditions of Broadway shows before, so a good "Wicked" number was just what we needed.

The Warblers, more specifically Blaine, have some of my favorite numbers on the show.

From "Raise Your Glass" to "Silly Love Songs" to "Misery" to this performance of "Teenage Dream" shown above, the Warblers have taken some of the most boppin' pop songs of our generation into even better bops.

Sam and Artie have my heart...enough said.

12. "Whatever Happened To Saturday Night"

Yes, this may have just been a shameless plug to include the one and only time John Stamos ever made a performance on the show, but it was so good.

I may have not been familiar with the Rocky Horror Picture Show prior to watching this episode and no, I haven't familiarized myself with it since, but I still stand by the fact that this episode had some pretty good tunes.

If you say that Neil Patrick Harris and Matthew Morrison isn't the ultimate duet, you're just lying to yourself.

We love it when they showcase the incredible talent of Will Schuester.

Lea Michele and Idina Menzel may be the most iconic duo in history.

Truly an amazing idea to cast them as mother and daughter. This duet of theirs is seriously incredible.

Another great mashup showing some pretty awesome girl power. The Treble Tones may have caused a divide in the New Directions group, but we got some pretty great numbers out of it, so I'm not complaining.

Mercedes with the intro kills me every time.

This song is the perfect example of just how talented they all are. Without any fancy choreography, costumes, or gimmicks, they can just sit on a stool and whip out an incredible ballad.

This one's a no-brainer. "Don't Stop Believin'" is one of the most memorable renditions of the series and was an important stepping stone to seeing the incredible chemistry between Rachel, Finn, and the rest of the New Directions members.

This song will always take me back to the first episode and the time when Will Schuester almost became an accountant.

To see a comprehensive playlist of all of my favorite Glee songs, here is a link to listen to my Spotify playlist entitled "Glee Version>Real Version."