Dear Mr. Turner -- What About Her?
Odyssey

Dear Mr. Turner -- What About Her?

Open letter to the father of the Stanford rapist 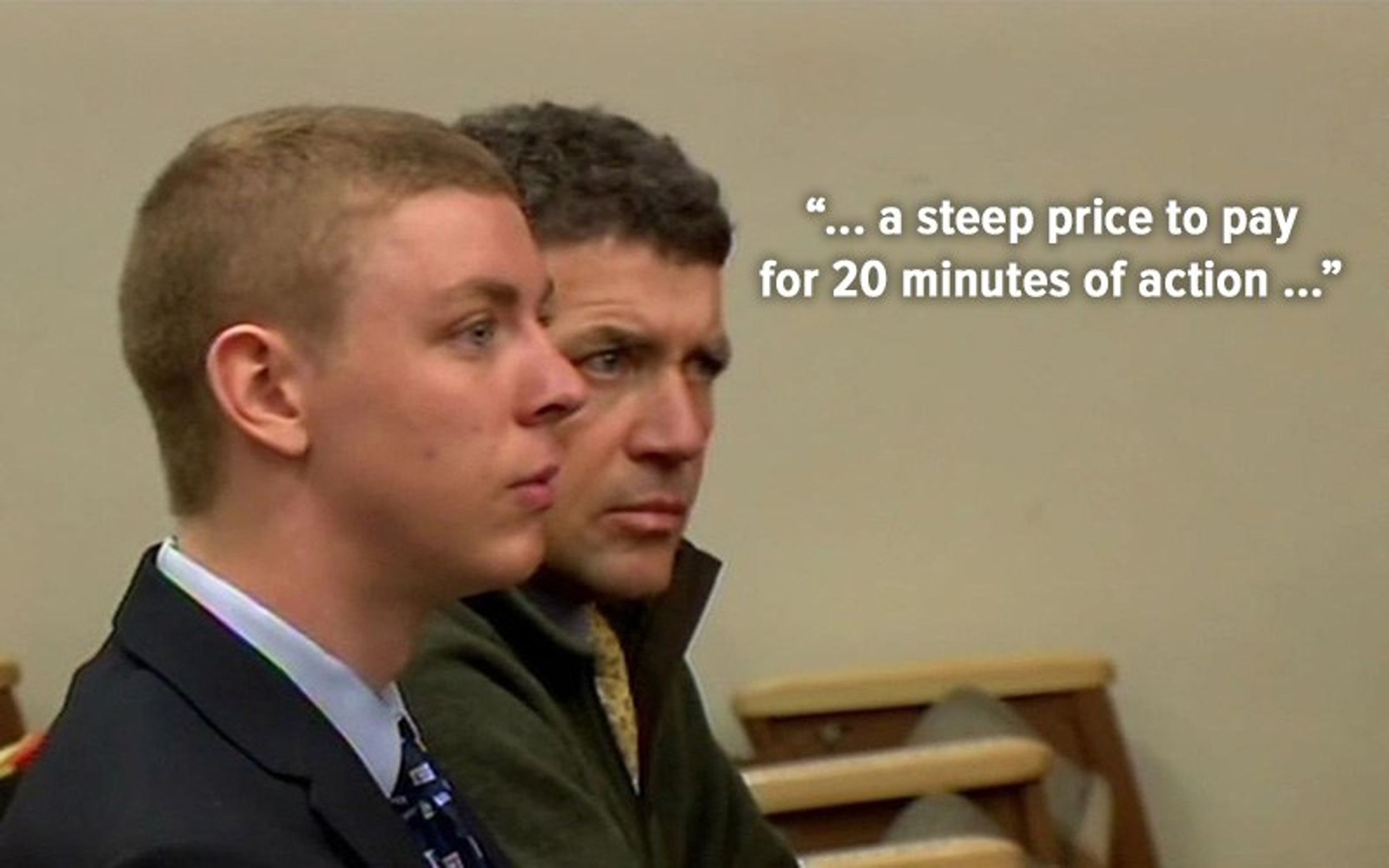 Brock Turner, a former Stanford student found guilty of three counts of sexual assault, was sentenced to six months in jail and probation, because the judge and Turner’s father feared a longer sentence would have a “severe impact” on him -- but what about the victim?

Prior to the court hearing, the rapist’s father, Mr. Turner, penned a letter to the judge to convince him to deliver a lighter sentence. He started off the letter with this statement:

“First of all, let me say that Brock is absolutely devastated by the events of January 17th and 18th 2015. He would do anything to turn back the hands of time and have that night to do over again…”

Mr. Turner, you describe your son as an innocent bystander whom we should feel sorry for, but nothing about the victim; what about her?

He continues to explain his son’s character as easygoing, humble, gentle, and quiet to make light of the horrible crime he committed. He even goes on to say how well his son does academically, so, Mr. Turner, are we supposed to believe that scholars aren’t capable of rape?

After praising his son in every way possible, Mr. Turner segues into a story about how his son struggled his first semester at Stanford. He said:

“In hindsight, it’s clear that Brock was desperately trying to fit in at Stanford and fell into the culture of alcohol consumption and partying. This culture was modeled by many of the upperclassmen on the swim team and played a role in the event of Jan. 17th and 18th 2015.”

In the conclusion of the letter, Mr. Turner describes how Brock’s life has been “deeply altered forever” and how he’s lost his appetite for his “favorite snacks” and “only eats to exist.” That, Mr. Turner, is called guilt and remorse. I don’t feel badly for your son, because he should feel this way. He should feel badly about himself, and the pain he caused an innocent girl.

The final statement of the letter was this:

“These verdicts have broken and shattered him and our family in so many ways. His life will never be the one that he dreamed about and worked so hard to achieve. That is a steep price to pay for 20 minutes of action out of his 20 plus years of life.”

Mr. Turner, rape is not “20 minutes of action.” It is a violent crime that deserves a lifetime consequence. If a criminal gets into a shoot-out with cops for 20 minutes, does the criminal deserve a lighter sentence because it was only 20 minutes? No. Had your son only raped the girl for two minutes, he should still be behind bars for more than six months. His life should be altered, because he altered an innocent young girl’s life forever.

Mr. Turner, you had one job in life: to show your son what a woman is worth. You failed at your job, because you, too, do not know the value of a woman. Your attitude towards sexual violence shows me that you failed as a parent and a human being. So, I’m sorry, but I do not care about your son’s swimming career, his academic abilities, his eating habits, or his character. I care about the victim, because what about her? She deserves our attention -- not you, the father of a convicted rapist.

Caitlyn Morral
St Bonaventure University
4235
Wordpress
Odyssey recognizes that mental well-being is a huge component of physical wellness. Our mission this month is to bring about awareness & normality to conversations around mental health from our community. Let's recognize the common symptoms and encourage the help needed without judgement or prejudice. Life's a tough journey, we are here for you and want to hear from you.