The Importance Of Being In The Present
Odyssey

The Importance Of Being In The Present

A reflection on moving forward. 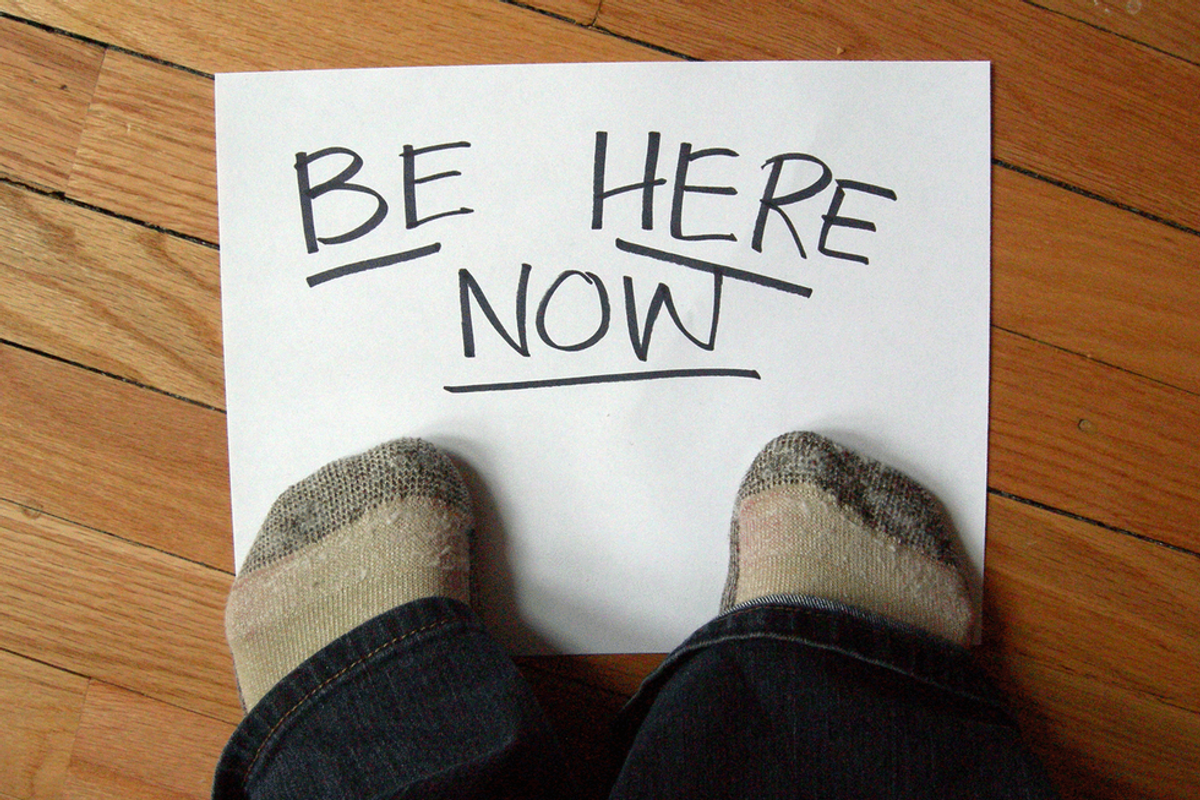 It seems like an easy concept to follow and yes, it's important for us. But how many of us actually end up doing it? I’m not saying there’s no one, but a good percentage of us always have something else covering up the present. There are two, and only two, things that can mask your present–your past, and future. To be precise, it's nearly impossible to live a life without being haunted by some elements of your past, or without worrying about the future that’s a Utopian vision. But what I’m proposing is that you clear up your mind a teeny bit and live in the present, or at least a part of it.

Living in the moment might seem like a cue line from movies, which says let’s get drunk and forget everything. Well, that can be one of the different interpretations, but the one I’m focusing on deals more about the time when you're conscious of what's happening. Most of the time, when you're about to start something new, there’s a voice that haunts you with memories of failure. It says that you can’t do it.

Another block to the initiative would be our predictions about the future. We have an interesting way of thinking, and we come up with “all” possible endings in which the odds are never in our favor. And by the way, the quotes on "all" was intentional. Though we might think through a dozen different possibilities, it's hard to consider all the factors at the same time, kind of the like Heisenberg’s Uncertainty Principle. So what’s the best alternative to all the hassle? It's easy on paper, just do it. But unless you actually execute what you have in mind, you never achieve the actual scenario. I do agree that you need to plan out things beforehand, but have hope that things can actually turn out well.

I can dedicate this whole paragraph to historical figures who did what they wanted to do, despite the predictions. But you’ve probably heard a lot of that already from a lot of places. So let’s focus on the present. What can be done and what can you expect when doing something that you want to do? Do expect a positive outcome, that’s rule number one. But this rule comes with a clause, which is that you also need to accept the fact that things can turn around, as well.

I just remembered a story someone told me a long time ago. A person was scared that getting out into the world is gonna kill him because a car might hit him, the street sign may drop on him, so on and so forth. So he locked himself up in a room and still ended up dead. Earthquake. Wait... that’s not how the story goes, but you get the point. You can stay inside and do nothing and still be scared, so why not face the problem and get on with your life? If you expect the worst possible scenario, the actual scenario might disappoint you. The present may seem scary, but most of the time, it’s just our predictive nature. Have a sense of judgment and prediction, but know also that it’s hard to predict everything unless you have some magical powers.

It’s easy to be distracted by thinking about your past or being so focused on the future. We do need to look at the past and learn, and we need to have some goal for the future. But if you get fixated, you end up losing the pathway to your future, which is the present. It's scary when you realize that time doesn’t actually stop. It knows only one way, and that's forward. A moment lost is lost forever (not my words, but some other great soul said it). But does that mean we shouldn't waste a single moment? That seems impossible. What I’m trying to say here is that you can plan and mourn the future and the past, but you don’t get anywhere near either. You can’t change the past, but use the present and correct the wrongs. Nor can you predict everything. You can merely hope and use the present to reach your goal. The key is the present.