6 Lessons I Learned From Having A Sibling With Special Needs
Odyssey
CurrentlySwoonLifestyleHealth & WellnessStudent LifeContent InspirationEntertainmentPolitics and ActivismSportsAdulting
About usAdvertiseTermsPrivacyDMCAContact us
® 2023 ODYSSEY
Welcome back
Sign in to comment to your favorite stories, participate in your community and interact with your friends
or
LOG IN WITH FACEBOOK
No account? Create one
Start writing a post
Politics and Activism

6 Lessons I Learned From Having A Sibling With Special Needs

Whoever said that life is like a box of chocolates -- he knew what he was talking about. 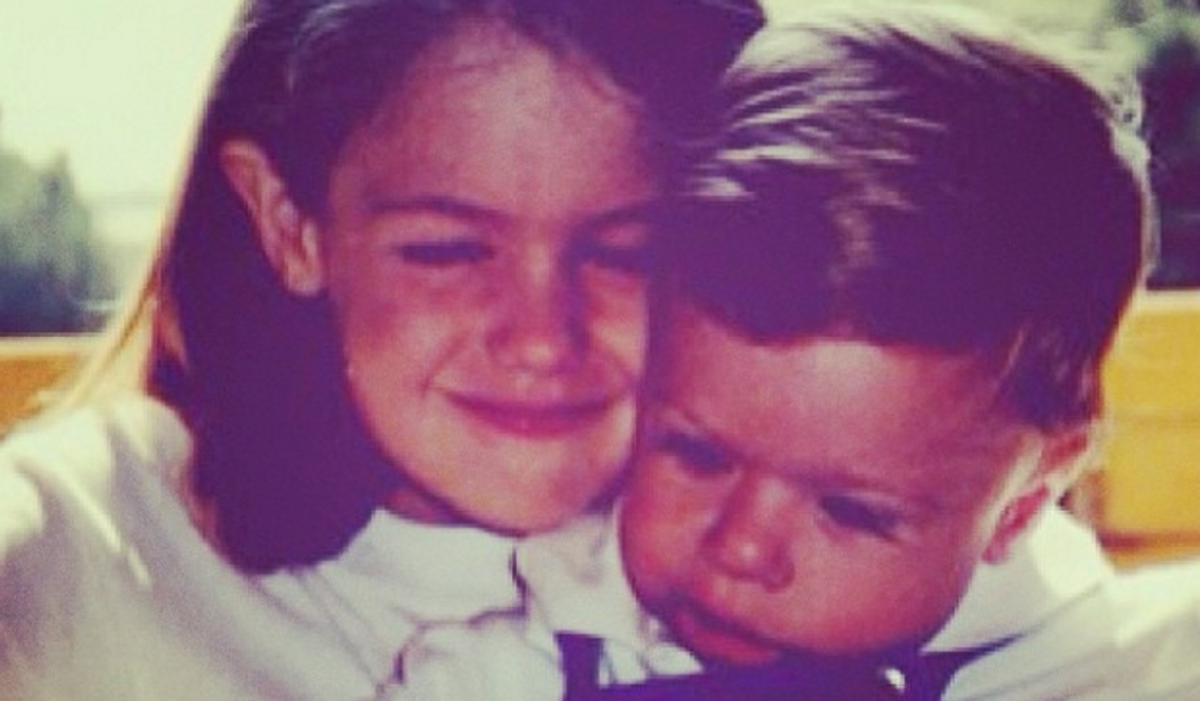 He’s outgoing and enthusiastic. He likes Netflix, as most Americans do. He indulges frequently in peanut butter -- reduced fat, if we’re getting into the particulars (but only because it has more sugar). He cheers for his school’s football team so passionately, he might as well be the mascot (although his position as assistant team manager will suffice). He’s well known around town -- for example, workers at our local McAlister’s Deli know his order by heart, and if it's a Tuesday night and the chocolate milk is running low, they'll hide one for him in the back. He also happens to be missing some genes on his seventh chromosome -- a genetic disorder known more commonly as Williams Syndrome, which affects roughly one in 10,000 people worldwide. It’s this last characteristic of my brother that rocked my and my family’s world when the diagnosis was made.

1. You can’t plan your life and expect it to play out in that way.

Jack wasn’t diagnosed with Williams Syndrome until he was three years old. That means that for three years my family was imagining him growing up just like every other kid -- learning to drive, sneaking out to parties, heading off to college, you know the drill. That was a whole three years before the doctors dropped the G-bomb -- genetic disorder. Nonetheless, my parents took the news with stride, and life’s worked out in so many amazing and confusing and wonderful ways we had never before imagined.

Just like you can’t expect your life to go as you plan, you also can’t take certain news as fate. Just because an authority gives his or her word on a matter, doesn’t mean it’s correct. When Jack was younger, physical and occupational therapists predicted trouble ahead. And even at the time, his lack of ability to reasonably perceive depth made him terrified just to step off of a street curb. Despite these predictions, Jack’s developed a taste for action and adventure, including basketball, bike riding, and even cliff rappelling, as the opportunity has presented itself.

3. You share a lot more than just a last name.

When your sibling struggles in ways that many don’t, you become much more emotionally attached to his or her journey. You sympathize with his or her struggles, and you celebrate exuberantly with his or her successes. You share perspectives, as he or she shows you life with new eyes and appreciation for new things. You also share a bond that is stronger than any you’ve shared with anyone else. When we were younger, Jack and I would put our hands together in the shape of a heart, and then pinch our fingers down to make an infinity sign, saying “I love you times infinity.” Even though he no longer does this, being seventeen and "too cool for school," I know from his genuine and energetic greeting every time we get on FaceTime that we’re just as tight as we’ve always been.

4. You have to be the bigger person, even when you don’t want to be.

Growing up, whenever kids gave my brother a hard time, every bone in my body wanted to rip them a new one. I despised them, not understanding how people could be so heartless. As I grew up, I realized that people act in certain ways for various reasons, and although a certain comment or action might be unjustified, fighting fire with fire isn’t the way to make the world a better place. People may disappoint you in life, but when you stand tall and swallow your pride, you’re bound to come out on top.

5. Disabled does not mean incapable.

There are many things my brother struggles with due to his disorder, but hey, doesn’t everybody struggle with at least a thing or two? While there are certain things Jack struggles with, there are so many more that he excels at. He’s a pro at networking, thanks to his outgoing and cheerful demeanor. And when he was younger, there was no Transformers product he couldn’t transform, despite the unsuccessful attempts of everyone else in the family. And now, he is on track to becoming an Eagle Scout. Jack has obstacles, but to those, he says, “Challenge accepted.”

Some people might think that a diagnosis of a genetic disorder would erase one’s faith on the spot. After all, how could a God call himself great and loving after giving so sparingly and unjustly to one of his creations? But it’s not like that at all. When you have a sibling with special needs, you focus in a little better on what actually matters. Rather than feeling like you’ve been thrown a curse, you realize you have been granted a huge blessing, one that presents itself in the form of countless little blessings. For me, they’re the mercilessly tight hugs I receive each time I come home from school. They’re the way my brother sits down beside me when I’m upset and gently tells me to “turn that frown upside down”. They’re the unnecessarily but wonderfully excessive introductions to strangers: “Hi, I’m Jack Davis, a member of [Boy Scout] Troop 72 at your service.” God may have thrown us a curveball when he gave us Jack, but I can speak for my parents and myself when I say we wouldn’t have had it any other way.

Nicole Marie Nigro
Individual Creator
9691
c1.staticflickr.com
Where to start...... Let me start with the cliche that life throws us curveballs and what we do with it is what counts.