The Amazing Saga Of The Wolves Of Yellowstone

The Amazing Saga Of The Wolves Of Yellowstone

How the wolves changed the entire ecosystem of Yellowstone National Park. 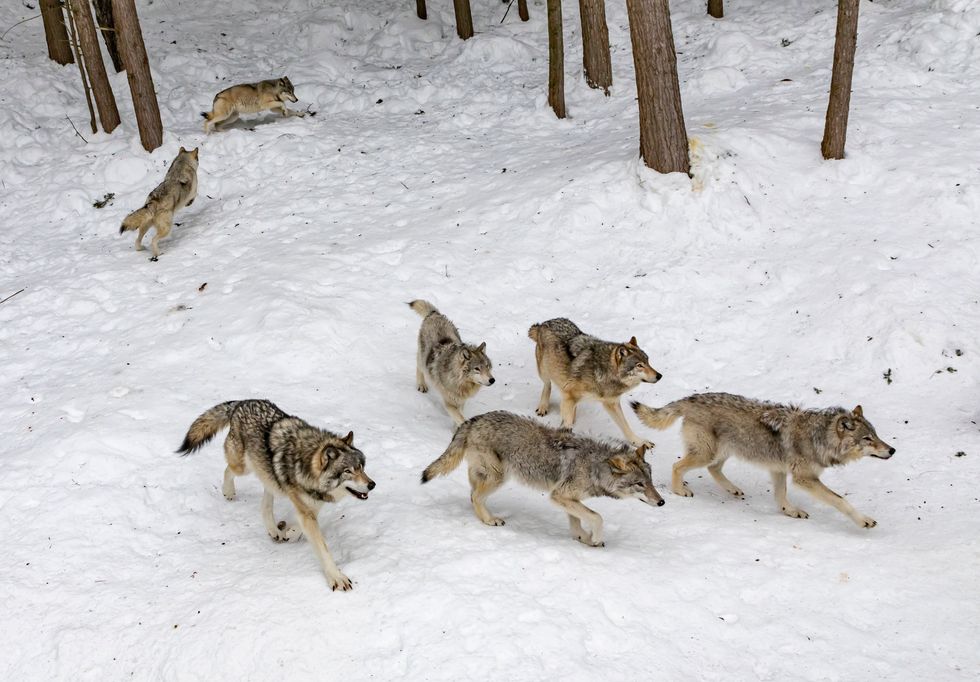 Photo by Eva Blue on Unsplash

I recently watched a video about how the wolves that were released into Yellowstone National Park have managed to change the entire ecosystem of the park. In my major, one of the tools we use the most and that I find very interesting is systems thinking which are analyzing how one factor or problem influences and connects to everything else in the environment. A great demonstration of this is how the wolves have impacted almost every aspect of Yellowstone.

In 1995, the National Park Service began reintroducing gray wolves into Yellowstone National Park. The area was once home to many wolf packs during the 1800s, but they were hunted out of existence inside and outside the park. Because their habitats were being destroyed by westward expansion, wolves began preying on cattle which led to farmers and park staff trying to eliminate them. As views about environmental sustainability began to change, researchers began to question if introducing wolves back into Yellowstone could have a positive effect on the ecosystem. Now, twenty-four years later, we can see that the Yellowstone wolves changed the entire makeup of the park.

The wolves helped to reign in the elk population. After the wolf population was wiped out, the elk began to overrun the park. The bears, cougars, and sometimes coyotes did hunt and kill some of the elk, but it was not enough to help control the population. Wolves are now credited with decreasing the numbers of calves that make it to adulthood and the number of adult elk. This has also benefitted other species in Yellowstone such as the bears. Bears can not resist the opportunity to get an easy meal, especially when food is scarce. They will often eat what is left of the carcasses that were killed by wolves, and since wolves have been on the rise, there are more for the bears to eat. As a result, bear populations are also on the rise. The curbing of the elk population led to other changes in Yellowstone's ecosystem, as well.

The presence of wolves also helped to rejuvenate the valleys in Yellowstone. When the elk were not being kept in check by the wolves, they were overgrazing the fields and tended to stay in the same areas year-round instead of moving on to other areas of the park. Since the wolves have been introduced back into Yellowstone, the elk have begun to move around from place to place to get away from the wolves and avoid places where they can be easily cornered. As a result, grasses have begun to regrow in the valleys and so have stands of trees such as aspen. In some areas, the trees quintupled in size in six years. This has attracted other animals back to the area such as songbirds and beavers. Beavers like to eat the trees and use them in their lodges and dams which create whole other ecosystems and homes for other species like fish and otters, and amphibians. However, this not the only changes the reintroduction of wolves caused in the rivers.

One of the most surprising things the wolves have done is change the course and ecosystems of the rivers. This may seem surprising, but it connects back to the trees and grass that have begun to regrow. Because the elk stripped the grass from the valleys and along the rivers, the dirt became loose and gave way to erosion. Because of this, the river banks collapsed which altered the course of the rivers. After the wolves began to control the elk populations, the grass and trees that began to grow helped to hold the soil in place, reinforce the riverbanks, and stop erosion. This helped to stabilize the river, stop their meandering, and create pools and rapids in the rivers, both of which are important to the habitats of certain species of plants and animals. The grass and trees growing near the water's edge also provide cover and shade for fish, amphibians, and reptiles living in the rivers. In addition, the shade from the plants help to keep the water cool, as well. Cooler water temperatures are crucial to the survival of some fish and algae species. It is interesting to see how one species can have an impact on an entire ecosystem.

It is clear to see that the reintroduction of wolves to Yellowstone has had far reaching effects, some of which are remarkable and surprising. This type of action and repercussions is known as a trophic cascade which is a process that starts at the top of the food chain and goes all the way to the bottom. One can imagine this working like a ripple in a pond. When one throws or introduces a rock into a pond it creates a ripple that keeps expanding out further and further until it has reached every part of the pond. When the wolves were introduced into Yellowstone, they created a ripple of effects that spread throughout the park until hardly anything was untouched or untransformed. The wolves have affected everything from the elk, the second largest deer in North America, to the tiniest of plants in Yellowstone.

parks
Report this Content
This article has not been reviewed by Odyssey HQ and solely reflects the ideas and opinions of the creator.