Why My Heart Broke Over Christina Grimmie's Death
Odyssey

Why My Heart Broke Over Christina Grimmie's Death

Her death is hard to process. Why does a young talent who honored Christ in all she did have to go so soon? 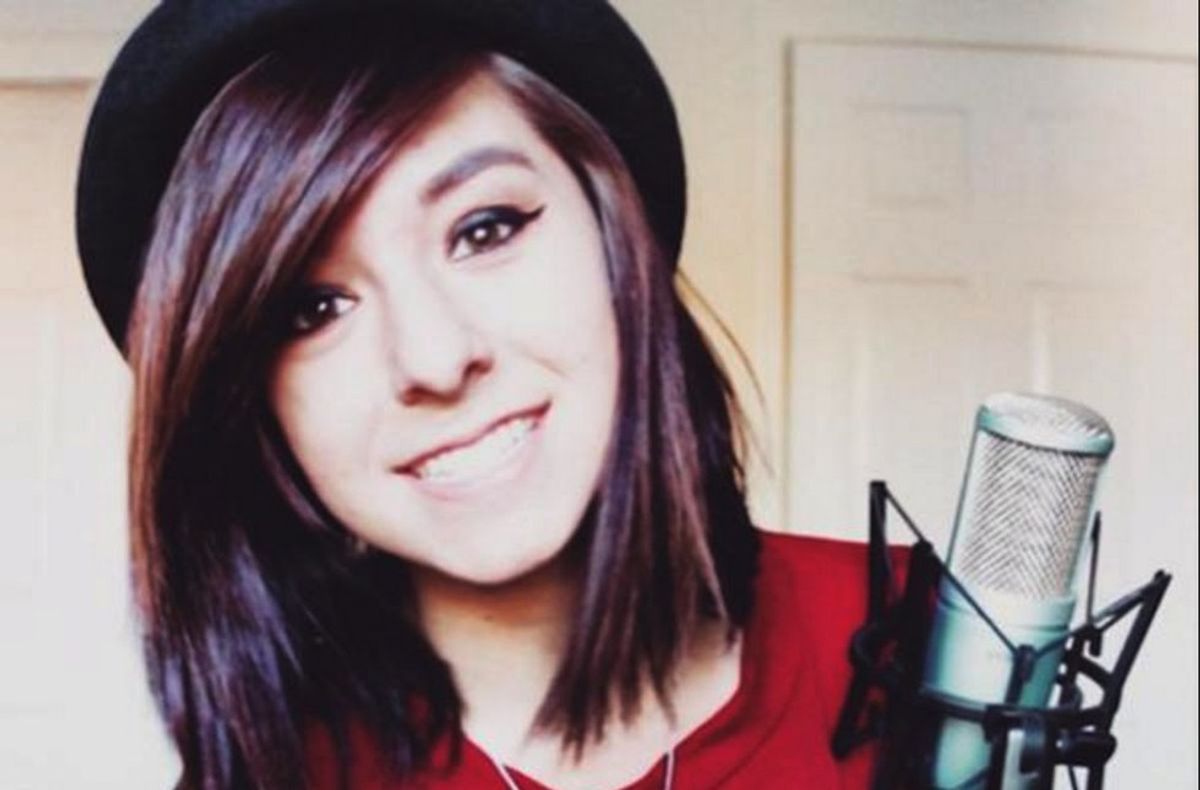 Former contestant on "The Voice," Christina Grimmie, was shot and killed after her concert on Friday, June 10. My heart, and many other hearts across the world, shattered into pieces once I heard this tragic news.

I listened to her stuff on YouTube occasionally; I even watched her season of "The Voice." However, I never attended a concert, never followed her on social media, and I never actively tried to follow her career path. I wouldn't consider myself a hardcore fan of her's. So why is the death of Christina Grimmie hitting me so hard?

I'll tell you why. It's because she was around my age, and she was just following her dreams. This could have happened to anyone on the brink of breaking out into fame. It bothers me because she honored Christ in everything she did, and she was such a light in this world. I didn't follow her closely, but from just watching her perform, all of this was evident to the average person.

She was a complete light in a world full of darkness. In an industry where materialism, sex, and money take over people's values, she held strong to her faith in Jesus Christ and sang from her heart to bring Him glory.

Why does someone like that have to go? I am having a hard time digesting the fact that someone who's dedicated their entire career to Christ has to go, while others who promote things of this world get to stay and influence the world.

It is hard for anyone to see someone who was following their dreams, on the brink of achieving amazing things, go so soon.


Christina did many covers. One of the songs she did, that she considered her absolute favorite, was the song "In Christ Alone." In that song there is a specific line that says:

"Till He returns, or calls me home, here in the power of Christ I stand."

When she covered this song, I don't think she had in mind that she would die suddenly at age 22. But what a powerful message. He called her home, although it was in a tragic way, and she is now singing to Jesus. Christina is doing what she loves for the rest of eternity!

My hope is that through the tragic death of Christina Grimmie, the world would see Christ in the short life she lived; that the music industry would start to understand that making a difference in people's lives is so much more than being pretty and having a lot of money.

God works in mysterious ways, and we won't fully understand why she had to go so soon. But ultimately, he is the author of all of our lives, as well as Christina's. Let's see what he does with her story.