What if 2020 was just like any other ordinary year?

What if 2020 was just like any other ordinary year? 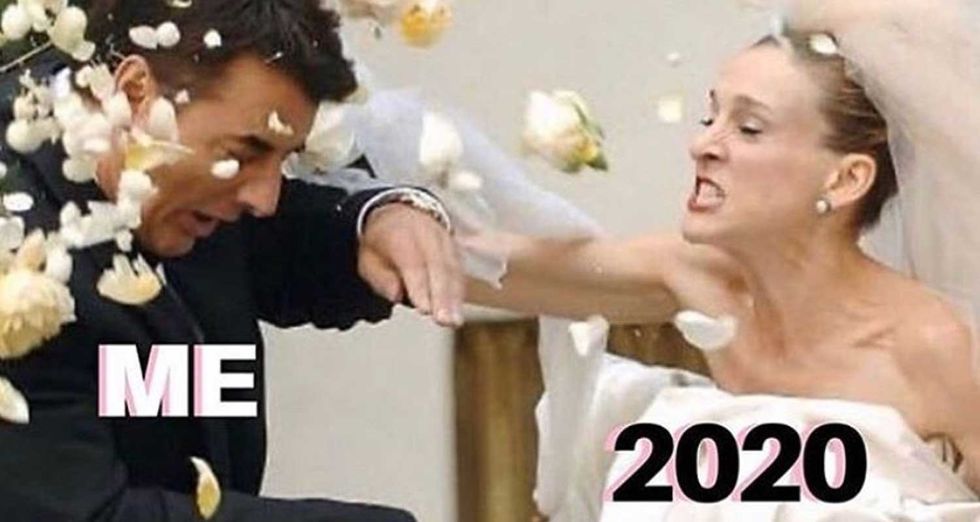 So, what if 2020 was just like any other year in your life? What if you weren't hit by this pandemic and you didn't have to stay pretty much caged in your house for 9 months? How would everything be going on right now?

I don't really know, actually. But trying to imagine these possibilities in my head kinda helps me out to better plan my future in a world where Covid doesn't exist anymore – still, I don't know if that's actually ever possible. But daydreaming has been pretty helpful these days.

2020 has been such a memorable year, no cap. It had just been my birthday a couple of days before the first big news started to come in telling about this new virus that, by the time, was a specific problem to the Chinese government. I mean, it shouldn't have been, but most of other countries didn't really pay attention to it. I remember being interested about how things would turn out to China, but mainly because I always really had this zest to better understand major international public policies. I was watching things going on in China as an observer narrator. But this story had such an incredible – and cheerless – script. Some months later and here I am, being one of the characters at this worldwide play.

And here's where we mainly started to see 2020 differently. We have had major issues all along the year, from this USA vs Iran oil rivalry to a gigantic explosion in Beirut. It's been such an unforgettable period of our lives.

But what if it wasn't?

What if you woke up in the morning and there wasn't a massive and deadly smoke surrounding Beirut, nor people going homeless due economic crashes in Peru or more face masks in your closet than shirts? How would things be different for us? I findd it important to consider these thoughts for a couple things, let me spill it.

We are all getting tired, we surely are. It's been way longer anyone could ever think. It's been, undoubtedly, sad too. Most of us here weren't alive during the last World War and, in fact, despite of all huge conflicts along the last decades, we mostly grew up in well-balanced times and environments – Gen Z words here, but it certainly does apply to most people. What I mean here is that, for the first time in our lives, we've got to face a general national and international cooperation against a brand-new single common problem. We both hadn't and haven't faced it yet. It means that things might change from now, and I hope it does. We need to reconsider plenty of stuff, because a lot of issues are, let's say, socially exhausted.

That's why I wander and daydream so much. Maybe we all should. Because we need to put on ourselves a future agenda that considers a more inclusive and ideal world to live in.

I personally think that 2020 has done such a structure-change when we consider communication skills. It is unmatched to any other event in History, we truly became able to implement internet and social media as one of the main essences of our global society. Would people ever be committed that much to social media if it wasn't for the quarantine? It is just impossible to answer that type of question. But pretty important to talk about, tho. How will friends and family be seen and understood after this whole problem is solved, once we've spent way more time with them than we used to? We'll have to wait a little bit more to get this one answered, but I can easily assume that someone who's a newborn, baby or kid nowadays will get a different interpretation about 'playing outside' than most adults ever did 15 years ago. Is that bad? I don't think so, it's just different. And maybe that's, actually, enough. Why? I just surely assume that society needs to change from time to time, because adaptations come and go once we face new problems, needs and wills.

We've watched historical issues tryna get fixed right in front of our eyes during the pandemics. Social requests such as LGBT+ rights, feminism and Black Lives Matter have risen their voices. Which is amazing. Amazingly hopeful. Smartphones and social medias have acquired a must-ish status in society, but tons and tons of financial crises might have been lined up. And the problem is that, we have mostly ignored all of these things for ages. 2020 may develop a brand-new way to understand and approach these modern wills.

Sometimes it seems that we are creating new social, political and economic demands that are only plausible to be solved in a modern society. But the system itself, which includes how people interact to each other, is still archaic. And kinda lot. That's why 2020 is so important, because that might be the chance. The chance to request, dream and will new perspectives.

But I certainly would never ever want ot even imagine all of this happening throughout so many daily deaths around the world. Again, this only shows how badly we're facing modern problems with such archaic methods, because most countries didn't consider human lives as important as politics. It's like people didn't matter as much as politics' interests. That's why we need to fulfill 2020 with new dreams; to create a future in which lives will always matter more than any ideology – regardless of people's color, sexual orientation and gender. Maybe 2020 is the chance to pursue this great new path.

I hope so, a t least. Maybe we all should.

So, coming back to the title: what if 2020 was just like another ordinary year? To be honest, I don't know. It simply isn't.

And I'm doing my best to make it just not like any other year.