I Deleted Tinder After A Dangerous Match, And I'll Never Download It Again

I Deleted Tinder After A Dangerous Match, And I'll Never Download It Again

What could be so bad about a little college hookup app? 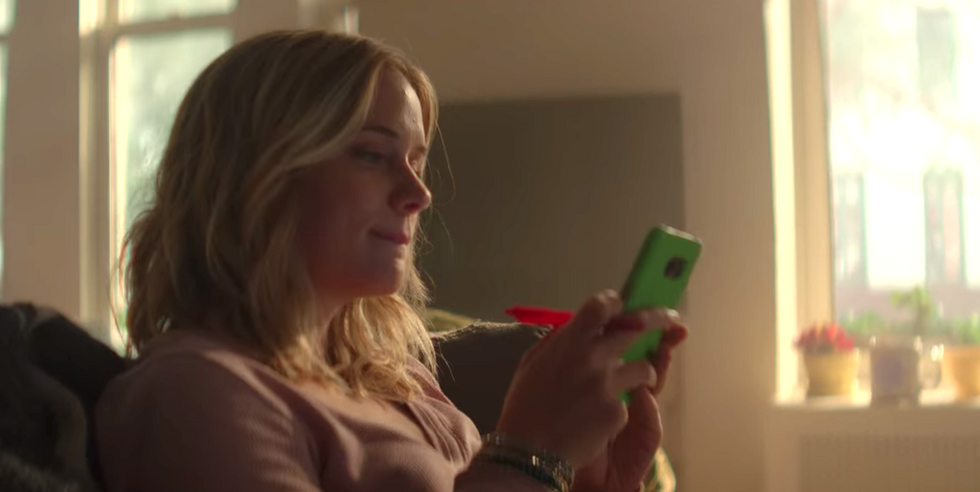 It was the day of the Super Bowl when everything went south. The weekend prior had been anything but smooth sailing, but I had thought all the fighting between my boyfriend and I had ceased for the time being. I was supposed to go to a party his friends were hosting and things seemed to be back to normal.

But when he continued to act ignorant in front of his friends, I went MIA and fled to my friends for consolation. At no point in my life had I ever felt so alone and embarrassed. How had I put up with his insensitive, toxic presence for as long as I had? He always placed the blame on others, saying it wasn't his problem, that his friends made him do this or that. All along, I had known deep down he was responsible for his own actions, no excuses.

How had I held this small-minded person's opinion above all others for so long? I began to realize he didn't give a crap about me. My friends all said he wasn't right for me and I deserved more. And I believed them. But I couldn't accept it yet. There was something I had with this guy that I had never had with anyone before. Deep intimacy.

After breaking up in a succinct text, I chose to deal with the void of emptiness I felt by attempting to "glow up". In the weeks that followed, I went from being depressed to engaging in self-destructive behavior. I would make sure he saw all of the dangerous stuff I was doing so I could ensure he thought I was on the high road to recovery.

I devised a plan to try and find a replacement boyfriend as fast as possible to destroy any remaining feelings I had left for my ex. I had heard of Tinder through many of my girlfriends on campus. Throughout high school, I was restricted from any form of a dating app. My mom was proudly against any sort of relationship that was built on the internet. She thought it not only would not work, but it was also unsafe and misleading. I knew she was right, but I was entranced by the amount of freedom I had gained with my college career.

So, I began my entrance into the dating app world. I was awe-struck with the number of matches I had, the compliments that appeared in my inbox, and the surprising amount of punny requests to take me on a date. It was an immediate ego-booster. I met so many different people.

I am proud to say I made some friendships, mostly with people who had the same classes or majors as me. And a lot of others had similar goals as I did, and I enjoyed discussing campus life with them as well as setting up times when we could get together and get to know one another.

Even when I went home, I managed to connect with people I had never met before. I kept justifying that this was a positive part of being on the app.

But of the substantial amount of matches I had, I never really put a great amount of effort into communicating with these strangers. I was just seeking attention. And besides seeing them in class, I was uncomfortable with the idea of going on a date with someone I had just met online. Not knowing the person first really scared me. And I had heard many horror stories about young women being kidnapped/murdered after meeting strangers through the internet.

It was around this time that I had a horror story of my own. A person I met through the app claimed he had my location and threatened to come find me. I spent the rest of that week paranoid and afraid he would somehow find a way to kidnap me. I questioned why I had decided to participate in this trivial trend when my safety had been at risk the entire time.

All that time I had wasted thinking I would start a relationship with a complete stranger, searching for something that would be sturdy and deep. I had come to the wrong place. And it was a dangerous one.

Don't get me wrong, if you are into random hookups, then this app may be your forte. There is nothing wrong with that. It can be exciting and spontaneous. But it should be noted that there are serious safety issues present when attempting to meet and engage with someone who is distant and not actively present in your real life.

If you are like me and are mourning the loss of a significant other, there are many other ways to try and achieve solace once more. But it should be noted that dating apps tend to be a waste of time if you do not have the same goals of the people you end up meeting on the platform.

Before becoming self-destructive like I was, take time to invest in some serious self-care. Know you are important, loved, and valuable. No one should take your unique presence away from you. Know your worth, and don't let anyone define you but yourself. If someone loves you for you, you will feel it. And it will make you happier than ever.

Search for those who are highly invested in your own life and make an effort to be around you. And more importantly, make sure they invigorate you to become a better version of yourself.

That is the love we should all strive for.