Why White Feminism Is Problematic

Why White Feminism Is Problematic

"My feminism will be intersectional or it will be bullsh*t." -- Flavia Dzodan 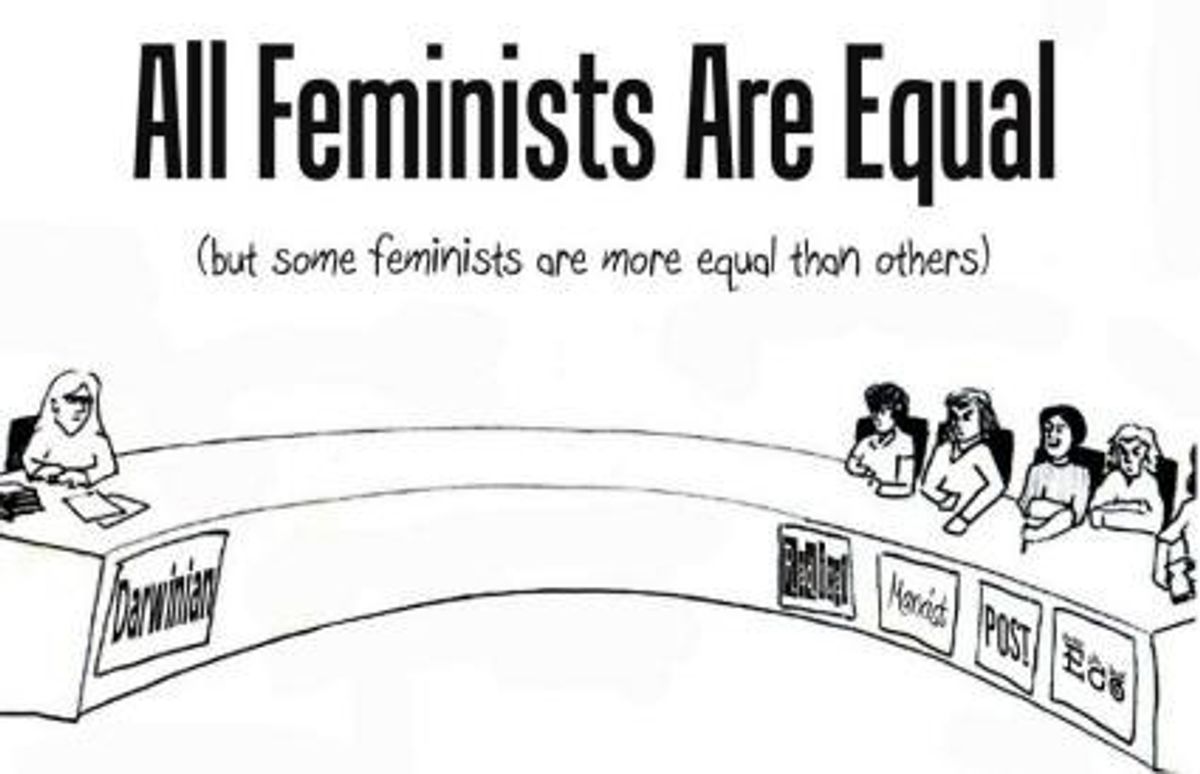 Feminism has become a fixation among our society, and celebrities have taken a particular interest. From Emma Watson’s He For She campaign, to Beyoncé’s iconic self-proclamation as a feminist, it seems as though feminism’s long association with bra burning and man hating has become a thing of the past. Although great strides have been made within the feminist movement, it seems that, as a society, we have shifted from an ignorant, mainstream ideal of feminism of bra burning to something much more problematic: white feminism.

If you aren’t familiar with the term "white feminism," it is a brand of feminism that ignores intersectionality. It ignores the experiences of women of color, trans women, and all other women that fall out of its heteronormative ideals. It ignores the fact that the way a black woman experiences sexism and inequality differs from the way a white woman experiences sexism and inequality. Those who adhere to "white feminism” acknowledge that patriarchy gives men a warped sense of entitlement, but believe themselves to be immune to the effects and benefits they reap from a white supremacy. They are more than willing to tell men to "check their male privilege” than listen to black women when they tell them to do the same with their white privilege.

Also, a very important distinction to be made is that being white does not necessarily make you a white feminist. But it is more often that white women are seen to primarily exhibit white feminism.

White feminism in mainstream media can be seen demonstrated by an ultimate problematic fave, Taylor Swift. Also, Lena Dunham from HBO’s "Girls" has also been a visible figure in white feminism. I mean, come on, Lena! How can you have a TV show based in New York City without any women of color?

An example of this type of behavior can be seen in the infamous Nicki Minaj vs. Taylor Swift Twitter spat over the summer. Minaj tweeted of her frustration over her lack of recognition she received at MTV’s Video Music Awards and spoke of the very real fact that black women so often influence culture and the industry but rarely receive awards or acknowledgement. After a series of tweets from Minaj explaining her frustrations, Swift’s response accused her of pitting women against each other. Undoubtedly, women of color are often publicly shamed by white feminists should they dare to critique white women's problematic actions. And in less than 140 characters, Swift highlighted a girl-chummy, exclusive feminism that grasps at the root of the problem.

White feminism prioritizes the experiences and voices of cisgender, straight, white women over women of color, queer women, or anyone else who falls outside of those primary identities. To put it simply, white feminism is any thought or action that is anti-intersectional.

The inability to acknowledge how racism informs the views of white feminists on race, particularly in a movement that asks men to recognize how patriarchy shapes their views on women, is extremely tiresome. Until it is understood on a universal level, particularly in mainstream media, that the feminism that ignores racism is in no way different to the men that ignore gender inequality, women of color and all others who fall outside the socially accepted and typical identities will continue to be ignored, and their experiences will continue to be undermined. Feminism is not merely a movement about middle-class, straight, white women and their interests; it is about queer women and women of all color and disable-bodied women. It is for all. It is about making the world a better place for women and men alike, and it is a cause that should unite all of us.