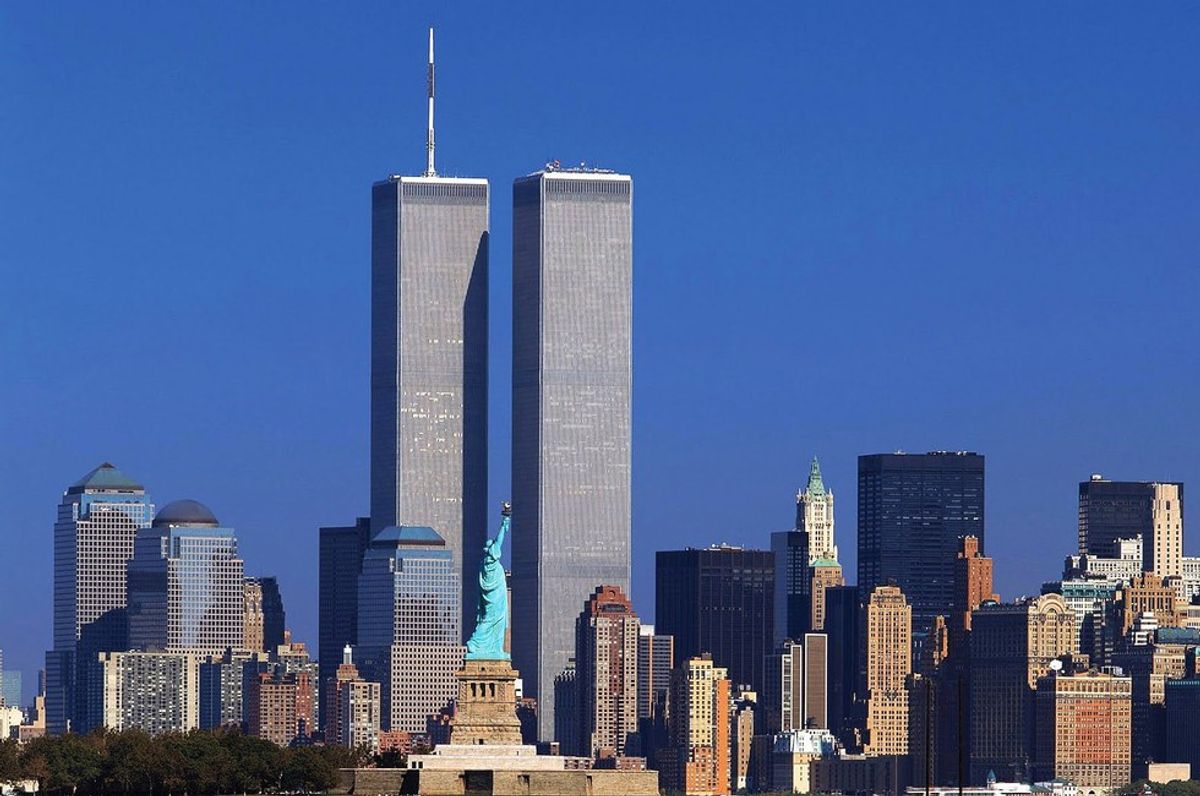 It's so hard to believe that it's been 15 years since the deadliest terrorist attack on United States soil. Everyone has their own personal story of what happened to them on that day, and what they experienced. The images of that day are forever ingrained in my brain. I was twelve years old and a student at St. Thomas Aquinas school, which was then located on 4th avenue and 8th street in Park Slope, Brooklyn. The building had four floors, many of the windows on the upper floor faced lower Manhattan.

On that sunny Tuesday morning, I left my classroom during first period. This was common, as the eighth graders headed downstairs to the Kindergarten classrooms and then to the library to participate in story time. I always enjoyed reading to the younger students, and I believe this probably contributed to my decision to become a teacher. During this time, the first plane had hit one of the towers. It was 8:46 AM.

After the period ended, I headed back up to my classroom with the other students. There was frenzy and chaos. The fifth grade class had a front row seat to the carnage that was going on outside their window. My mother, who taught seventh grade in the school at the time, luckily didn't witness what had happened, as her classroom was on the other side of the building. She was led out into the hallway by the screams of the other teachers as well as the students. Many of them had family members who were first responders or who had worked in the towers.

By this time, 9:03 AM had come around. I sat in horror in my desk, in the first row of the classroom, and watched the second plane hit the second tower. My teacher could no longer watch, so she shut the shades so we wouldn't be able to witness what was going on. The bell rang, and we switched classes.

The next class I had to go to was Social Studies, the class that my mother taught. We all settled into our desks in her classroom. My mother sent me down to the office with a note for the principal. Naturally, I read what it said. She had asked the principal for permission to turn on the radio so that we could all listen to the events unfold. She gave my mother permission, and I headed back up to the classroom.

My mother pulled me aside as soon as I entered the room. She wanted me to know that what had happened was not a tragic accident, but a planned attack on our freedom and our way of life. At the age of 12, I certainly understood what she was saying. I then desperately pleaded with my mother to check on the whereabouts of my father. He worked the overnight shift at the postal station across the street from the towers. Luckily, he had been off the night before. My sister, who attended FIT at the time and should have gone to class that day, stayed home. They watched the events unfold on the television.

We listened to the horrified voices of the news reporters as they told us of the events as they unfolded. It was time to switch classes again. I was headed back to my regular homeroom classroom for English class. The shades were opened. One by one, during the class that we desperately tried to hold, the towers collapsed and fell. The fiery inferno was reduced to rubble and smoke. The shades were drawn again.

The day droned on. We couldn't focus on learning with the carnage going on around us. As the day ended, my sister, my mother, and I were one of the last people to leave. My mother had to make sure all of her kids were safe and sound. We then left school. A teacher who I will forever thank, and who is no longer with us, drove us to 86th street and 4th avenue in Brooklyn, so we could catch the bus over to Staten Island. There was total chaos in the streets. People trying to get home, people worried about loved ones. People covered in soot and dust. My father desperately tried to get off the island to pick us up, but they had landlocked Staten Islanders but shutting down all the outgoing lanes on the bridges.

A few express buses were lined up outside the train station. They obviously, for reasons not needed to be stated, didn't need to be used in Manhattan. My mother walked on and asked where the bus was going, and he said Staten Island. She tried to dip her metro card, and the driver told her the ride was free. They just wanted to make sure that we all got home in one piece.

As we crossed the Verrazano, we once again saw the smoke revolving around lower Manhattan. The traffic on the bridge moved quickly, everyone just wanted to get home. School was cancelled the next day. I was fortunate enough to not have lost anyone in the attacks. My friends had parents who returned home covered in the dust. There were others who lost parents as well. My father picked us up at the bus stop immediately after the bridge, and we all headed home.

The news said that 10,000 had been feared dead. It was here that we learned there was an attack on the Pentagon as well as a plane that had crashed in Pennsylvania, possibly diverted from destruction by the brave souls on board who knew what had happened in Manhattan and on Washington. The plan was to attack several forces of American stability: our defense, our financial center, and our place of lawmaking.

I will forever remember a certain newscaster: Pablo Guzman. He worked for channel 4, NBC, at the time, and this was the channel that my family always turned to for news. It was about 6PM. The sun was still shining bright. Mr. Guzman was a tall man, but as he stood in the wreckage of what had happened on 9/11, he was up to his knees in debris. Burning papers, twisted metal, who knows what else he was standing in.

The smoke reached as far as my home. Every time I looked out the window, I saw it. This happened for days on end, and is certainly the reason many people suffer from cancer and other respiratory disorders after 9/11. Thank God for the Zadroga Act, but that's another story for another time.

School was cancelled the following day. We returned to school on a Thursday. My father took the trip with us to school to make sure that we were safe, and to provide us some sort of comfort. Not a sound was heard on that trip. Everyone was quietly reading their papers or being silently reverent. My sister couldn't control her emotion, and literally threw up when we got to school. I could tell that she was really scared, even at the young age of 11, she understood the magnitude of what happened that day.

So, as I sit here on my couch on this gorgeous Sunday afternoon, I listen to the memorial service on my television. Each name that is read resonates with me personally, as do all the names of the people who have died as a result of the subsequent failed war that followed. The mayor vowed that we would rebuild, and we have. The freedom tower is absolutely beautiful, and is a symbol of American resilience. Keep your conspiracy theories to yourselves, I don't want to hear them. Too many people died that day to not be respectful at least on this holy day of September 11th.