What Your Shoes Say About You

What Your Shoes Say About You 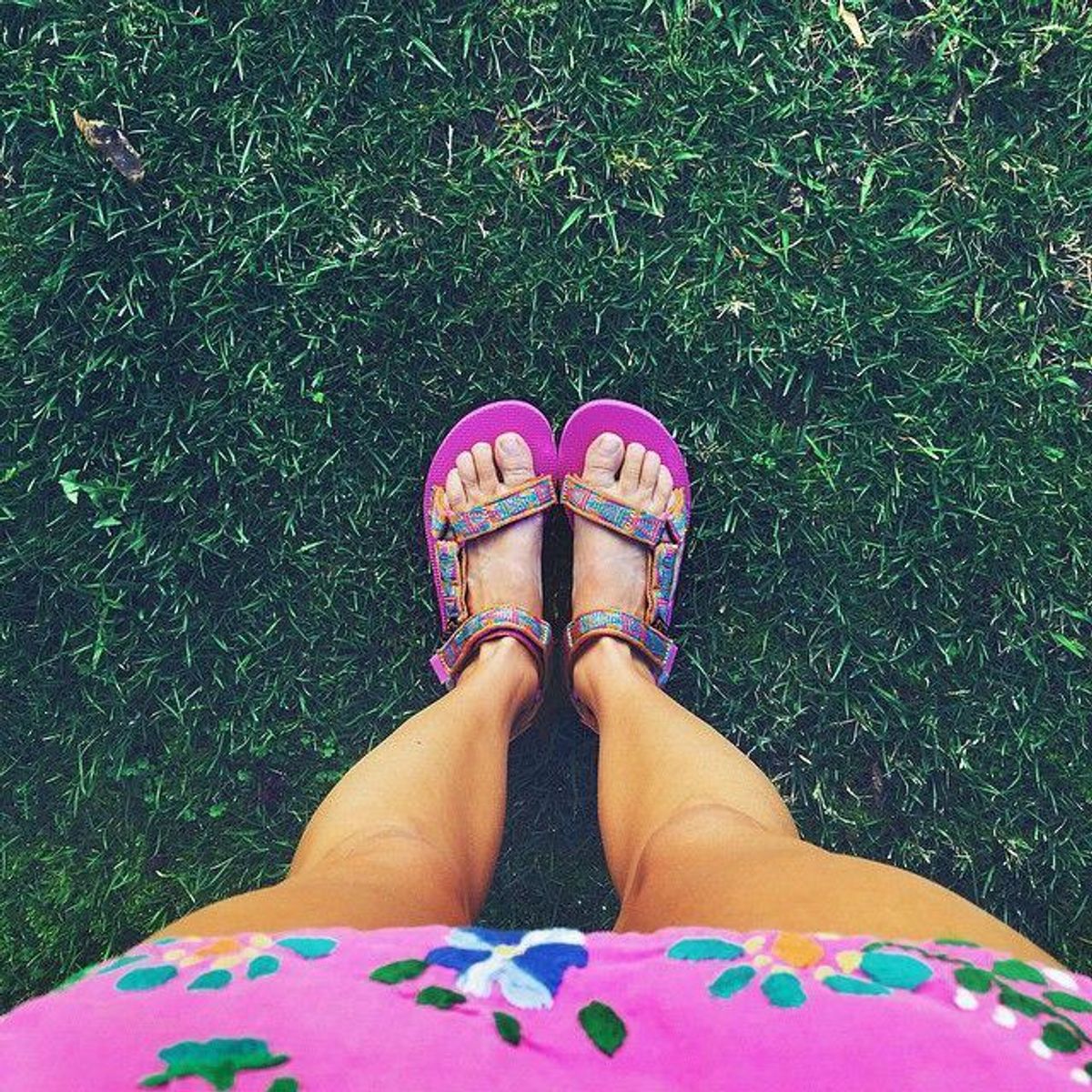 There are many defining characteristics of a person--their personality, their height, where they plan to die one day. But one small feature about yourself says more about you than you might expect, and that is your shoes. To find out just what they had to say, I sat down with some local shoes and asked them what they really thought of their owners.

“Jerry's feet are soft. But not in a good way. They're soft in a way that reminds me of a rotten peach. I really wish he would forget about me, like I've forgotten about him."

“Every owner I've had smells like what I expect Ezra Koenig to smell like. It's a very calculated and pleasant weird."

“Please help. I was never designed to be walked on. Every time the human steps, I let out a loud *clap* to let the world know of my imprisonment. As of yet no one has come to rescue."

Running Shoes With The Toes.

“Bill was a good runner in high school, or so I've heard. Broke 4:30 in the mile apparently. Obviously he's gotten weird about it now though. I should not exist."

“I belong to the black-haired, cheer captain Taylor Swift. I don't really like how I'm portrayed in the song at all really. And if I'm being completely frank, I never much liked the sneakers in the bleachers."

Sneakers in the bleachers.

"Taylor's nice. A little...it's hard to describe. Voyeuristic? Is that the word? Like I agree he's cute and all, but there's a limit to how deeply you can stare at a man in his bedroom while he talks on the phone to his girlfriend."

“Julia has had a rough year. Lost her job and such. It's too bad, cause you know, she's a nice girl. It's ironic, I want for her to get back on her feet, and her and I both know that the first step to that is getting her feet out of me."

Paper towel with a string tied to the top.

“It's cruel enough that I exist, but did you have to move to Phoenix too, John? Your feet sweat like your aunt when she talks to telemarketers."

“I was born with a mutation that led to a giant blade sticking out of my torso. I cannot balance naturally or stay upright on my own. My owner, Stephanie, tortures me by rubbing me against cold, cold ice. All I wish to ask is, why? Why, humans?"

“If I had five cents for every time Nathan has spilled beer on me, I'd be almost as rich as he is."

“JESUS WORE ME AS HE WAS CRUCIFIED ON THE CROSS AND AFTER HE WAS RESURRECTED GOD SAID 'DAMN SON NICE KICKS I SEE YOU'VE ENJOYED EARTH.'"