Before You Choose The Mama's Boy
Odyssey

Before You Choose The Mama's Boy

Is it worth being a mama's boy? Or dating one? 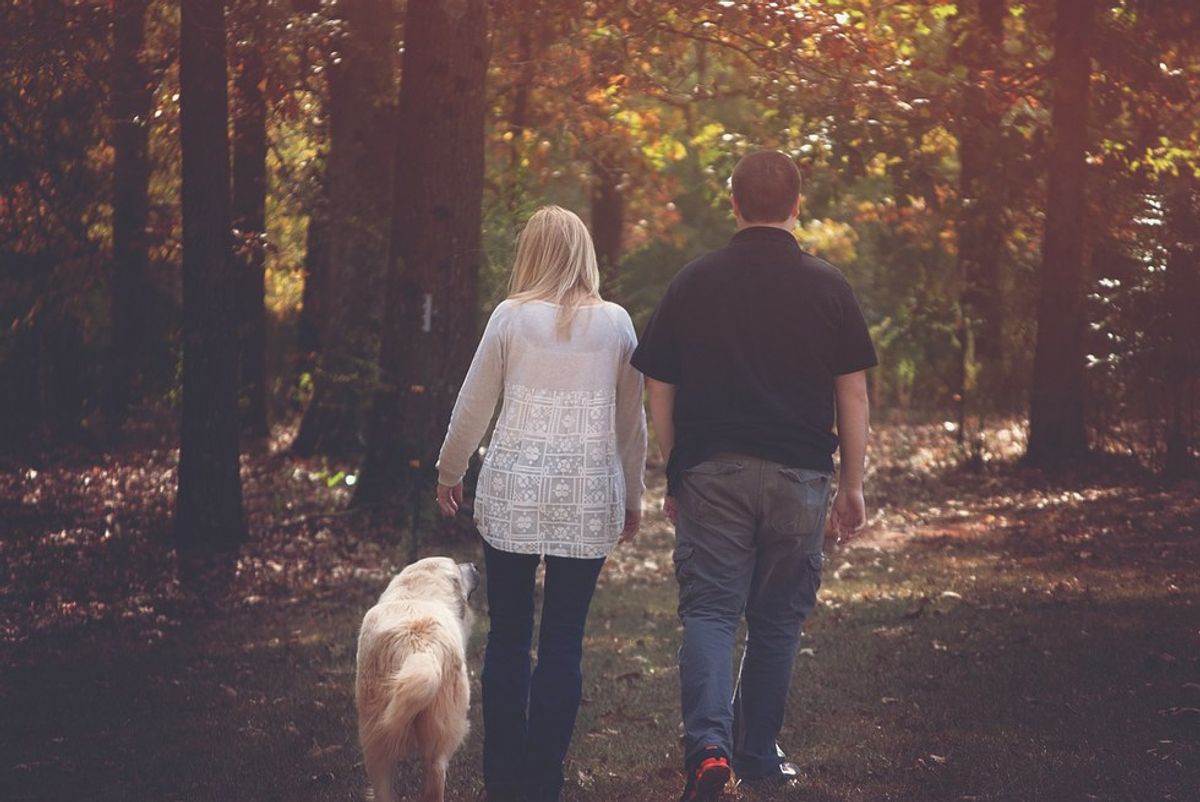 "Men are what their mothers made them." - Ralph Waldo Emerson

Men, this one is for you. The title may be about dating, but I promise you'll want to read this for some insight on your girl. And ladies, of course, this is a read you don't want to miss and share if you know someone dealing with this same situation!

First, let me start by saying this isn't a dig at Mama's boys. Or their mothers for that matter. It's just stating what every girl wants to say but refrains from it for the sake of the argument. And no, this is not about anyone, but like I've said before if the boot fits, lace it up and wear it. I think most of my readers have learned by now, I say what I think. Yes, sometimes it does get me in trouble, but the truth hurts.

Ladies, let's take a moment to reflect, shall we? Each of us has dated many different types of guys, I'm sure. In fact, we have 'types' and most of the time we fall for the jerks, right? After the jerks, we date the best guy friend or someone new that seems safe. This safe type is sometimes the Mama's boy. Before I continue, let me say that I realize not all relationships follow this order and not all guys are the jerk type. I'm just playing into the stereotypical scene of dating in this generation.

Moving right along, so you meet the guy and he seems to be everything you've dreamed of. Perfect, right? The two of you hit it off really well and things seem to be going amazing. Your family loves him and you've met his. As time goes on, things begin to change. You hit a rough spot and soon figure out why.

Now, men, let's move back to you. It's OK to love your family! The truth is we want you to. We want you to love your family and love ours. It actually means a lot to us especially if we start planning a life with you. However, one of the things that will get under a girl's skin quicker than you can say 'bless your heart' is being a Mama's boy. Everyone has their own definition of a 'Mama's boy.' In fact, my definition is not as bad as some of the ones I have heard. Being a mama's boy to me is going beyond the normal side of things. It's one thing when you do something for her birthday or Mother's Day, but when you go beyond that — umm, no. It's not your responsibility to cater to her every need.

Dating a mama's boy is hard. It's a constant battle of wondering when you will be first in the relationship. It's a constant reminder of "that's not how my mom did it" or "well, my mom said." It's the constant reminder that you'll never be like his mother. In some cases, it's the constant reminder that she really doesn't like you. If the relationship grows and you're looking to get married, men, you need to draw the line right here. The girl you're dating is NOT your mother. She will not do the things your mother does. Yes, she will cook, clean, and do laundry, but guess what: it WILL NOT be the way your mother does it. And quite frankly, it doesn't matter what your mom said. You're building a life with your future spouse — not your mother! The girl you want to marry will probably never be like her. We're all very different. Now, I'm not saying that being like your mother is a bad thing, but if she waits on you hand and foot then you didn't gain a help mate. You gained a second mother and I can tell you that most women will get bored with it easily. And well, let's just be honest some of these mothers definitely do not need to be duplicated. Ladies, it's hard to get the approval of a mother. If you're not what they have in mind for their little boy, you can pretty much forget it. Mothers are protective of their children — even the mothers that make you stop and ask yourself if you're sure about this family. It feels like a never ending battle and it's exhausting! To those of you who gain the approval, congratulations. To those of you who lack the approval, just keep moving forward. The son is making his own choice and his mother will live with it or you'll reach your breaking point.

Men, this is also your chance to step up and defend the girl you say you want to spend your life with. As long as you aren't disrespecting your mother, it's okay to stand up for your future spouse. You're trying to create a life with her and things will not be easy for you if you allow your mother to control everything. It also makes it awkward and miserable for the girl you're going to marry. Most of us will not go out of our way and say things, but we sure won't put up with someone disrespecting us either. And if you do make it to the alter and have children, your mother WILL NOT tell you and your spouse how to raise your kids. Parenting suggestions can be made, but raising children is up to you and your wife.

4 And he answered and said unto them, Have ye not read, that he which made them at the beginning made them male and female,

5 And said, For this cause shall a man leave father and mother, and shall cleave to his wife: and they twain shall be one flesh?

6 Wherefore they are no more twain, but one flesh. What therefore God hath joined together, let not man put asunder.

It is by God's design that we are to leave our parents and become one with our spouse. It doesn't mean you have to disrespect your parents or never speak to them again. It simply means that you put each other FIRST! Now, some of you that read this who know me probably think, she can talk an awful lot for a daddy's girl. You're right, I can, but my parents have demonstrated this to me in their own marriage. You put each other first. God is number one followed by your spouse. My parents are my biggest supporters and I know I can rely on them for anything. My parents also know that I want to figure things out on my own, but I have no problem asking them for advice or guidance.

The point, however, is no matter what you do in life you hold the key to your own happiness. It's okay to find someone that makes you happy. You cannot let anyone control your every move. It's okay to rely on your parents, but you need to know how to be your own person as well. When you're building a life with the person that will become your spouse, they should be one of the first people you call when something goes wrong. Take the necessary steps for whatever is going on and update your future spouse then call your family. At the end of the day, it comes down to you and your partner. Your partner is the one you're supposed to respect enough to keep informed and to always place first.

With all of this being said, guys, don't be a Mama's boy to the point of it causing problems in your relationship! The odds of it being successful and lasting are slim. There are many articles that can back this up in a simple Google search and some of the articles will even tell the girl to run away in the opposite direction! So, guys, my question to you is simple: how far will you allow your mother to go? Is it worth being a mama's boy? Or is it better to stand your ground respectfully and still have a real relationship? Dating in this generation is already hard, but why make it harder?

Emmaline B
The Narrative
4206
https://unsplash.com/photos/O0T1SIgHAfM