What Font You Are Based On Your Zodiac Sign
Odyssey

What Font You Are Based On Your Zodiac Sign

Yeah idk either have fun 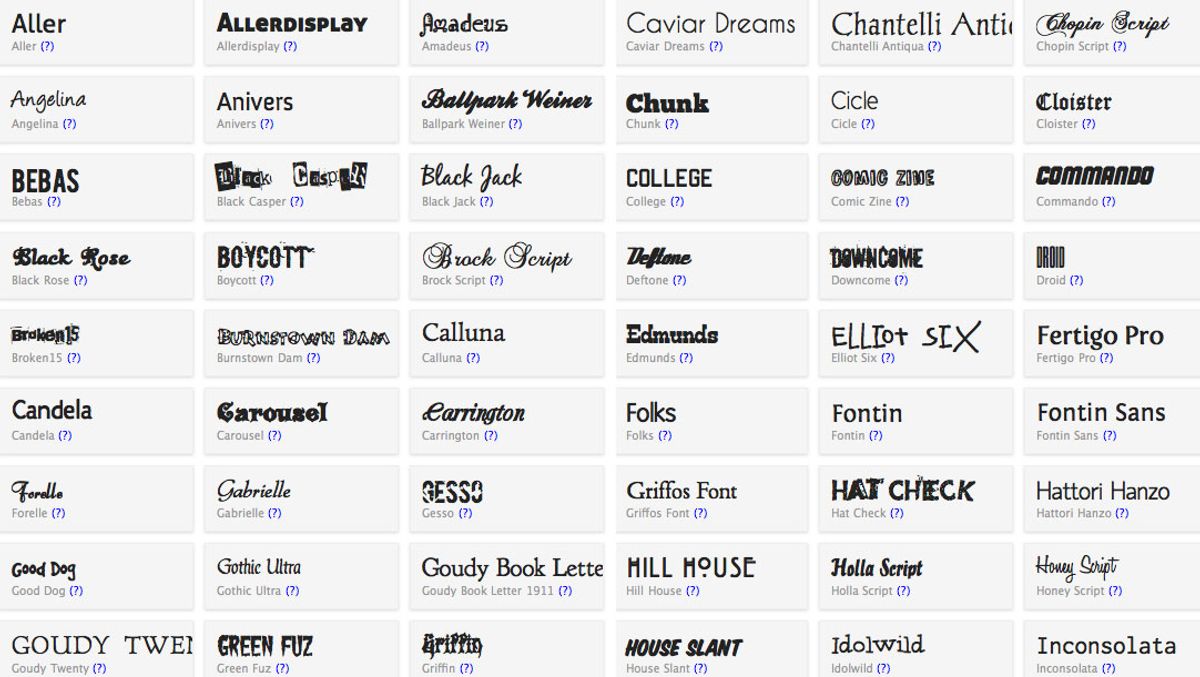 Hello! I was joking around about what to write about and this topic came up. I laughed at it like it was a joke but it turns out I’m fake because here it is:

Aries are known for being bold. If you are an Aries, you are most certainly bold and have a large personality. Your font is Merriweather which is slightly larger than the other fonts despite claiming to be a size 12, and a little bit bolder.

Ugh! I looooove Libras. They are such nice, down to earth people. Libras are the font Cambria because they are a little understated in their personas until you get them to open up. They are also soft once you crack their exterior. They’re great!

Tauruses are arguably the best. Arguably so because they will definitely argue if you disagree. They are Time New Roman because they are a fun classic that are as diverse in their characteristics as the font is diverse in its appropriate uses.

Scorpios are….Scorpios. If you have had one in your life you know what I am talking about. 2 out of my 3 boyfriends ever were Scorpios and man oh man did that involve a lot of headbutting. What a time! They are Arial because they seem normal at first but there is a definitive undertone of them always trying to be the leader.

Everyone always claims that Geminis are the worst, but I would have to disagree! They are great people, they can just be stubborn sometimes but can’t we all? They are Montserrat because they are a bold yet fun bunch.

Sagittarius’ are out there. They are people you enjoy interacting with, but their true and unique self becomes more noticeable over time. They are the Amatic SC font!

Cancers are very put together people. They understand responsibility and tend to push themselves, but when the night comes they are an absolute firecracker! I am a big fan of Cancers. They are Comfortaa because they are very standard in getting the message across, but also more fun than the usual. They are the type to rally but still take the midnight bus home.

Capricorns are just nice people. They are not out to get you or engage in a power struggle, they genuinely want to just be included and hang out. They are Calibri because they tend to be understated and cool. Capricorns are cool.

Leo’s are a rowdy bunch! I live with a Leo and she is always down to party until the break of dawn. A great person and conversationalist, I give Leos the Bree Serif font because they are rambunctious and tenacious, and also the Leo I know is nicknamed ‘Bre’.

Oprah is an Aquarius and if you don’t love her you are weird as heck. Obviously, Aquarius love to challenge themselves and do not let the anything knock them down. They are Georgia because they are a straight up classic go-getter. Love it!

Virgos are soooo artsy. They generally have some type of talent that us mere mortals do not possess. They are Caveat because it is fancy like them and also reminds me of the word canvas like they probably use for art.

Pisces are such fire pistols. They are most certainly headstrong people who try with all of their might to get their way. My sister is a Pisces and she can argue for ages until she wins, and I’m the pre-law one! They definitely don’t know when to stop but that just makes them all the more loveable. They are Ultra because they are loud in meaning or in actuality when they need to be.
Report this Content
This article has not been reviewed by Odyssey HQ and solely reflects the ideas and opinions of the creator.