What Does It Mean To Be A Baby?

What Does It Mean To Be A Baby?

The answer changes as you grow up. 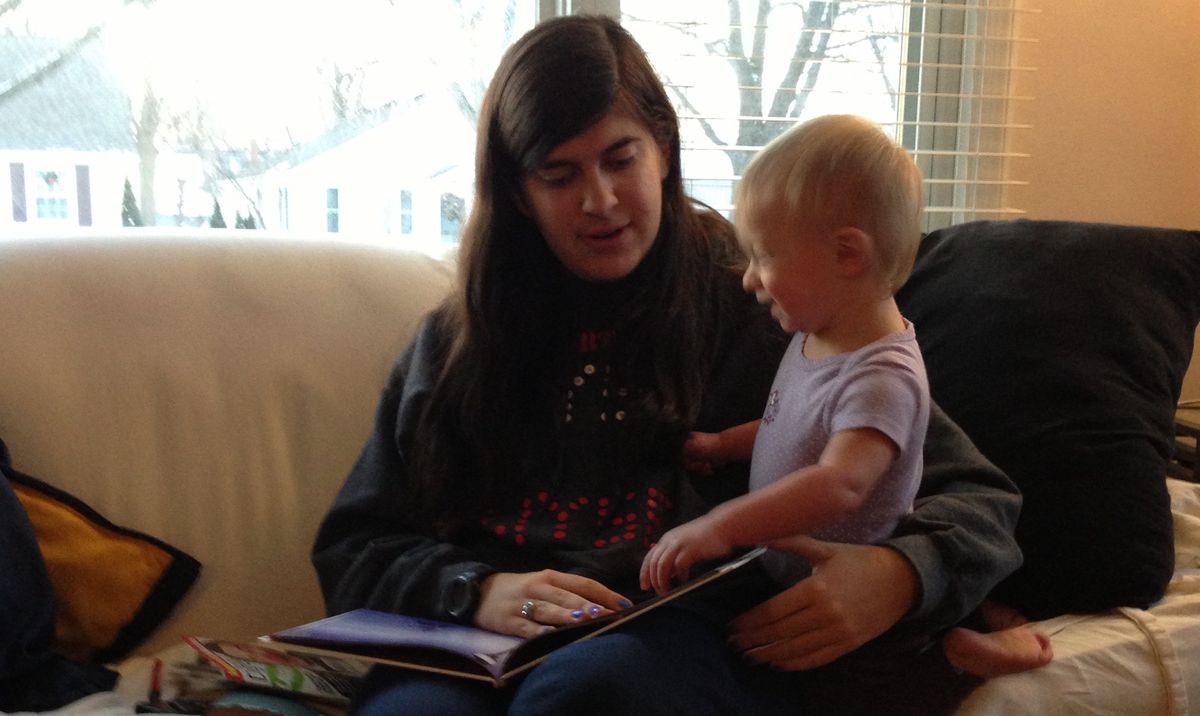 While going through some old writing pieces on my computer, I found this essay I wrote for a creative nonfiction class my freshman year of college. I'd like to share it with you here.

It’s nine-thirty a.m. on a Tuesday, and like every Tuesday and Thursday morning, I’m sitting on the carpet of a playroom in a church, entertaining toddlers. The International Women’s Club holds English lessons for its members twice a week, during which volunteers like me provide childcare. The members are immigrants from various countries in Asia and Africa, and the children range from infancy to about four years of age. I work in the two-years-and-under room.

Things are pretty quiet today—no one’s crying or throwing a temper tantrum because Mommy left—so I take out my cell phone and snag a few pictures of the girls I’m watching. Johna is sitting at the table, playing with simple puzzles of zoo animals and teddy bears. At the other end of the room, Keyla is methodically emptying a box of dolls and stuffed animals, cradling each before setting it aside for the next. Luciana, the baby, has just woken up from her nap and is now gazing at the world around her carseat with drowsy eyes. Aliya, the eldest, comes over, pushing a walker toy with a brightly-colored bug at the end in front of her. She peers into the carseat.

“Baby!” she says. While none of the families here for lessons speak English as their first language, Aliya’s mother is more fluent than most, so Aliya has picked up a few early words.

“That’s right!” I reply in the encouraging, high-pitched voice I use with small children. “That’s Luciana. She’s a baby.”

Aliya picks up a toy monkey that was lying on the floor nearby. Just as I take another picture, she tosses the monkey at Luciana’s face.

“Aliya!” I scold. I snatch away the toy and start to gently rock the carseat, hoping that she hasn’t disturbed the baby—it’s much easier to make an infant cry than it is to get her to stop. To my relief, Luciana remains calm, merely blinking in the general direction of the soft, purple toy in my hands. Unperturbed, Aliya wanders off to play with the bug-walker again.

In a photo album back home, there’s a picture of me when I was three years old, standing next to my baby brother’s little swing-seat, smiling proudly at the camera. My brother’s eyes and nose are barely visible, peeking out from behind a pile of stuffed animals.

Fifteen years later, I can’t remember why I buried my brother in his toys. Maybe I wanted him to have a good time, and for me a good time meant lots of toys. But I doubt my childhood motives were so altruistic. It’s more likely that I did it because, as a baby, he couldn’t resist; I do remember getting in trouble once for prying open his eyelids while he was sleeping.

Yes, that was probably it: I saw my brother as an adorable little doll, and it’s likely that Aliya sees Luciana as one, too. Sure, she calls her “baby” and not “doll,” but both she and Keyla have often taken the dolls out of their box and plopped them into my lap with the insistent declaration, “Baby!” (though with Keyla, it’s more like “Bee, bee!”) Baby girl, baby doll—same difference for a toddler. But while you can touch or hold the latter however you like, playing rough with the former gets you shouted at by an adult or scolded by a teenager. The girls will learn the difference as they grow up.

I look up at Aliya’s “something has happened that I don’t like!” wail to see her wandering away from the puzzle table with a small scowl on her face, pushing the bug-walker in front of her. Whatever she’d objected to, she seems alright now, but Johna, sitting in a little blue chair at the table, looks like she’s about to cry. I call her name and beckon with a hand, and she slides off of the chair and toddles across the room towards me. She crawls into my lap, and I put an arm around her as I continue to rock Luciana’s carseat. The olive-skinned, dark-eyed girl is warm in my arms, and she leans back comfortably against my chest.

Now, of course, I know that babies aren’t dolls for me to play with as I wish, and yet here I am, having gotten out of bed at eight even though I don’t have class until three, sitting on the floor with a gaggle of under-two-year-olds. My parents tell me that I loved playing with my little brother when I was three, that I’d try to cheer him up with toys and songs when he was crying and keep him away from baby-dangers like plugs in the walls or the edges of tables. Today, I love playing with these kids, trying to comfort them when they’re upset and keep them out of trouble. I guess some things aren’t to be grown out of.