The Week Of July 4th

The Week Of July 4th

I am Alton Sterling. I am Philando Castile. I am Dallas. 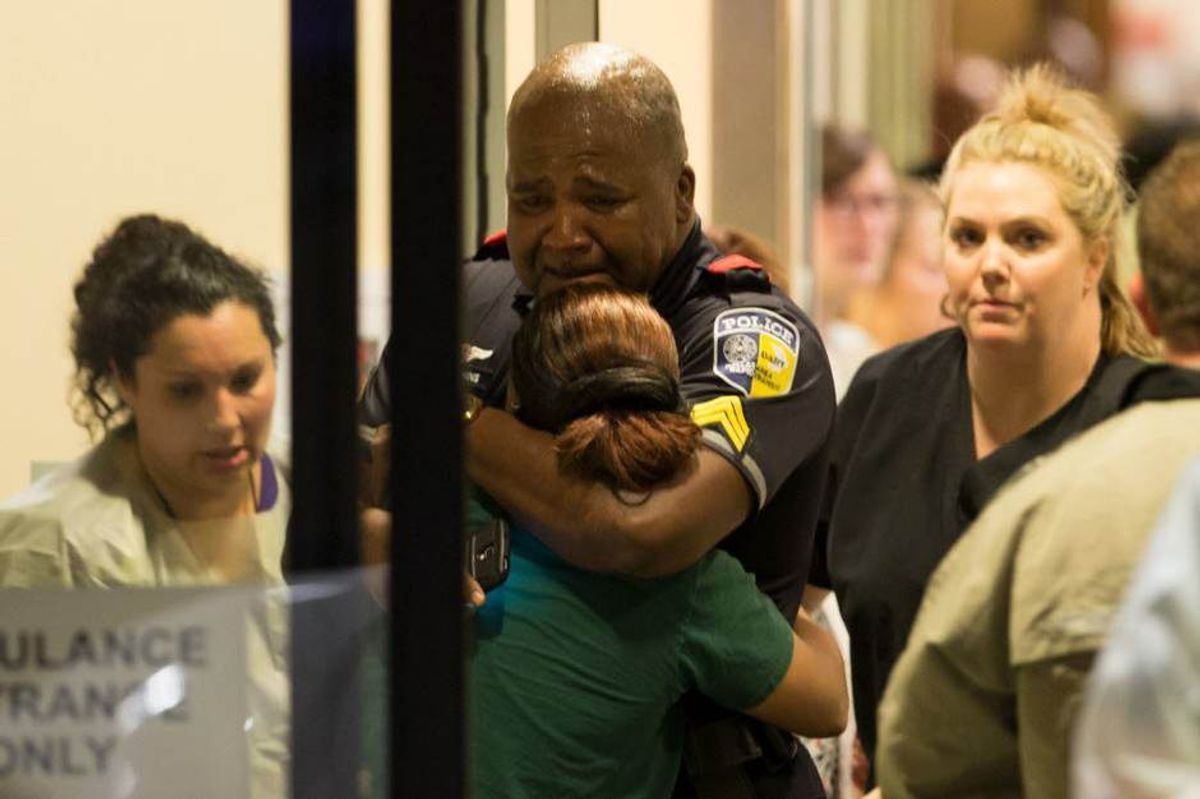 Selling CDs. A traffic stop. Protecting protesters. Simple things you didn’t think would lead to violence, but they did. All very different situations and yet so similar. People died at the hands of a gun. Those people were beloved parents and friends and were admired by their communities.

We all were just celebrating America’s 240th birthday. I saw posts online from many, all saying “Happy Fourth," enjoying the company of others and of course, enjoying the fireworks. I thought to myself, “Today is a good day for America. I am proud to be American.” The following days, I couldn’t say “Today is a good day for America,” because quite frankly, we haven’t been having good days.

We are the greatest country in the world, but surely we haven’t been acting that way.

Here are my thoughts.

America, we have a problem.

Yes, you read that right. We have a problem.

Not every black person is violent, not every cop is a bad cop, and not every white person is racist. I could go on with these “not every” sayings, but I shouldn’t have to be saying these type of things at all because we shouldn’t be quick to judge others. It’s like this metaphor I’ve been seeing all over the place: There are bad apples in the bunch, but there are still good ones we are able to enjoy. America, until we accept the fact that “the bad apples” don’t represent the whole, we will always be apprehensive of one another.

And for God’s sake can we please stop this picking sides, revenge thing. Yes, these people deserve justice but in no way shape or form does that entitle us to become violent with each other at protests and argue on social media.

Until we are all able to say those things, this country is going to be full of people walking around fearful of one another. People will walk around fearful for their own lives, children will grow up scared, wondering “Will I be next? Will I know the next person involved in a shooting?”

I could continue on and on about my thoughts this past week, but I’ll just save them for the next time we have another shooting. Those things are starting to become normal for us, because America, we have a problem.

Here are my final thoughts.

Time and time again I see the same people sharing something on Facebook with #bluelivesmatter and at the same time I see the same people sharing something with #blacklivesmatter. I stand on the fence. I thank those who protect us every single day, yet I know that some of them are not doing their job correctly. I’m well aware of the racial tension in our country, yet I know there are better ways to overcome this, just like we did before. Instead of arguing with each other and trying to protect our inflated egos, let’s work together so that I, we all, can say, “Today is a good day for America.”

With a total of 83 original songs, One Direction has many incredible songs that are often forgotten about.

Although they have been on a hiatus for the past five years, many of their hardcore fans spent the day reminiscing the days when the band was still together.