Living with mental illness is anything but glamorous. 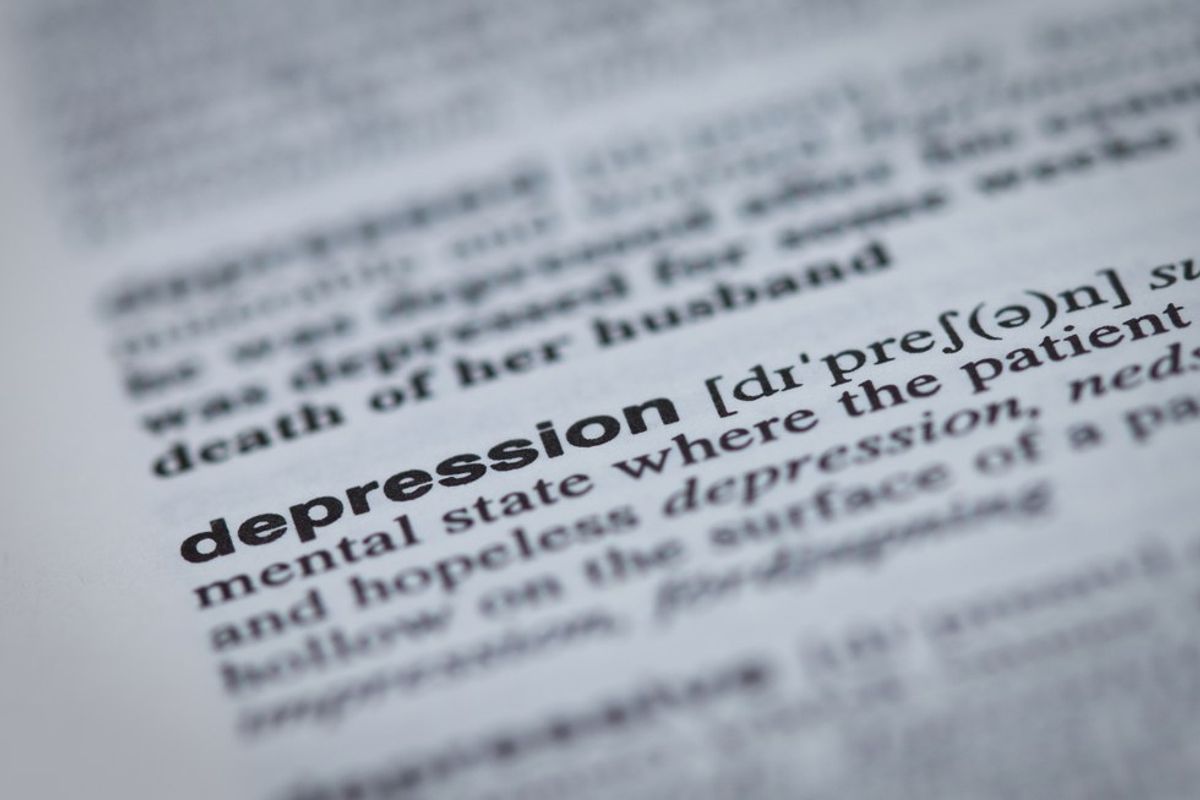 Being diagnosed with a mental illness is something that changes your life forever. When I was diagnosed with a mood disorder in my sophomore year of college, everything in my life shifted. I was so distraught and confused. I couldn't see any possible way that I could live the life I always wanted with this weight inside of my brain.

I started noticing more prominent mood swings. I was too anxious to go to class. My grades, something I had prided myself in my entire life, started to slip right before my eyes. As I sat in the psychiatrist's office, taking in the diagnosis, I knew nothing would ever be the same.

It's been two years, and I now know that I was completely right. Not many parts of my life are the same as they were before the diagnosis. Friends have come and gone. Significant others left, complaining that I was too overwhelming or distant. I changed majors, and eventually, schools altogether.

I've learned a lot in these past few years as I digested how to deal with the situation waging wars in my mind. I've learned that as much as I blamed myself, it would never be my fault. I learned that people are always going to treat me differently once they knew about my illness. And finally, I learned that society plays a huge role in the way we view mental illness.

The stigma associated with mental illness in America is paralyzing for those who suffer from it. People treat you like you either are severely damaged goods or an atomic bomb about to go off. Sometimes they even treat you like there's nothing wrong with you; like you're not actually sick. However, this is only one side of the spectrum.

The other side of the stigma spectrum is just as bad, if not worse. It's the side that romanticizes mental illness.

In the past decade, in an effort to shy away from the negativity of shaming mental illness, the media has started a love affair with its sufferers. Movies, books, and television shows have all painted a beautiful picture concerning mental illness. In most cases, the storylines involve perfect boys falling in love with imperfect girls struggling with depression, anxiety, or an eating disorder. They depict these very real illnesses as lovable quirks used to give characters the right amount of depth. What isn't illustrated is how difficult living with mental illness really is.

What mental illness really is, is a nightmare.

As a society, it is vital that we stop romanticizing mental illness. Preteens and teenagers are growing up thinking that it's romantic and beautiful to struggle with a disorder they know nothing about. They are self-diagnosing, and worse, self-medicating, to prove to the world that they are deep and glamorous.

Mental illness is anything but deep and glamorous. It's time for us to show the world what it truly is, and support those who suffer from it.